Many of the state laws passed in the latest legislative session take effect Sunday. 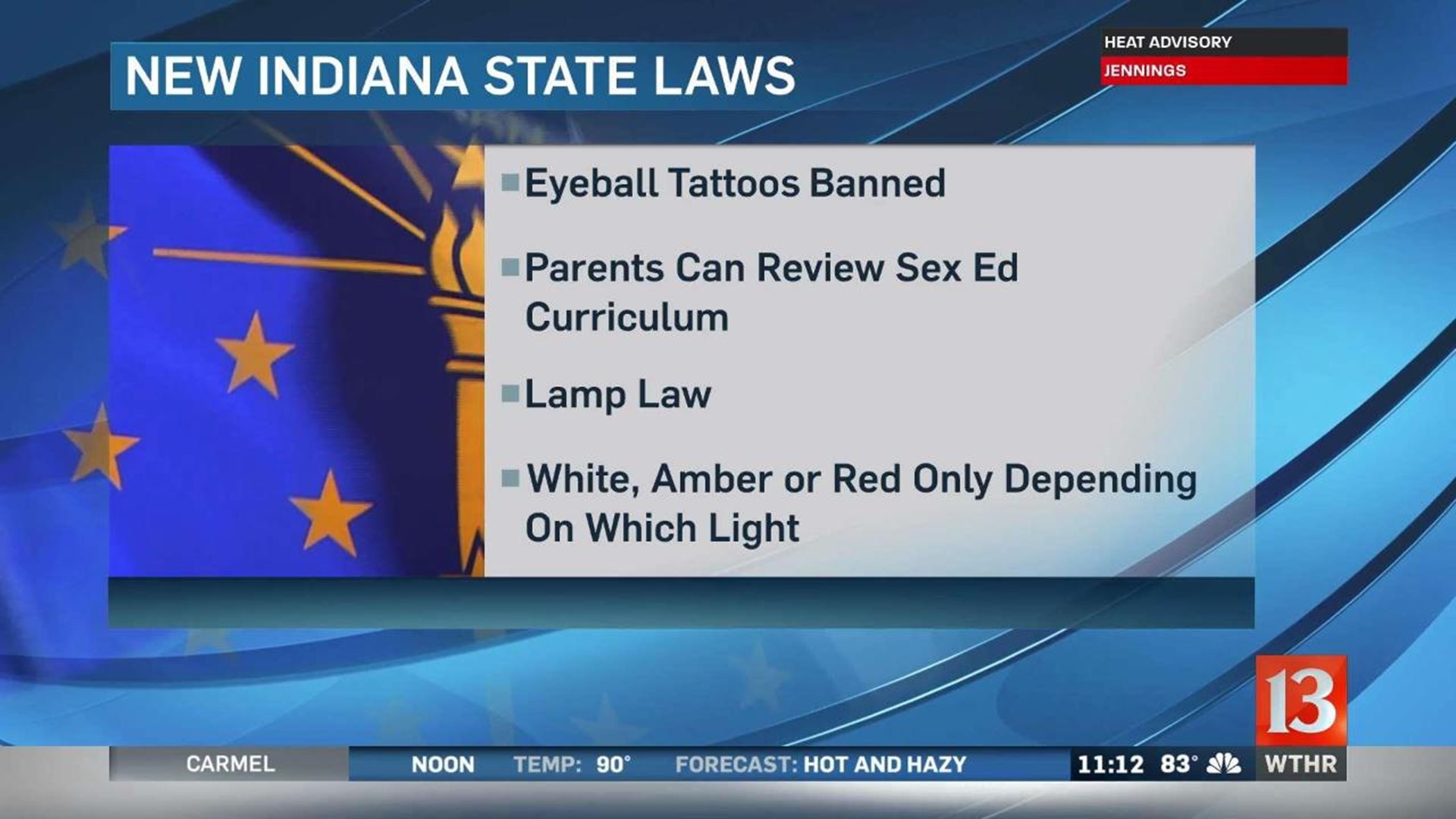 INDIANAPOLIS (AP) — Indiana lawmakers entered this year's session with limited ambitions when compared to years past.

They still passed dozens of new laws. And while many of the most attention grabbing ideas — like legal Sunday retail alcohol sales — were already made the law of the land, more are set to take effect on Sunday.

Here's a look at some of them:

DRUG DEALING THAT RESULTS IN DEATH

Starting July 1, anyone who "knowingly or intentionally manufactures or delivers a controlled substance" that results in the death of another can be charged with a felony that could send them to prison for decades. The measure was part of Gov. Eric Holcomb's agenda this year. While Holcomb has sought to take a compassionate approach toward the opioid crisis, calling addiction a disease and expanding access to drug treatment, the Republican has also maintained that the state needs to get tough on drug dealers.

Sen. John Ruckelshaus has said that he is not aware of any harmful incidents in Indiana that have arisen from the obscure practice of eyeball tattooing. But that didn't stop the Indianapolis Republican from taking action to curtail a practice he views as a potential public health scourge.

His measure, which was signed into law by Holcomb, was proposed following a flurry of news reports last fall about a Canadian model who had major complications from getting her eyes tattooed purple.

Tattooists will be prohibited under the law from coloring the whites of an individual's eyes.

An exception would be made for procedures done by licensed health care professionals. But that sets a threshold so high — further complicated by professional ethics guidelines, which obligate medical providers to do no harm — that the law amounts to an effective ban of the procedure.

A new sex education law will allow parents to review curriculum and "opt out" their children from such classes.

The bill's sponsor, Sen. Dennis Kruse, initially wanted to make it mandatory for parents across the state to "opt in" their children for sex education. But the Auburn Republican, who chairs the Senate education committee, backed down after other GOP legislators objected and agreed to switch it to an "opt out" provision.

Many Democrats opposed the bill, arguing that it's important for students to learn more about sex education, including sexual identity.

Rep. Matt Lehman succeeded this year in passing a property rights bill that curtails local governments' ability to restrict those who rent out their homes on short term rental websites like Airbnb.

But already officials in Carmel, one of Indiana's wealthiest cities, have thumbed their noses at the law, saying it doesn't apply to them. That sets the stage for a possible court fight.

Lehman, who's from the northeastern Indiana city of Berne, is one of the most powerful Republicans in the House. He tried to pass a similar measure last year, but members of his own caucus revolted.

The law passed this year allows people to rent out their primary homes. But municipalities are allowed to pass restrictions on secondary homes, such as requiring a permit to rent, or adopting noise and nuisance ordinances. Homeowners associations are also allowed to restrict short-term rentals. Municipalities that had short-term rental ordinances on the books before Jan 1, 2018, are exempted from the law.

Students at Cumberland Elementary School in West Lafayette championed the effort for years, but had been unsuccessful until Holcomb made it part of his agenda for the year.

He praised the young students for their perseverance and civic engagement at a bill signing in March.

The insect was named by Indiana native and entomologist Thomas Say in 1826.

Copyright 2018 The Associated Press. All rights reserved. This material may not be published, broadcast, rewritten or redistributed.