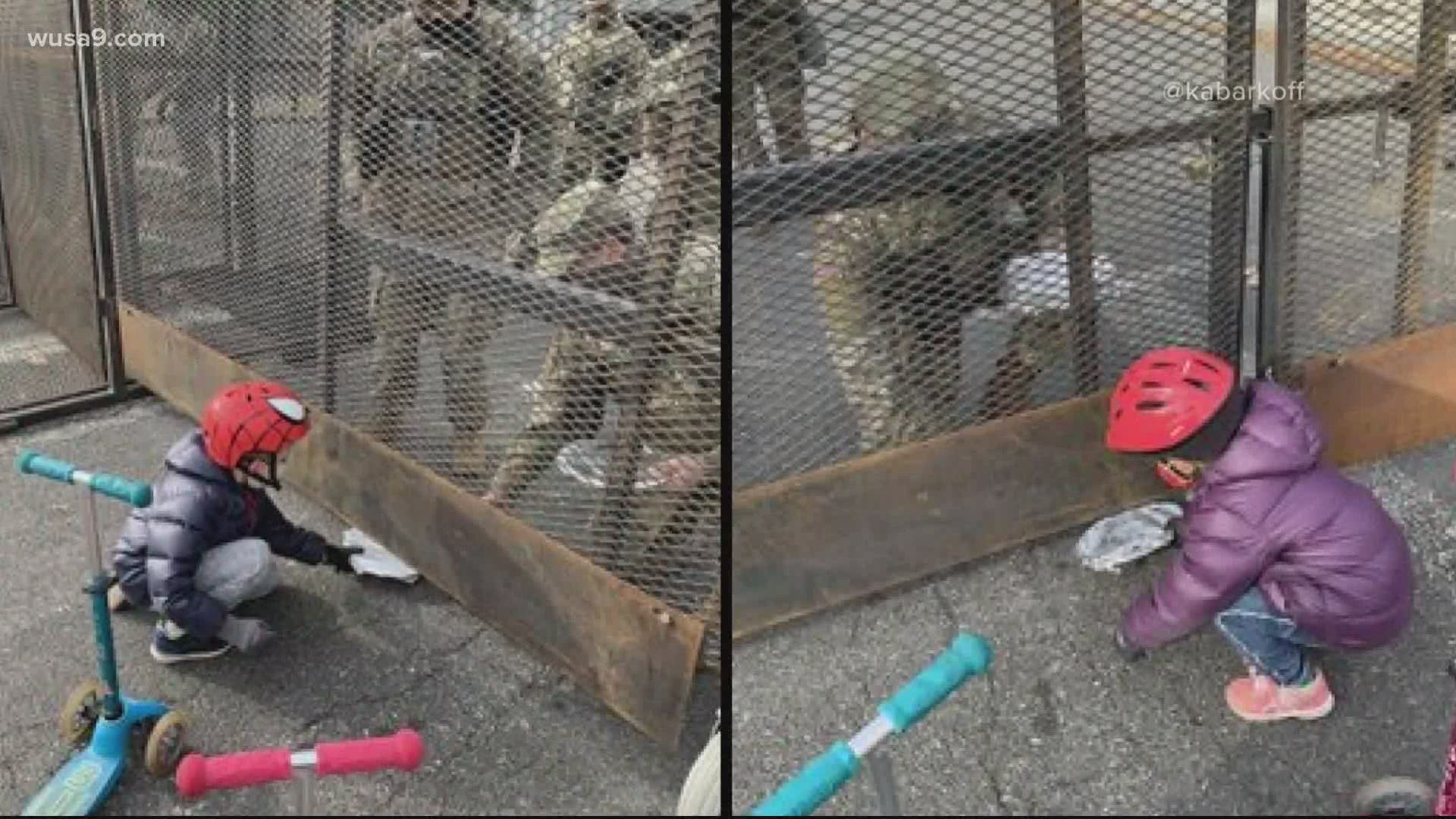 WASHINGTON — A D.C. family found a special way to show its support for the men and women protecting the Capitol Building leading up to the inauguration.

Four-year-old Quinn Lamy and her older brother Griffin, 5, handed out the cookies alongside their parents.

RELATED: 'They deserve to have a hot meal' | 30+ DC restaurants team up to feed troops protecting US Capitol

“We gave cookies to the soldiers because we wanted them to protect us,” Griffin said.

The children said guard members gave them a couple of badges and challenge coins in return. They called the National Guard “really cool."

Kendra Barkoff Lamy said she and her husband decided to take their children down to the security perimeter to teach them the need for kindness and empathy.

We made more cookies and went back to a different location on Capitol Hill. This time, this National Guardsman took his patch off his shoulder and gave it to Griffin (aka SpiderMan). No, I’m not 😢 you are! We’re lucky to be protected by good people like this. 🙏🇺🇸 pic.twitter.com/9Y6OISWXEv

She said it was a spur of the moment decision.

“Bringing them cookies to show our appreciation is just a real token of how we should be as Americans, which is showing empathy and compassion,” she said.

Barkoff Lamy tweeted out photos of her family’s gesture on Sunday. Her tweet has already received more than 5,000 retweets and 56,000 likes on Twitter. She said she was happy to see so many people felt the need to show compassion at this time as well.

“It gives me such hope that so many other people saw what we had done and really felt like it was an amazing thing to do,” Barkoff Lamy said.

Barkoff Lamy, who once served as press secretary to Vice President Joe Biden, added everyone protecting the new president-elect and vice president-elect deserve the public's gratitude.

“We met one woman from Utah, who left her 4-month-old baby back in Utah, to come here and stand outside in the cold for hours to protect us and protect the president-elect and the vice president-elect,” she said. “That takes a lot of sacrifice to do.”