It's not illegal for political parties to do this and it's happened before. 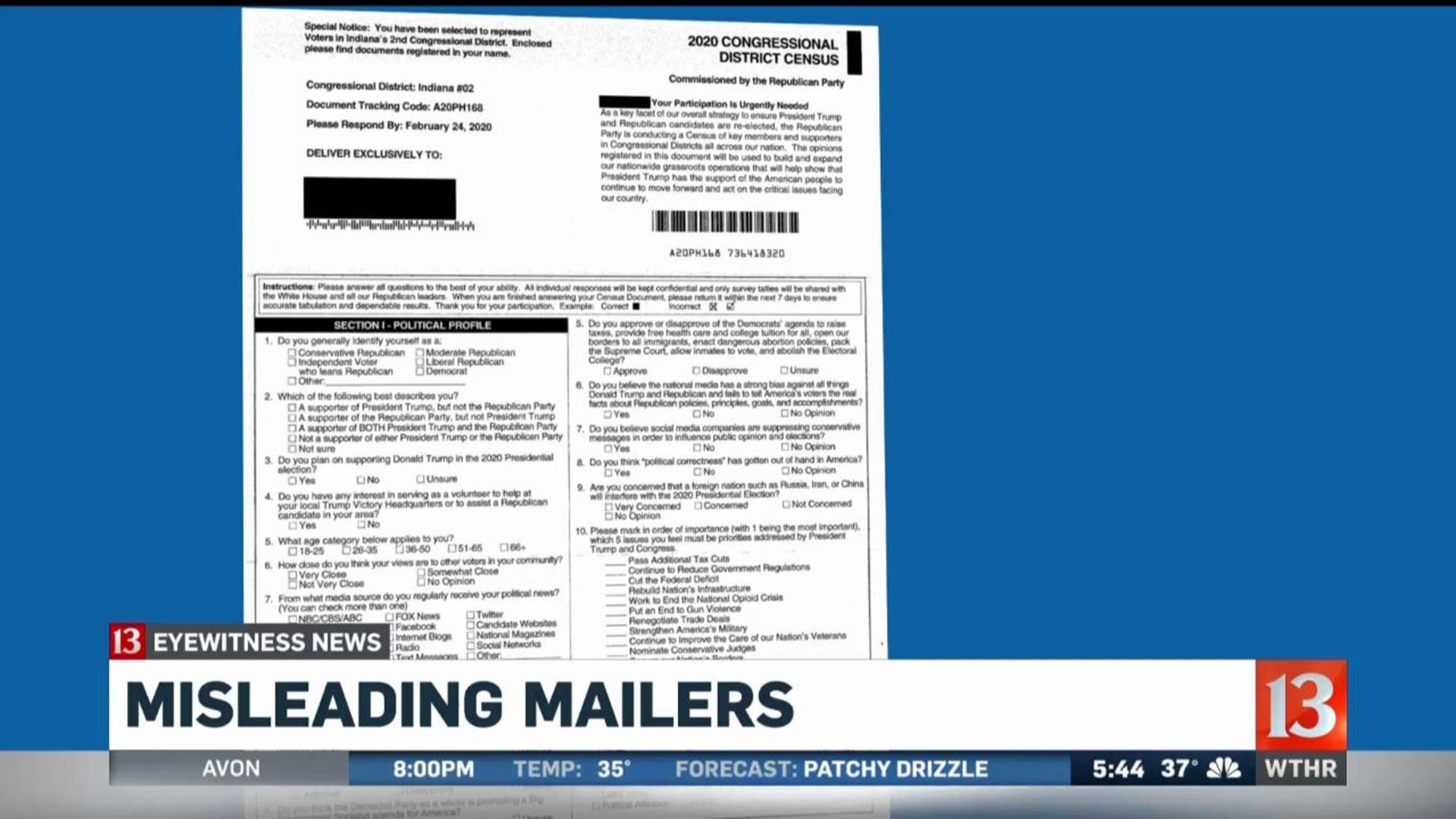 The results are important.

They determine the number of seats each state will get in the U.S. House.

But a mailer circulating in Indiana may mislead Hoosier voters about the census.

A couple of viewers reached out to Eyewitness News about it, worried the mailer - which is NOT part of the official U.S. Census - is confusing people.

The envelope says "Do not destroy" and "Official document".

It says to complete and return by February 24th.

The letter also encourages the voter to "act today" and comes with a form on cardstock that at first glance, looks like a real Census form, again with "2020 Congressional District Census" right at the top.

Not an official form

This form is not for the official U.S. Census.

It's actually a survey and fundraiser from the Republican Party, asking voters questions about their political affiliation, whether they support President Trump's platforms and asking them to donate to the Republican National Committee.

It's not illegal for political parties to do this and it's happened before.

Hoosier viewers told us it's especially concerning where the document tells voters if they can't donate a large amount of money, to "enclose $15 to help pay for the cost of processing my Census Document."

What you need to know

The real thing will be clearly postmarked that it's from the U.S. Department of Commerce, U.S. Census Bureau.

Also, the U.S. Census does not cost any money to complete and it will not ask for donations.

We did reach out to the RNC.

An official, in a statement, told us "mailers are clearly marked that they are from the Republican National Committee."

The concern by some, is that someone fills this out and then when the actual Census happens, they may think "I've already completed it" and don't participate, which could result in inaccurate numbers.

The official U.S. Census forms come out this spring. They're set for delivery to the public on April 1.