The final day of early voting ended in an all-time high for participation this election cycle. 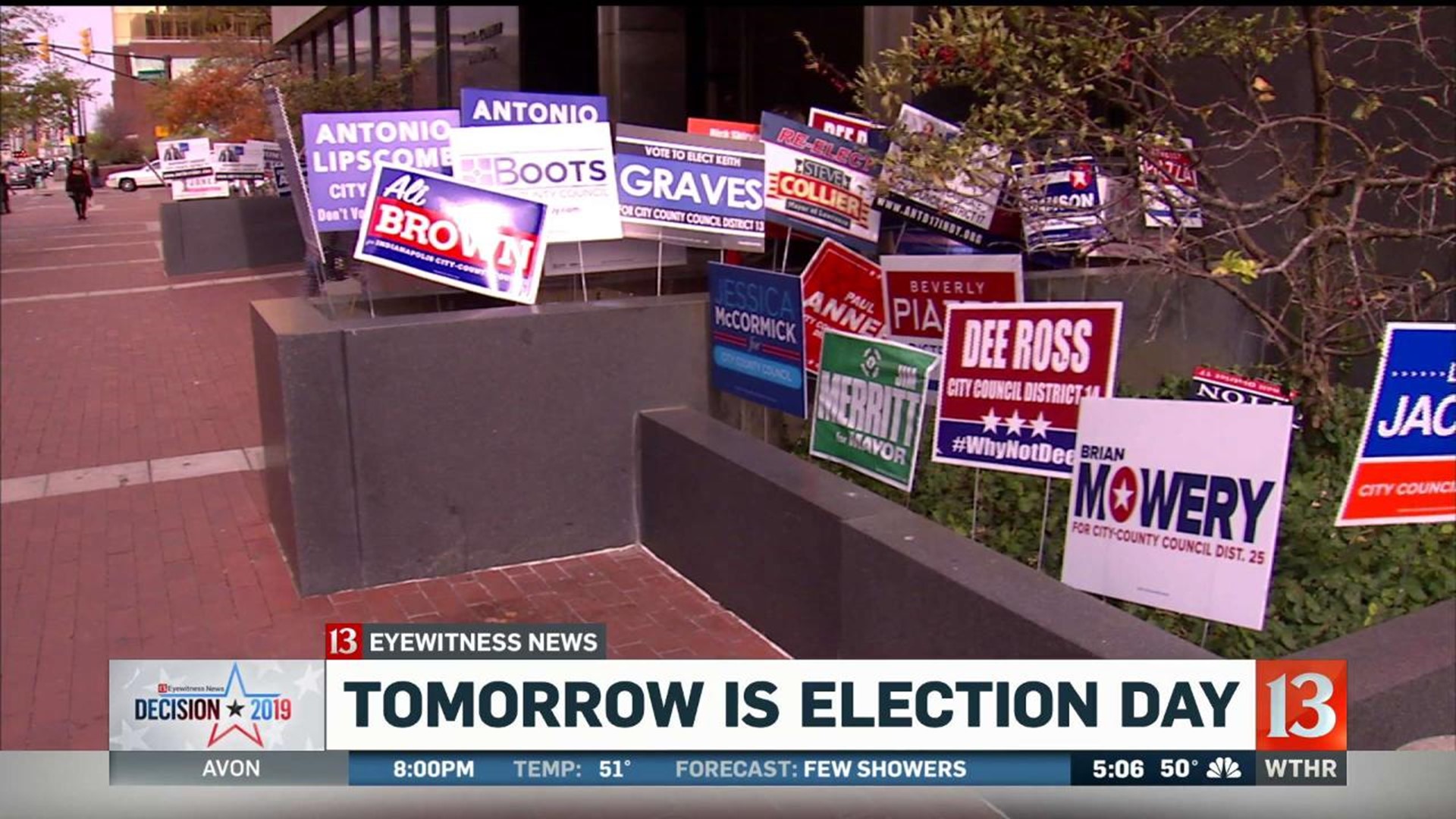 INDIANAPOLIS (WTHR) — Election Day is Tuesday, but more than 18,000 Marion County voters have already voted for mayor and their city-county councilor.

Some voted via absentee ballot but most, nearly 12,000, through in-person early voting.

Russell Hollis, deputy director for the Marion County Clerk's Office, said casting ballots on election should be easier and faster than previous municipal elections because voters won't have to go to their precinct to vote.

"They can vote at any of our 272 vote center locations spread through the county," Hollis said.

The data below was provided by the Marion County Clerk's Office:

A municipal election usually averages 15-to-20 percent of all registered voters. Hollis said the hope is by making voting easier, more people will cast ballots.

The fight for leadership of Indiana’s largest city is probably the most well-known race as Democrat incumbent Joe Hogsett takes on Republican Jim Merritt and Libertarian Douglas McNaughton to lead Indianapolis.

If you didn't vote early, you can look at your exact ballot to avoid surprises by clicking here and choosing your polling place details from the state’s website.

Polling centers will be open from 6 a.m. to 6 p.m. for Tuesday's election.