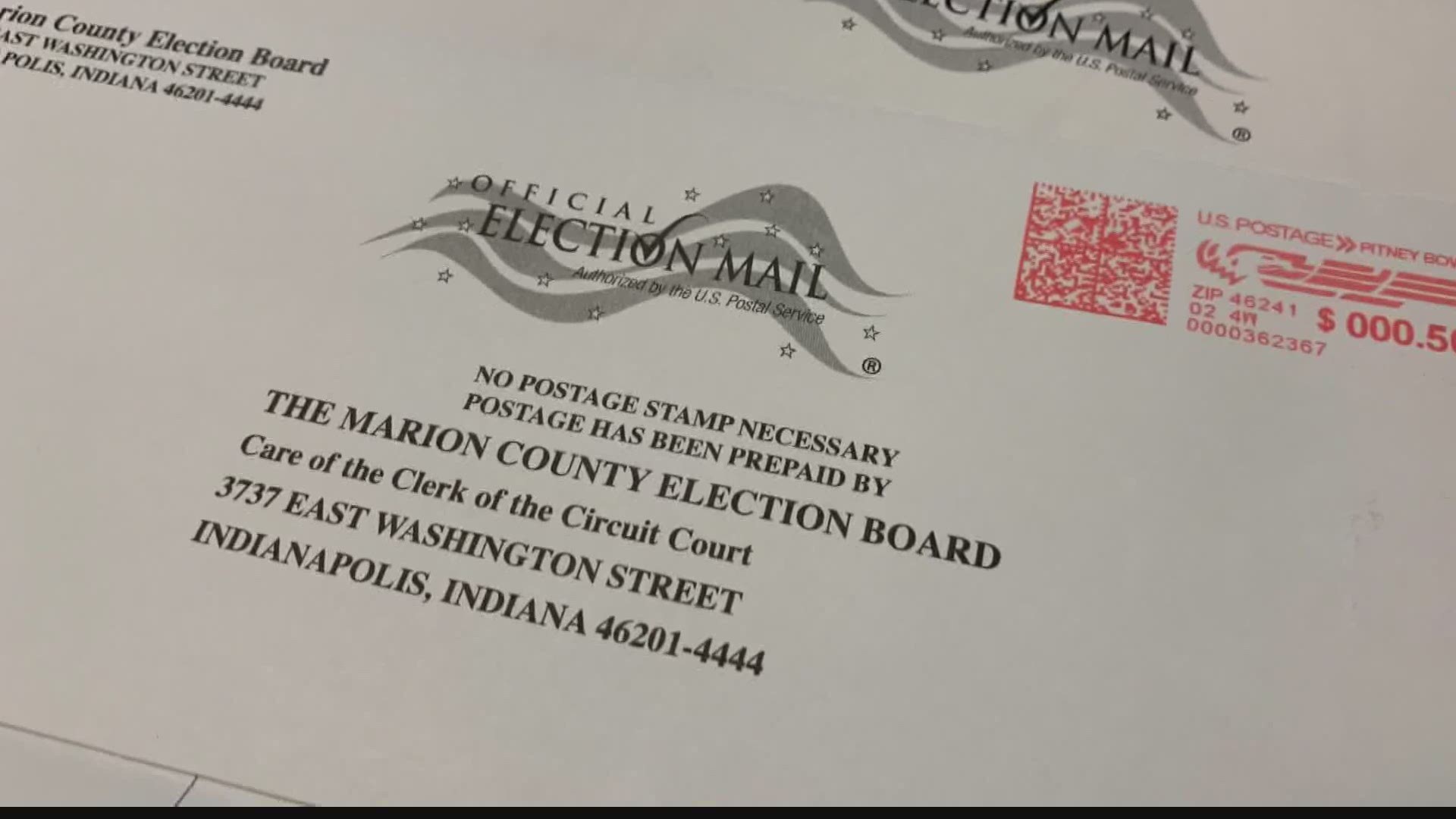 INDIANAPOLIS — In times of COVID-19, long lines at polling places are becoming a public health and safety issue.

With no guarantee of a vaccine before the November elections many people, including the two Democratic members of the Indiana Election Commission, are calling for mail-in voting.

Vice Chair Anthony Long said if it was good enough for the primary, why isn't mail-in voting OK now?

"We went through hours of deliberation to work this out in the primary and I think were very successful," Long said.

Long also believes mail-in voting will increase the turnout by about 10 percent overall. He also said there are about 40 states that have mail-in voting procedures in place now.

"Indiana is one in the minority at this point and we're not real proud of that," Long said.

According to IEC Chairman Paul Okeson, tighter restrictions were in place when the pandemic started. He said he cannot call a meeting due to a pending federal lawsuit against the IEC.

The lawsuit, filed on April 29, argues state leaders should extend no-excuse absentee voting in the November election and by not doing so, violates the 14th and 26th amendments.

The lawsuit awaits a ruling that Gov. Holcomb said he hoped would come around Labor Day.

"What's really the risk,and so what, maybe the pandemic is somehow miraculously better by election day. Then great, we have people going to the polls. But I think right now all of us would say that seems to be a little bit unrealistic," Overholt said.

Long said the biggest issue is the timing.

"That's why doing it now is so critical. We've got to order card stock. We've got to order additional ballots so that they can be mailed out and those deadlines. One vendor wanted a July date, so that date has already passed. If we wait until Labor Day, I think it may physically impossible to do this," Long said.

He also pointed out that the election commission has the full authority to declare the emergency and make adjustments for mail-in voting.