Johnson County clerk on voting issues, 'this is the worst election I’ve ever dealt with'

The Secretary of State’s office is aware of the voting issues in Johnson County. 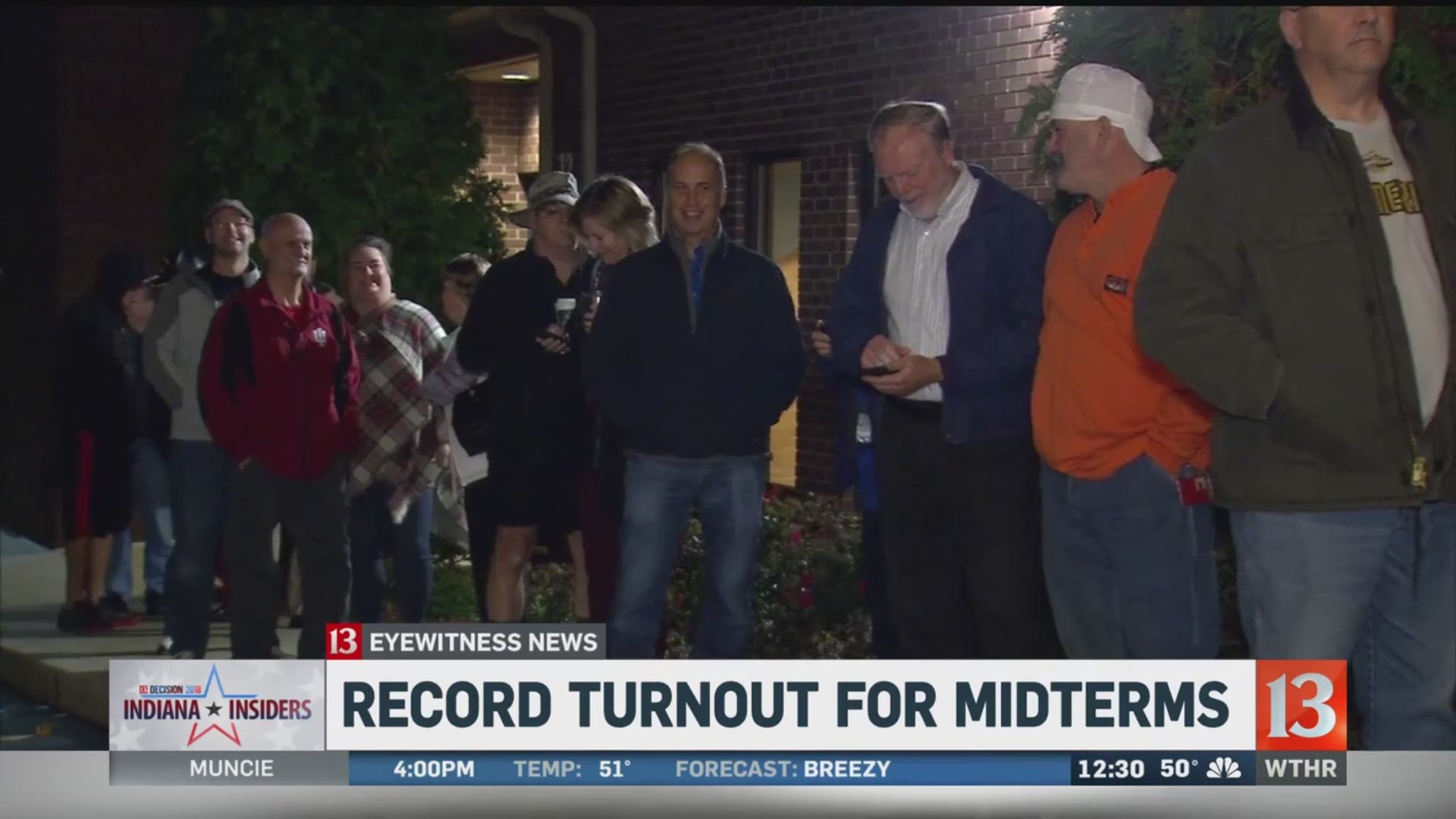 Despite hours-long delays in voting, the county closed the polls on time at 6 p.m. after lines began moving smoothly in the afternoon.

"They had gotten back to normal, the lines were normal, everything's working great, they were getting them through real fast, so I think we're OK there," said a spokesperson.

As the election board considered filing to keep the polls open later than 6 p.m., the county clerk's office was looking into adding some more machines at the precincts to help facilitate more voters. The problem started around 10 a.m., but did not show up in early voting.

"Once everyone else got on board in the nation, it's slowed everything down. Their server couldn't handle it. So they were telling us there was not a fix," ​Johnson County Clerk Susie Misiniec said.

Election Systems & Software provides voting equipment and support to about a third of the nation's voting jurisdictions, including Johnson County. ES&S released a statement saying, "The issue in Johnson County, Indiana has been resolved, resulting in faster check-in times for voters. Earlier in the day, the poll book, which is used to check in voters but is not related to voting machines themselves, was running slowly. The poll book operation is now significantly improved. We apologize to voters and to elections officials in Johnson County, Indiana for longer wait times than expected, and we thank everyone for their patience."

Misiniec said “this is the worst election” in her eight-year history as clerk.

"Obviously, you're aware that we have issues. We have a big issue," she said.

The electronic e-books used to identify voters had difficulty connecting with the server. It’s a critical first step in the voting process because it serves as a way to make sure voters cast ballots in the correct precinct. It also prevents voter fraud by raising flags if someone attempts to cast ballots in multiple locations.

According to Misiniec, the county experienced a similar slowdown around the same time of day during the May primary. She said the vendor ES&S of Omaha Nebraska, promised that the system had been fixed after the primary.

"We were assured after that issue (in the May primary) I mean, it was so upsetting. You've got people out there in line and your e-poll books don't work," said Misiniec, who is part of a three-person team that oversees the election.

Testing during early voting did not reveal any problems.

At 1 p.m., the clerk said all sites were operating but just going really slow. She said the problem was with ES&S and its server. The system was reportedly overwhelmed nationwide.

“I don’t know why it’s effecting Johnson County more than other locations,” she said.

Some people reported waiting in line for as long as four hours, noting the issues were at "bigger sites, as I recall, like Mount Pleasant, Community Church Greenwood, maybe the Vineyard."

When Johnson County voter Malita Funk arrived at her precinct to cast a ballot in the midterm election, she knew right away something had gone wrong. She recognized that fellow voters were not too happy.

"It's a little frustrating if you are on a time crunch. A lot of people are trying to get in and out. You don't wanna be frustrated standing in line," said Funk, who returned to the polls Tuesday afternoon.

Although her first visit didn't go so well, Funk explained how important the midterm is to her.

"The lines were super long, I had no idea why," said Funk. "I saw somebody post something on Facebook that some people had some issues with machines going down."

Thousands of voters like Funk waited and waited after the machines with the voter logs used at check-in crashed in Johnson County. The electronic glitch caught the clerk of courts by surprise, too, especially since their contractor for machines were tested ahead of time.

By early afternoon, the machines came back up, giving poll workers some relief. Election Chairman Phil Barrow started checking on the problems precinct by precinct.

"I visited three precincts this afternoon and they had gotten back to normal, so things were normal and everything was working great...I think we are okay there," Barrow said. "We will, if we need to, add more machines and we are looking at that right now."

Steve Melvin escorted an family member who is a senior citizen to Grace United Methodist Church in Johnson County to cast a vote. They learned earlier on about the issues at the polls.

"Fortunately, we voted after it broke down. So it's back up again and we had a good vote. It took about 40 minutes," Melvin said.

Brenna Joyce of Johnson County has only voted twice in her adult life. Now, she is determined to participate in the election because of what she sees happening in politics around the country. She believes it's more important now than ever for everyone who is eligible to vote to do so.

"The climate in our country is a little yucky, so I feel like it was very important to vote," said Joyce.

During the peak voting hours, the line was out the door at Grace United Methodist Church in Johnson County. One of the poll workers shared with Eyewitness News when they ran into the glitch, people remained calm. Still, some folks left frustrated and without a chance to vote. Rural polling places in Edinburgh and Trafalgar were not impacted by long wait times.

Some people are leaving without voting in Johnson County because of the long wait/poll problems. https://t.co/D9vp3KaHFu #Decision2018

Barrow explained that although they ran into the glitch, they decided against seeking a court order to extend the voting hours past 6 p.m.

The election chairman promised that anyone in line at precincts across Johnson County no later than 6 p.m. sharp will get a chance to vote.