The organization said their Congressional affairs committee made the determination that the group would remain neutral in the race. 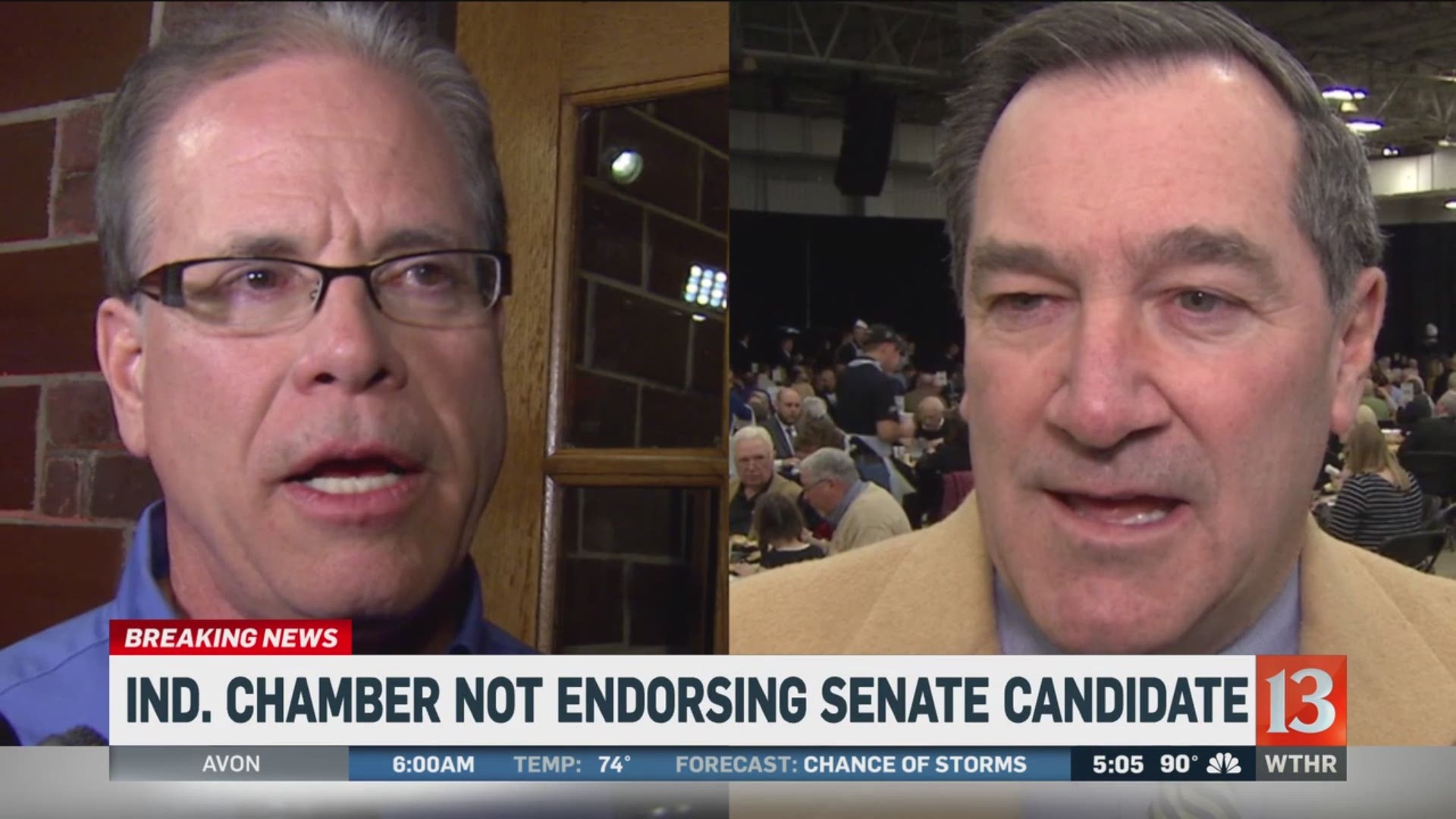 INDIANAPOLIS (WTHR) - The Indiana Chamber of Commerce has announced they don't intend to endorse either candidate in the U.S. Senate race between Joe Donnelly and Mike Braun.

The organization said their Congressional affairs committee, a group comprised of business leaders from throughout the state, made the determination that the group would remain neutral in that race.

Those leaders conducted interviews with each candidate, finding issue with each of their stances on public policy, including health care and trade.

"The committee carefully examined the policy stances of Sen. Joe Donnelly and Mike Braun, concluding that for each candidate there was good alignment with Indiana Chamber efforts but also notable areas of disagreement. Therefore, the decision reached was to remain neutral and make no endorsement in this race," said the Chamber's Kevin Brinegar.

The Chamber has only been considering federal endorsements for approximately the last 10 years. In each of the prior three times a Senate endorsement was made, those were open seat races with no incumbents, which is not the case this year.