Hoosiers wait for hours to make sure their vote is heard

Voters were met with long lines Tuesday for Indiana’s primary election with many waiting more than two hours to vote in Marion County. 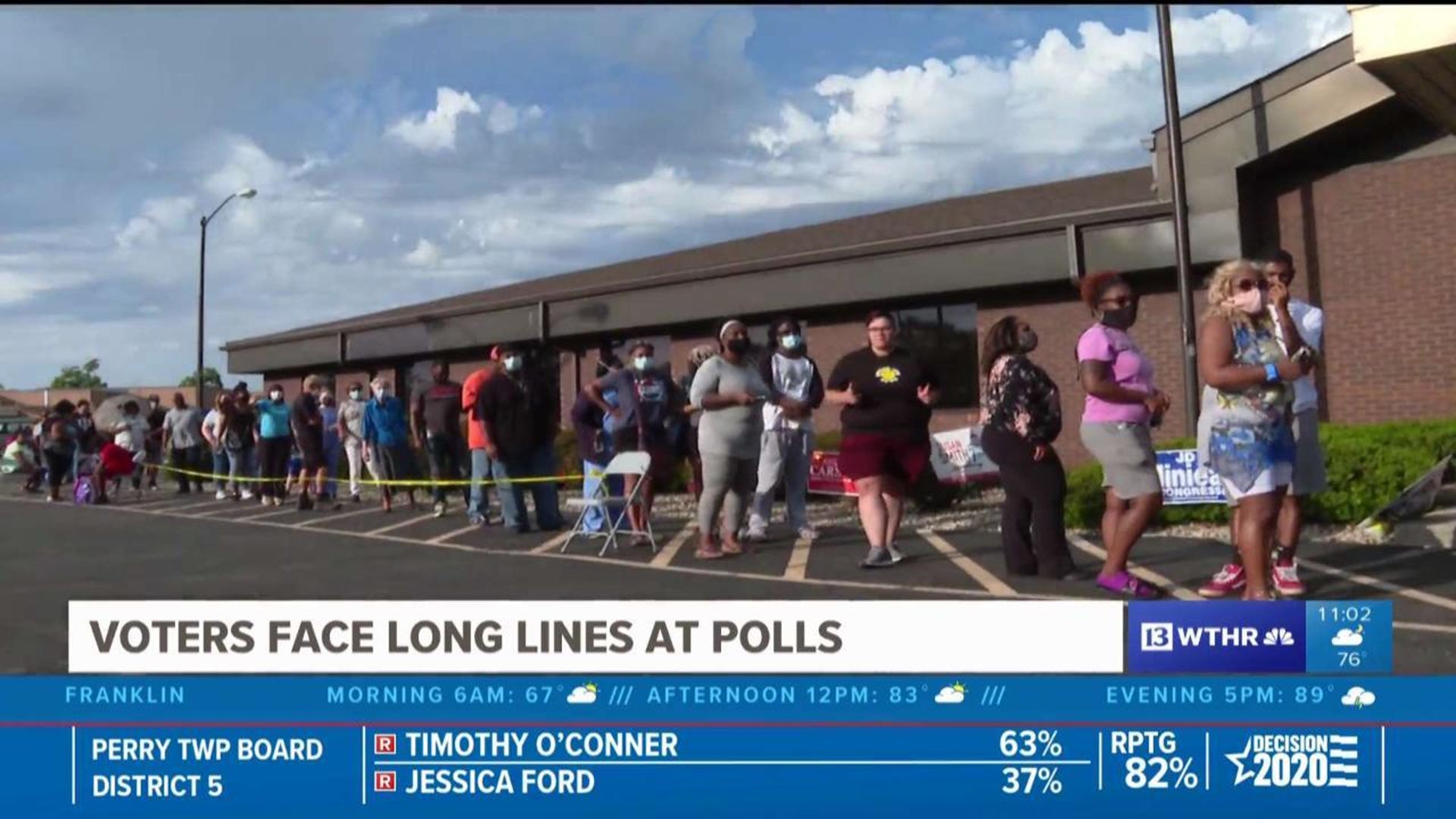 INDIANAPOLIS (WTHR) - Voters were met with long lines Tuesday for Indiana’s primary election with many waiting more than two hours to vote in Marion County. That’s because of fewer polling location and poll workers, according to election officials.

The heat didn’t make it any easier on voters. Volunteers passed out water bottles for those waiting in line that were dehydrated.

But many voters said they were still determined to wait and use their voice.

“Voting matters. We are young, but we can make a change,” said Kaysha Gillard, who waited more than two hours.

“We are going to stand here and make sure that we cast our votes and we are going to make sure to tell everybody else how to get their votes counted,” said Brittney McDaniel, who helped direct people where to go.

Once 6 p.m. hit, poll workers quickly shut down the line as voters raced to make the cut. Many said it was frustrating with the lack of organization and parking, which made it harder to vote.

“Nobody is directing traffic and you don’t know where the line starts at,” said one voter in line.