Hoosier makes his own Trump message after signs stolen again

An Indiana resident's Donald Trump sign kept getting stolen, so he made one of his own - by mowing it into his front yard. 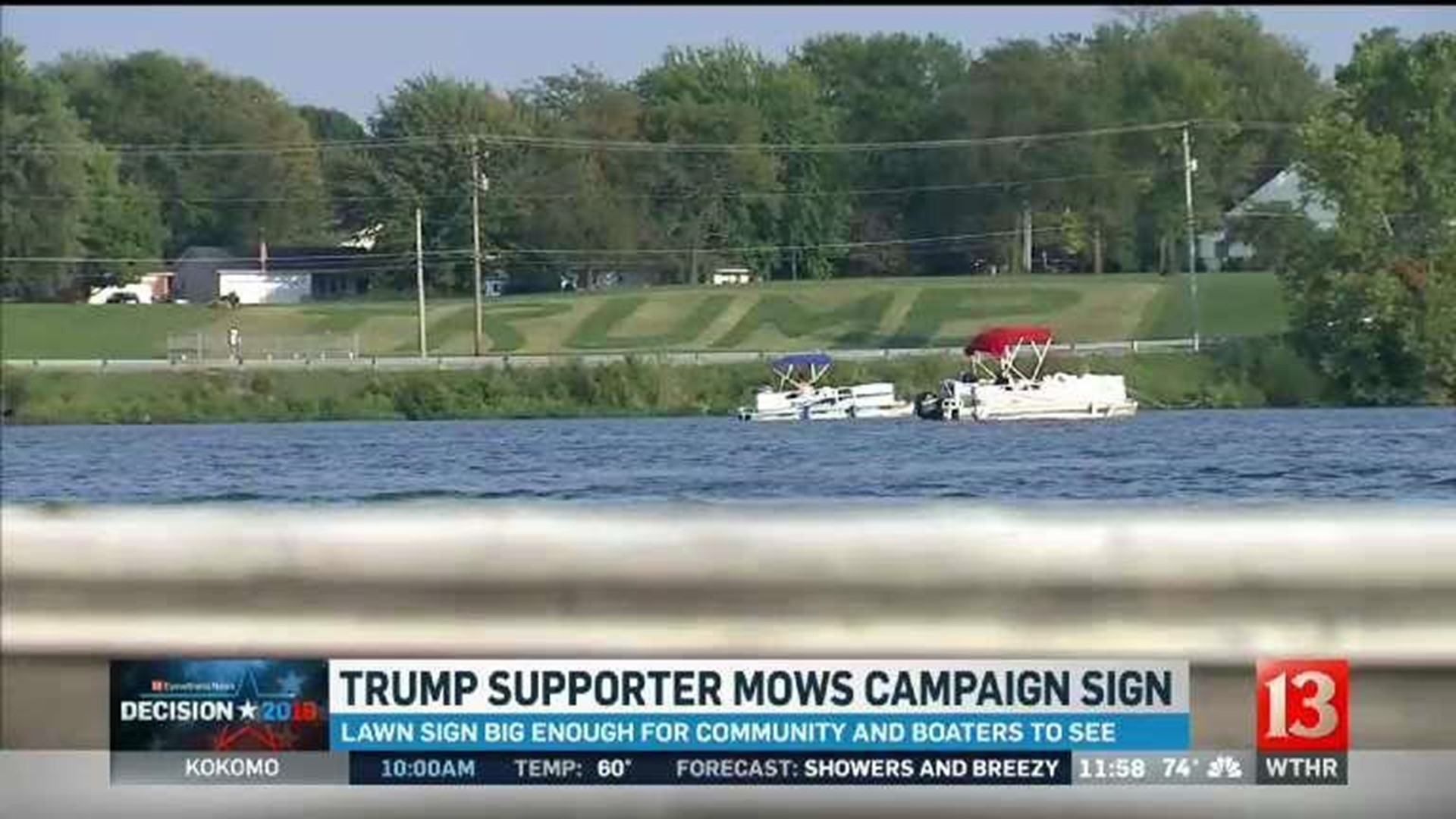 CICERO, Ind. (WTHR) - A single campaign sign sits in front of his house. The rest of Jarrald Hawkins' have been stolen.

So this weekend, when he found yet another sign had been taken from his yard, Hawkins decided to do something different.

"I guess you could say that was the straw that broke the camel's back," he said.

"Freedom. You know, that's what America's all about. Freedom of speech. I think it's great," said Michael Carlson, who lives in Cicero.

He took a weekend chore - mowing the yard - and turned it into a political statement.

"I figured I'd do something a little more permanent this time," Hawkins said.

"Oh man, I've had mine stolen a couple of times too....So, good for him," laughed Cicero resident Mike Franklin.

"He has the ability to advertise who he wants to vote for, and I think it's his right," said Craig Bowen of Cicero.

The right to mow giant letters - big enough for boaters on Morse Reservoir to see, and so large it's tough for anyone driving down Main Street to miss it.

"I'd say it's about 95 percent thumbs up, horns honking...5 percent-- let's not say that on the camera," said Hawkins with a chuckle.

One day of trimming and grooming to get a message across.

"Nobody really has the right to try to silence anyone else’s voice,” said Hawkins. “This is the only yard that I have available to me and I feel like, if I want to put a Trump sign up, I'll put a Trump sign up. If the guy down the road wants to put a Hillary sign up...that's what makes this country great,” he explained.

"If this was a poll, Trump's got it by a mile... Actually by an acre,” explained Hawkins.

One man. One machine. And five letters getting a lot of attention.