Holcomb had called the bill unconstitutional and promised to veto it last week. 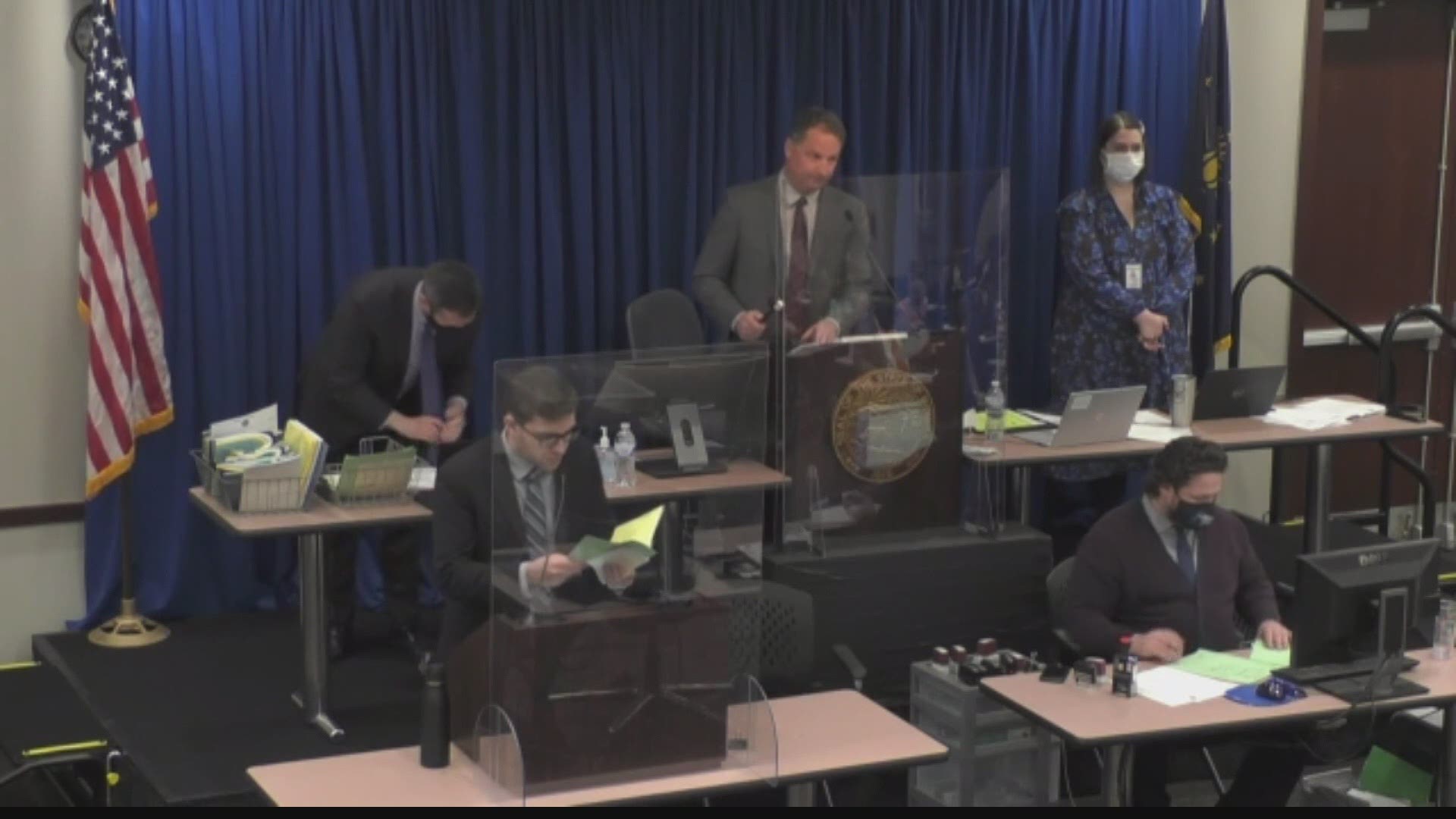 INDIANAPOLIS — Gov. Eric Holcomb vetoed a bill Friday that aimed to give the legislature more power to intervene during state emergency orders.

Holcomb had called the bill unconstitutional and promised to veto it last week. Republicans have a super-majority in the statehouse and can easily override the veto.

In a statement, Holcomb said in part:

"If HEA 1123 becomes law and can be used by the General Assembly, it will create significant uncertainty and solidify the controversy over its constitutionality. This is a matter of immediate and substantial public interest. In addition, any legislative actions taken during an unconstitutional special session will be void and thus open and subject to legal challenges to set them aside. Government should serve as a steady foundation during a time of crisis. Avoidable legal challenges during a state of emergency will only serve to be disruptive to our state."

Republican legislative leaders praise the governor’s actions during the pandemic but say the bill is meant to allow the input of lawmakers during extended emergency situations.

"I do want to be clear that I support efforts to increase partnership and collaboration between the legislative and executive branches during states of emergency. I remain willing to work with the General Assembly to address their concerns to represent our shared constituents during declared states of emergency," Holcomb said in the statement.

As for those stay-at-home orders, the mask mandates and the business restrictions, some Republicans lawmakers say they should have more of a say on such things in a public emergency.

“My opinion is the legislative branch needs to make sure it has a seat at that table,” said Rep. Matthew Lehman (R-Berne).

The vote came after months of criticism from some conservatives who argue the governor took things too far.

So what happens from here? There's the possible vote to override. Either way, the whole thing could also end up in court.

“It very well could,” said Lehman. “There's been some threats of that. You've heard that outside this building. But we're going to do what we have to do as a legislative body."

"I think that GOP legislators really used public frustration with closed schools and the stay-at-home orders to really say ‘I think these have gone too far,’" Madeira said.

This year's session ends at the end of the month, which means lawmakers have a few weeks to decide what to do next.