Dr. Borst served in the State House of Representatives from 1967-1968 and State Senate from 1969-1984. He also served as both secretary and president of the Indiana Veterinary Medical Association. 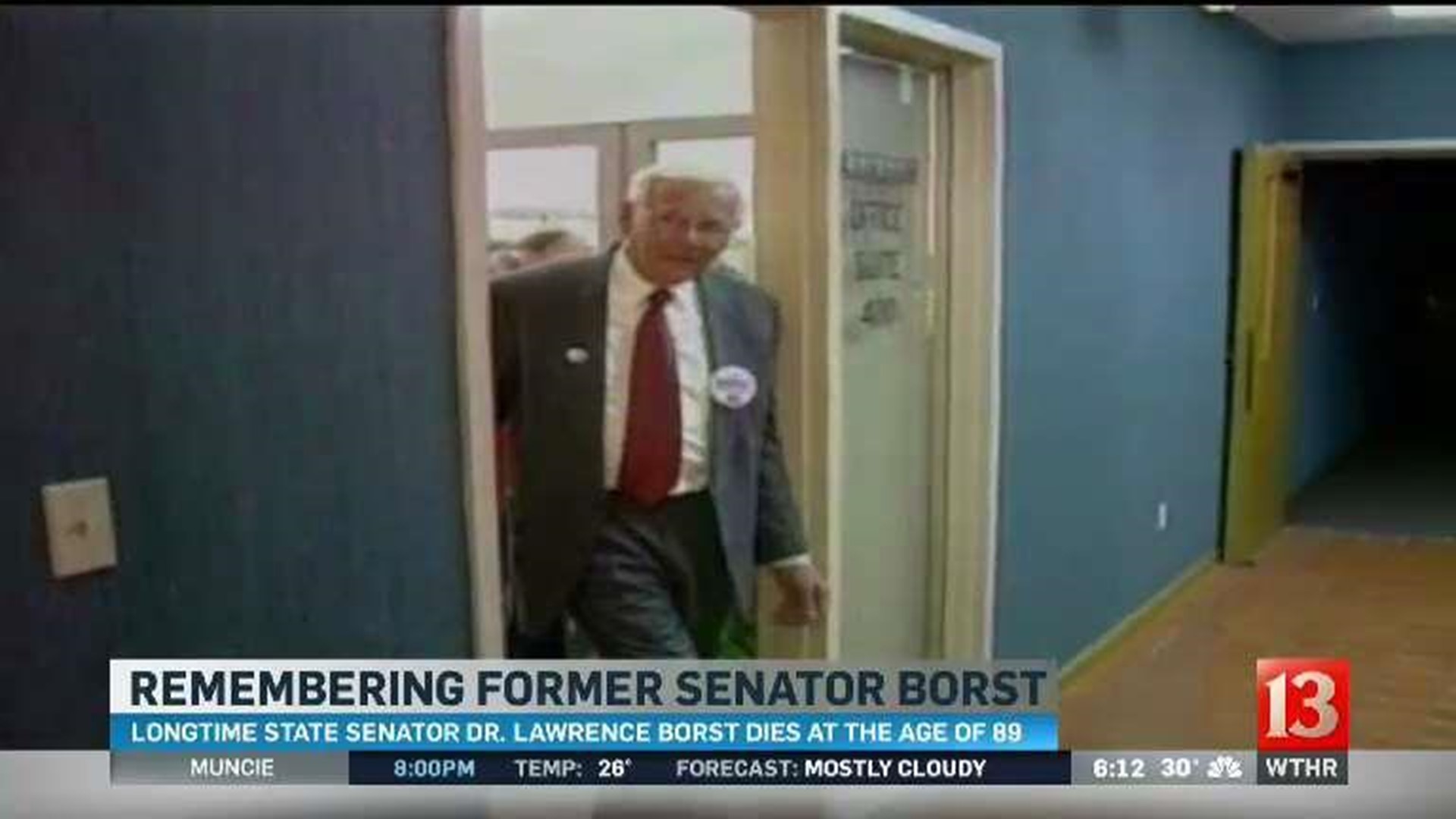 INDIANAPOLIS (WTHR) - Former state senator Dr. Lawrence Borst passed away Tuesday morning, according to his hospice chaplain. He was 89.

Borst moved to Indiana in 1950, according to the Indiana State Library. In 1965, Borst co-founded the Republican Action Committee. In political service to Indianapolis, Borst was a member of the Mayor’s Progress Committee in 1971 and the executive council in 1973. On a state level, Borst served in the Indiana House of Representatives in 1967 and in the Indiana Senate from 1969 to 2005. Borst was both secretary and president of the Indiana Veterinary Medical Association.

He retired after 38 years in the legislature, but his impact at the Statehouse is still felt through the Lawrence M. Borst Fellowship. The fellowship is a one-year experience for a student to work a 20-hour week in the fall while enrolled in full-time graduate school, and a full-time work week in the spring semester during the legislative session.

“I am deeply saddened to hear of the loss of public servant and civic leader, Senator Larry Borst. Dr. Borst was a dedicated advocate and voice of the community, helping to shape the revitalization of Indianapolis on the Mayor’s Progress Committee and serving as a stalwart champion for our state's fiscal stability in the House of Representatives and Indiana Senate. His loss is one that will be deeply felt, but his legacy will remain in his contributions to Central Indiana.

"My thoughts and prayers are with his family during this difficult time."

"Larry Borst, one of Indiana’s longest-serving legislators, was a good friend of my father's in the Indiana Senate, and later became a good friend of mine," House Speaker Brian Bosma, R-Indianapolis, added in a separate statement. "Dr. Borst was also our family veterinarian and was a role model of the citizen legislator concept. As one of the fathers of the modern Republican Party in Marion County and in our state, he will be remembered for his passion for fiscal integrity, public service and commitment to encourage the next generation of Hoosier leaders."

Borst and his wife had three children.