While there has been lots of talk and fears about a rigged election and polling problems, so far in central Indiana, it has been a relatively uneventful Election Day. 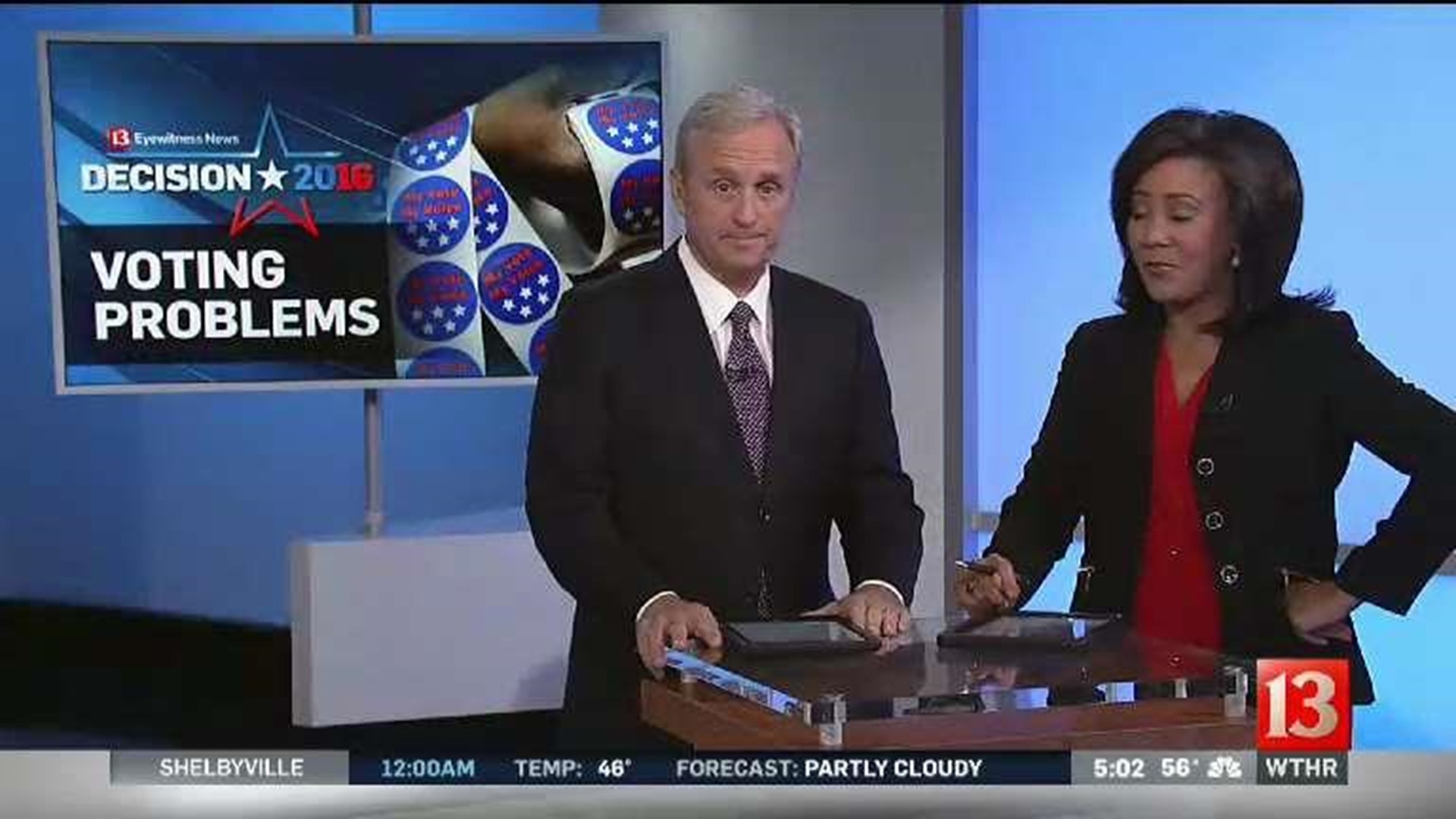 INDIANAPOLIS (WTHR) - While there has been lots of talk and fears about a rigged election and polling problems, so far in central Indiana, it has been a relatively uneventful Election Day. WTHR has received reports of polling places with some long lines and a few broken voting machines but overall, very few problems reported to 13 Investigates - and law enforcement telling us the same thing.

The FBI, State Police and US Attorney are all monitoring for election problems. They tell Eyewitness News there have been no major disruptions.

One of the biggest challenges right now is the counting of hundreds of thousands of early ballots. 68,000 people voted early in Marion County. Some 500 workers are busy sorting and counting those ballots at the Marion County Election Board.

The workers are inspecting each envelope to make sure the signatures match. If everything is correct, the ballots are then brought to the counting machines which have been running all day.

The process started at 7:00 am. The clerk's office says they'll be counting well past 7:00 pm - perhaps even past midnight.

If you voted today at your local precinct, those ballots will be counted on site after the polls close and the results will be reported to election headquarters.

Some central Indiana voters reported a two-minute limit at the polling place. This is an Indiana law that is seldom enforced.