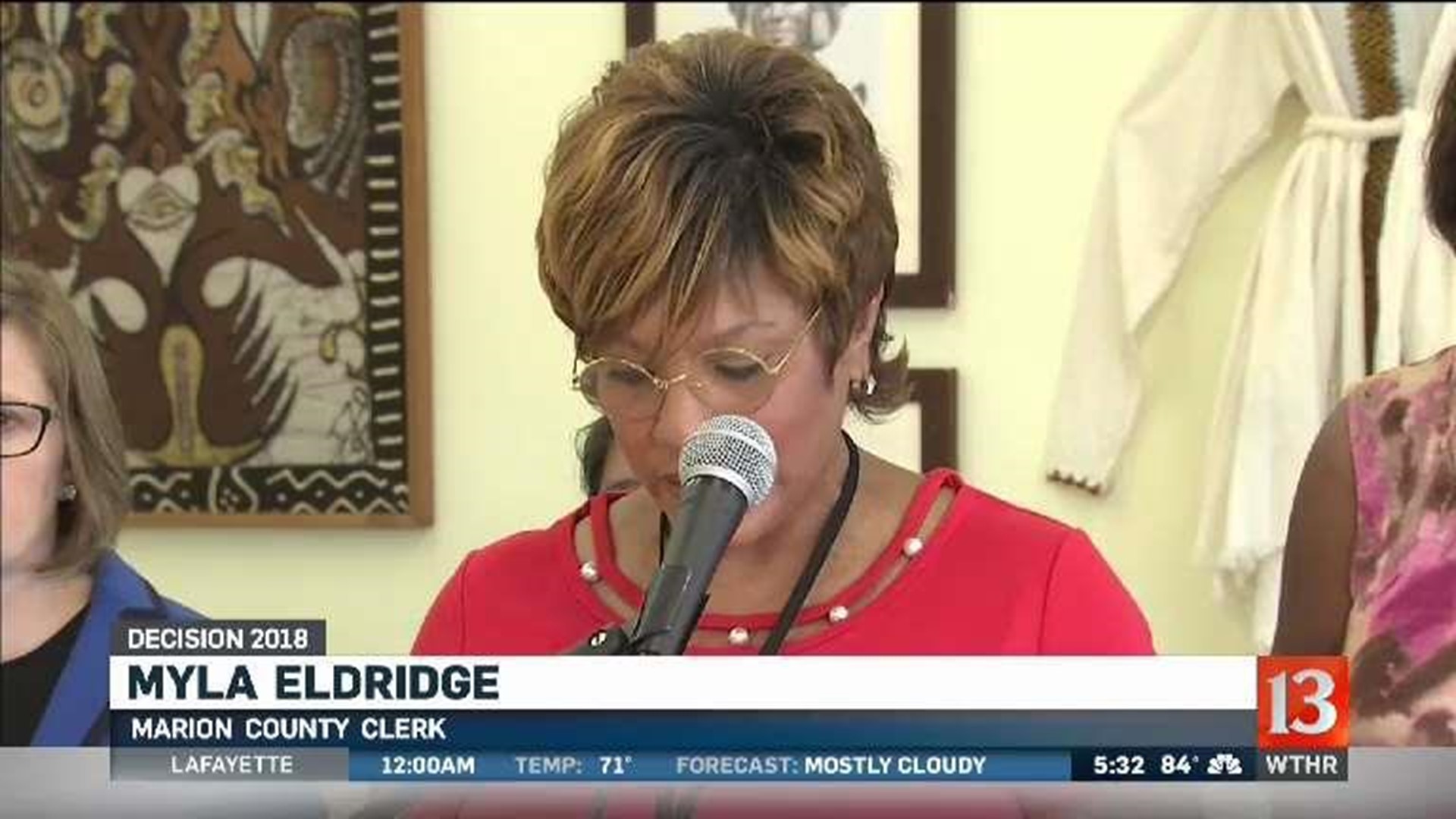 It comes on the same day, a judge made final that agreement, which includes having the county establish a minimum of five satellite voting locations for the general election and two for the primary.

In the case, the Attorney General's office argued that agreement went against the state's as well as the public's interest.

The judge declared the AG's objections had no merit, calling it "incorrect" and "not cogent."

It is extremely unusual to see two public office holders from the same party take their feud public, but that is exactly what Attorney General Curtis Hill and Secretary of State Connie Lawson have done.

Secretary of State Lawson issued a statement Wednesday, saying in part, "By his reckless action, the Attorney General has disrupted more than 18 months of productive bi-partisan conversations."

Judge Sarah Evans Barker wrote the agreement was needed to avoid a possible violation of federal law and rejected Hill's argument that the federal court should not be involved. "That is not a cogent objection to the consent decree; it is the expression of preference by the Attorney General for federal noninterference in voting rights cases generally. The State's lawyers may entertain what preferences they will, but violations of federal rights justify the imposition of federal remedies," Judge Barker concluded.

The state has 30 days to file an appeal, but the judge is not sure what grounds could be used.