Fallout being felt from racially charged debate at Indiana Statehouse

Rep. Greg Porter said it is not the first time Black legislators have been heckled and booed by white lawmakers. 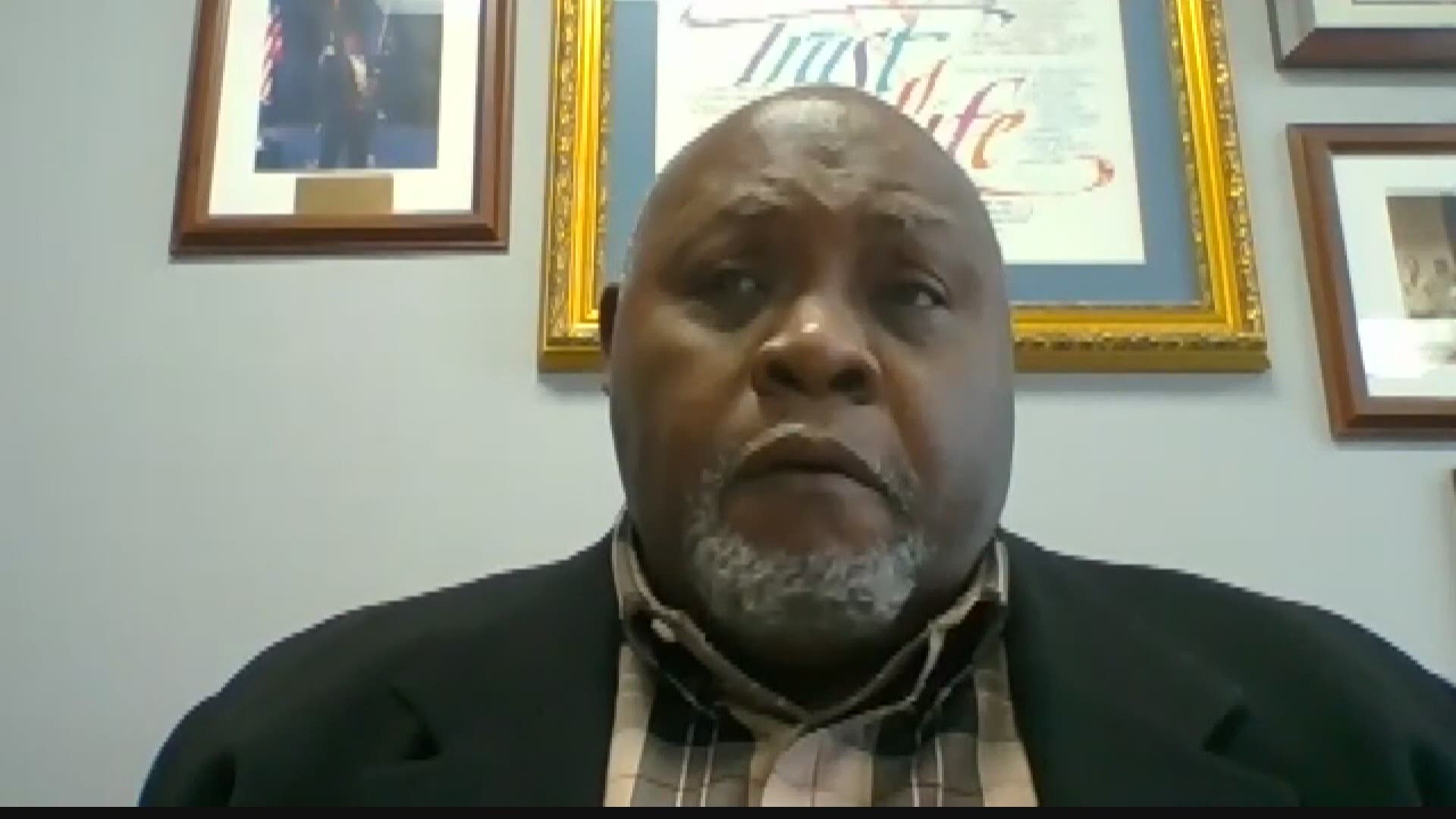 INDIANAPOLIS — A statehouse debate over where kids should go to school turned into a walkout and then a confrontation over race and discrimination.

It spilled out of the House chambers and into the hallways on Thursday and the effects were still being felt Friday.

At least one lawmaker wasn't surprised.

"I am tired of being stepped on, stepped over and stepped around." said Rep. Greg Porter (D-District 96).

The Indianapolis Democrat, who is Black, was at the podium Thursday, criticizing a bill that would allow residents to leave the racially-diverse South Bend school district and become part of a mostly white more rural neighboring district. Three fourths of their children already attend school there.

Porter's concerns over racism and discrimination brought hisses of boos from the overwhelmingly white Republican super majority. Porter walked out.

When the house recessed, the racially-charged argument continued in the atrium outside the House chambers.

"Some of the Republican lawmakers walked up to express their concern about my comments," Porter explained. "I told them why I said what I said."

That led to loud confrontations.

"It was an ugly scene," Porter said. He was concerned as some of the lawmakers are known to carry guns. "There's half a dozen or so guns in that chamber. We don't know what could have happened."

Porter saw trouble coming. He said it is not the first time Black legislators have been heckled and booed by white lawmakers.

"I told the speaker a month or so ago that things were going to or could get out of hand. I sensed it and saw the arrogance of some of my colleagues." Porter said.

Speaker Todd Huston told lawmakers he was disappointed, attributed the lack of decorum on the socially-distant conference room environment and vowed to enforce the rules.

"It's a challenging session," Huston said. "I am going to enforce our rules in a more strident manner. If that makes people feel uncomfortable, they can yell at me."

Porter believes the speaker needs to do more.

"Unfortunately there is more to come," Porter said. "I don't know which way it's going to turn out."

House Bill 1367 easily passed out the House into the Senate.