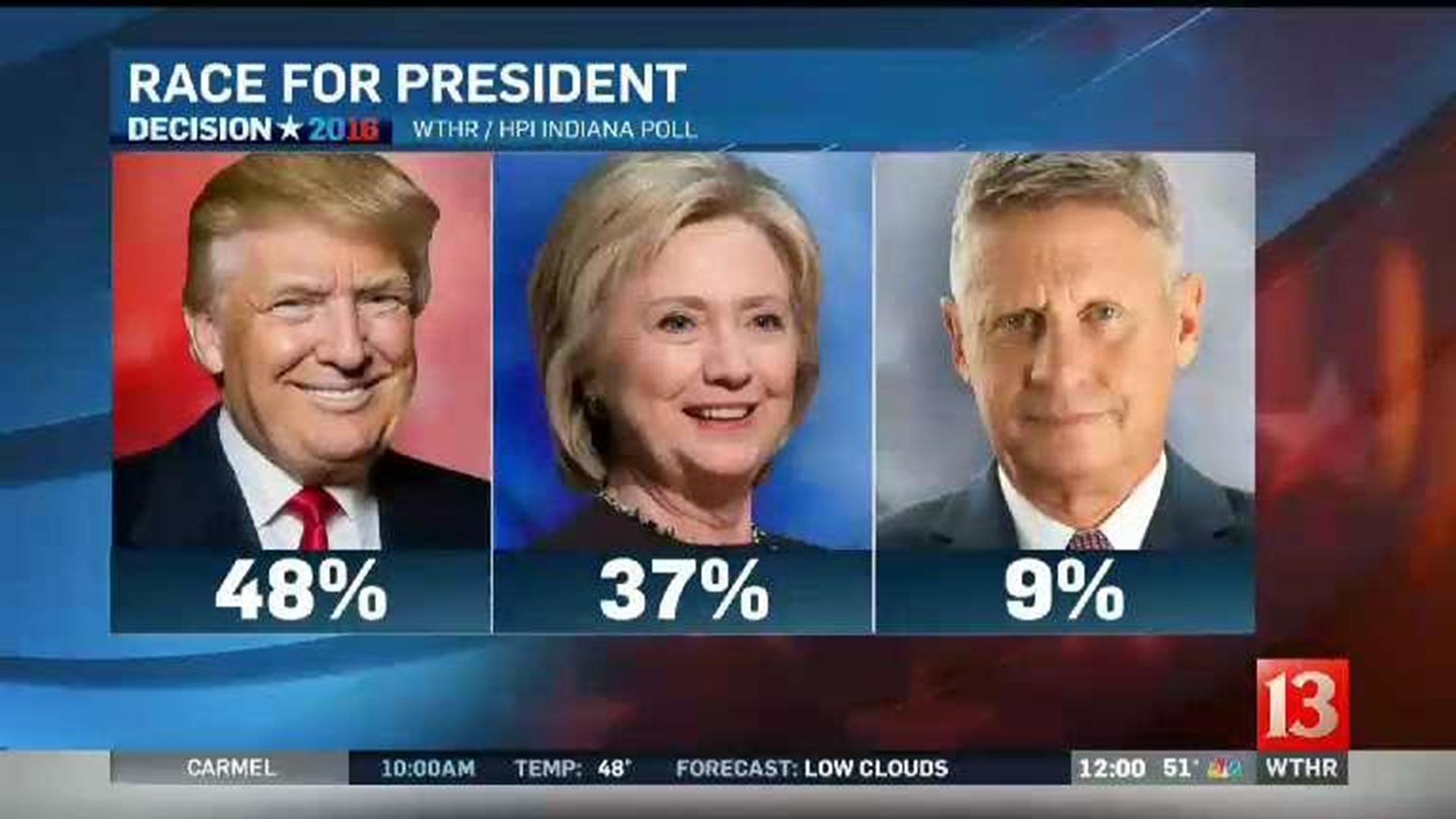 The WTHR/HPI Indiana Poll has Young with a 46% to 41% lead over Bayh with Libertarian Lucy Brenton with 6% and 7% still undecided.

The hard-fought race featured extremely negative ads from both the Young and Bayh camps. 13 Investigates analysis shows 72% of the Senate race commercials on WTHR's air were all-out attack ads.

Bayh lost 3-points since an earlier WTHR/HPI Indiana poll in September while Young has gained 6-points.

Bayh does have an early voting advantage over Young with a 6% lead.

Bayh's slide manifested itself in his favorablity rankings. Bayh started the campaign with a +20-point net favorablity score in September but now slipped into the negatives with a -6-point score.

Gene Ulm, a pollster with Public Opinion Strategies said experience is working against candidates, with Bayh being a key example. Ulm said, "Bayh is ruthlessly defined by (experience)," which is adversely affecting his favorability with Hoosier voters.

WTHR commissioned the poll with Howey Politics Indiana. The Public Opinion Strategies poll surveyed 600 likely voters via landline and cell phone in the state from November 1-3. It has a four-point margin of error. POS has been previously contracted by the RGA and the Young campaign. POS safeguards WTHR/HPI data from being seen by any other polling client nor is contracted data from political parties shared with WTHR/HPI.