The Republican nominee is leading in independent voters with 39% to Clinton's 25%. 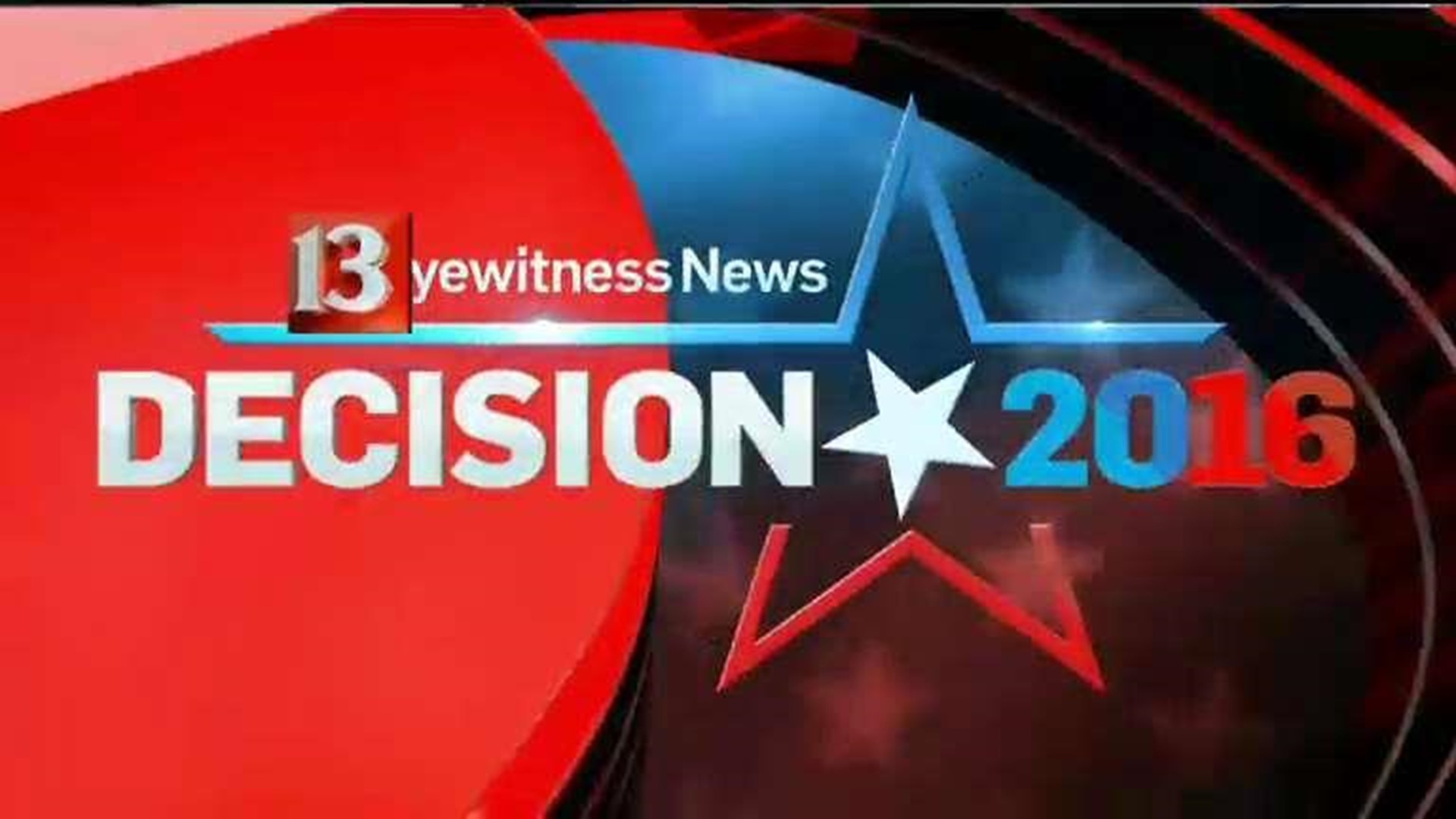 INDIANAPOLIS (WTHR) - The results of a statewide poll for November's election show a solid lead for Donald Trump over Hillary Clinton in Indiana.

The WTHR/HPI Indiana Poll has Trump with a 43% to 36% lead over Clinton followed by Libertarian Gary Johnson with 11%. The remaining 10% are undecided or will not vote for President.

The contest has a similar margin to the previous WTHR/HPI Indiana poll from April. That poll showed Trump in the lead 47% to 39% but did not include Johnson.

The Republican nominee is leading in independent voters with 39% to Clinton's 25%. Clinton does hold a narrow 3% lead over Trump in female voters and leads by 5% with the youngest voters in the 18-34 year old age range. Trump has leads with older voters and men.

Clinton did outperform Trump in terms of temperament. 35% of Hoosiers rated Clinton as having the right temperament compared to 21% for Trump.

Trump and Clinton both improved their net favorability ratings since the previous WTHR/HPI Indiana Poll in April.

Trump had the biggest improvement by moving his favorability up 17-points while Clinton only saw a very slight improvement since April.

Clinton has a net favorability rating of -52% with independents and -43% with men. Trump has a -44% rating with minorities and -22 with women.