The Republican governor has seen his overall favorability score relatively unchanged since a similar poll in April, even with some big changes among a few different voting blocks. 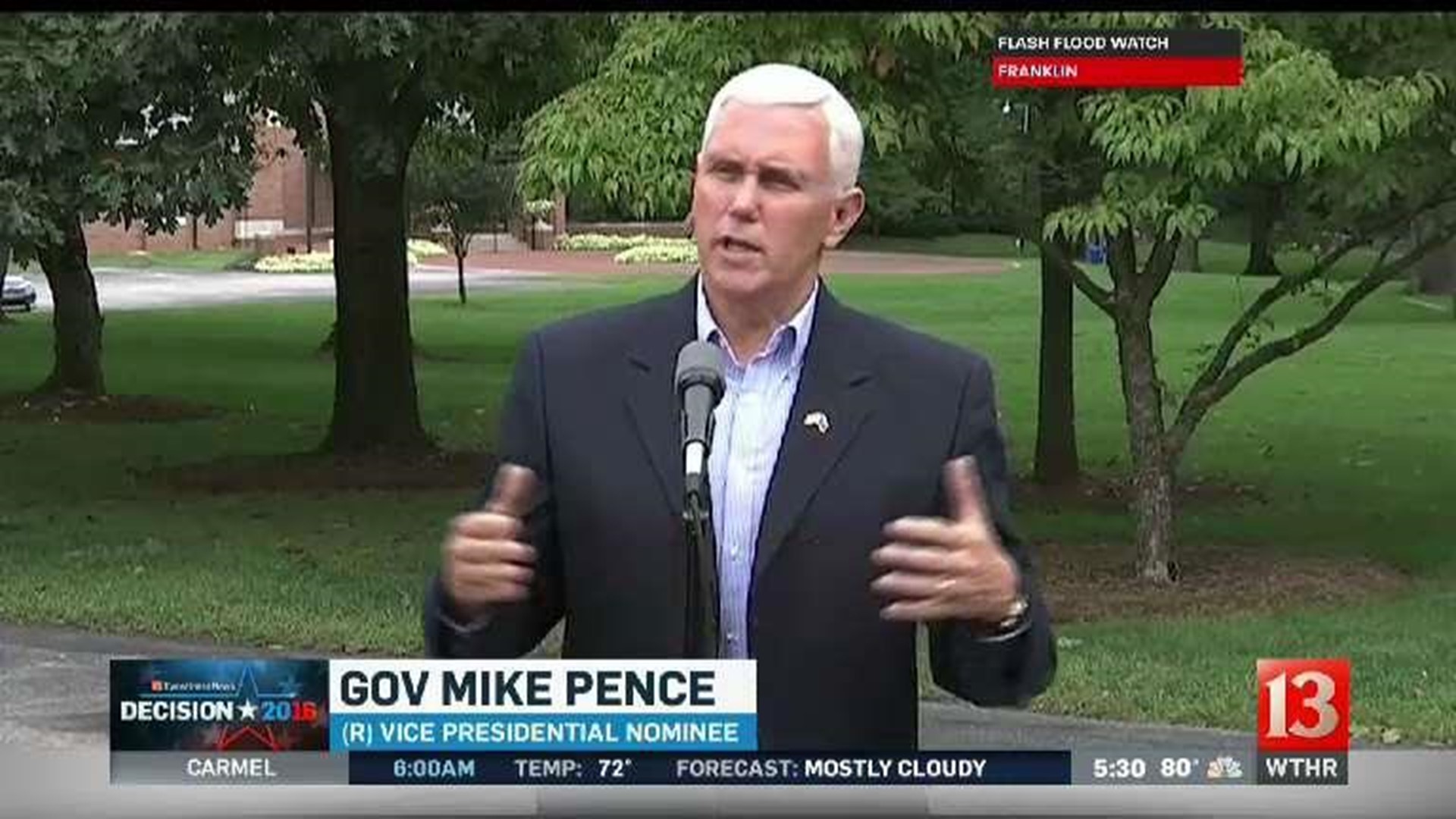 The biggest changes in the demographic breakdown is along party lines. Pence's net favorability score has increased 16-points with Republicans but decreased 19-points with Democrats. Pence has seen increases with independents and voters from 35 - 64 years old. He has seen decreases with minorities and the youngest voters 18-34 years old.

Gene Ulm from Public Opinion Strategies said even with the changes in favorability, Pence doesn't have much influence in Indiana as Trump's running mate.

Ulm said Pence is "not a factor" in the presidential race as far as Hoosiers are concerned.

The poll shows 41% of Indiana voters are more likely to vote for Trump since adding Pence as his running mate.

Meanwhile, 38% of Hoosiers say they are less likely to vote for the Trump/Pence ticket.

The pollster said 20% of voters report not being swayed by Trump's vice president pick at all.