Our latest WTHR - Howey Politics Indiana Poll showed key races are tightening up. It also showed us how Hoosiers felt on key issues, including medical marijuana. 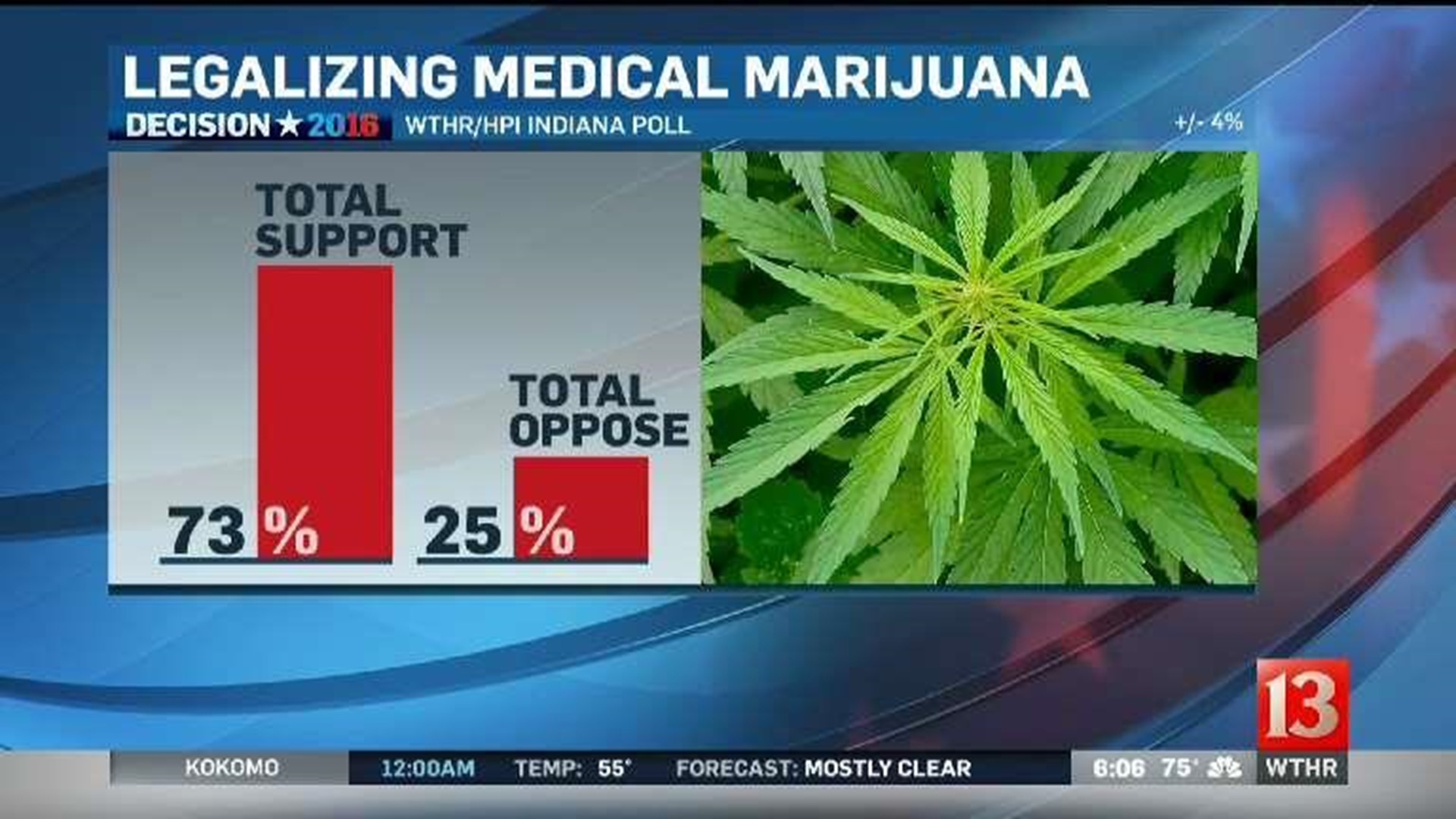 In our exclusive poll, more than seven out of ten Hoosiers believe that medical marijuana should be legalized. The final tally was 73- to 25-percent.

While you may have a stereotype of what a medical marijuana advocate looks like, Hoosier Veterans for Medical Cannabis is working to change that.

Pete Cowden from Indianapolis is a member. The former Army Ranger suffered several non-battle related injuries during his three stints in Iraq. So he faced surgeries on his shoulder and his ankle upon his return and has several other ailments that he says could be dealt with by medical marijuana.

"It doesn't surprise me because I believe Hoosiers to be compassionate people," Cowden said. "I think this is an issue of empathy and compassion and these are people looking for help. They are your neighbors. They are everyday people walking by on the street. Not drug addicts or losers or anything like that. Cancer patients, veterans, some of the greatest people in our community."

Cowden said he is not at all surprised by the poll's findings, and he is surprised by lawmakers' reaction. He says medical need and tax incentives could benefit the state.

"They give you a pill for this, and every pill has a side effect so they give you a pill for a side effect, and before you know it I am literally walking out of the pharmacy with a brown paper bag with 12 to 13 prescriptions sometimes," he said. "High level opiod pain killers, and that is what I think marijuana can help with is people like me. Opiod pain killers are not a good option for chronic pain if that is the type of pain you will be in for the rest of your life and surgery won't make it better. You can't take pain meds all your life."

Democrats were most likely to support the measure with 82% support followed by independents with 77% support and republicans with 59%.

Hoosiers older than 65 had the lowest level of support but still favored legalization 57% to 41%.