The race between Democrat John Gregg and Republican Eric Holcomb for who will become Indiana's next governor is locked in a dead heat in the final week of the campaign. 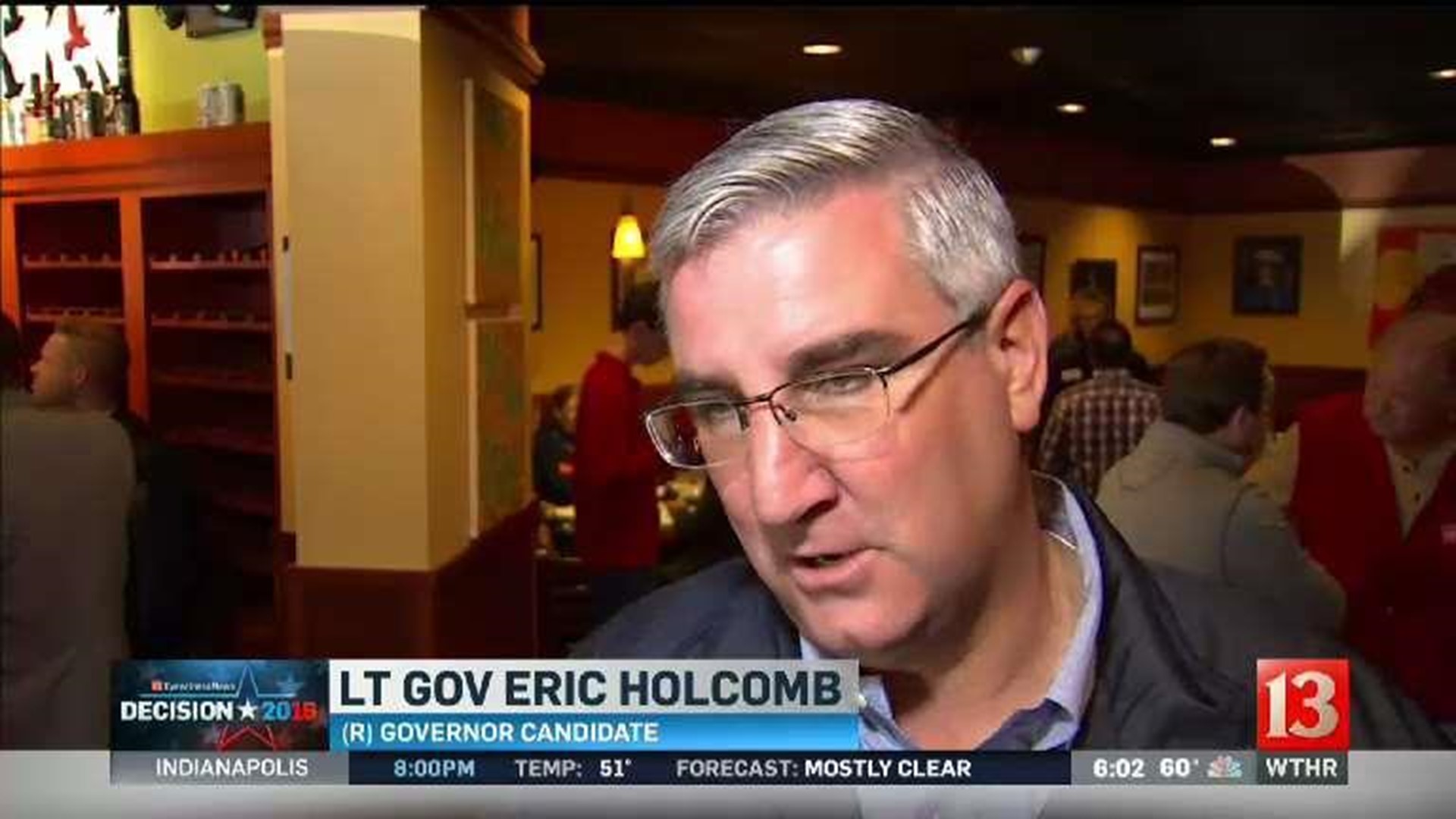 INDIANAPOLIS (WTHR) - The race between Democrat John Gregg and Republican Eric Holcomb for who will become Indiana's next governor is locked in a dead heat in the final week of the campaign.

According to the WTHR/HPI Indiana Poll, both Holcomb and Gregg are at 42% of the vote followed by Libertarian Rex Bell with 5%. Undecided voters make up the remaining 11% of the poll.

Holcomb and Gregg both gained support since the WTHR/HPI Indiana poll in early September. Holcomb was a late entry to the race after current Governor Mike Pence joined Donald Trump on the GOP presidential ticket. Holcomb gained 7-points since September while Gregg gained 2-points.

Gregg has a 7-point lead with early voters and has the support of 65% of Hoosier minorities. Holcomb is winning male voters by 8-points. The two candidates are splitting the independent vote equally with 37% each.

Gregg's favorability gives him an overall edge regardless of race or gender. Holcomb has an advantage with male voters without a degree.

​"We have been saying for weeks now that the Holcomb campaign is in the passing lane headed into Election Day and this final public poll proves our case," said Holcomb Campaign Manager Mike O'Brien.

"These numbers don't align with any other polls we've seen but that's not surprising given this firm is on the [Republican Governor's Association]'s payroll," Gregg campaign spokesperson Jeff Harris countered. "We remain confident of our strong position heading into Election Day."

The Gregg campaign and other Democrats take issue with the fact that the polling firm, Public Opinion Strategies, used for these results has done polling for Republican candidates, however the individual pollster used works exclusively with us and HPI and does not do any polling on other political issues for individual issues or for individual political parties.

WTHR commissioned the poll with Howey Politics Indiana. The Public Opinion Strategies poll surveyed 600 likely voters via landline and cell phone in Indiana from November 1-3. It has a four-point margin of error.