Evan Bayh and Todd Young are locked in a statistical tie as they enter the final month of their Senate campaigns. 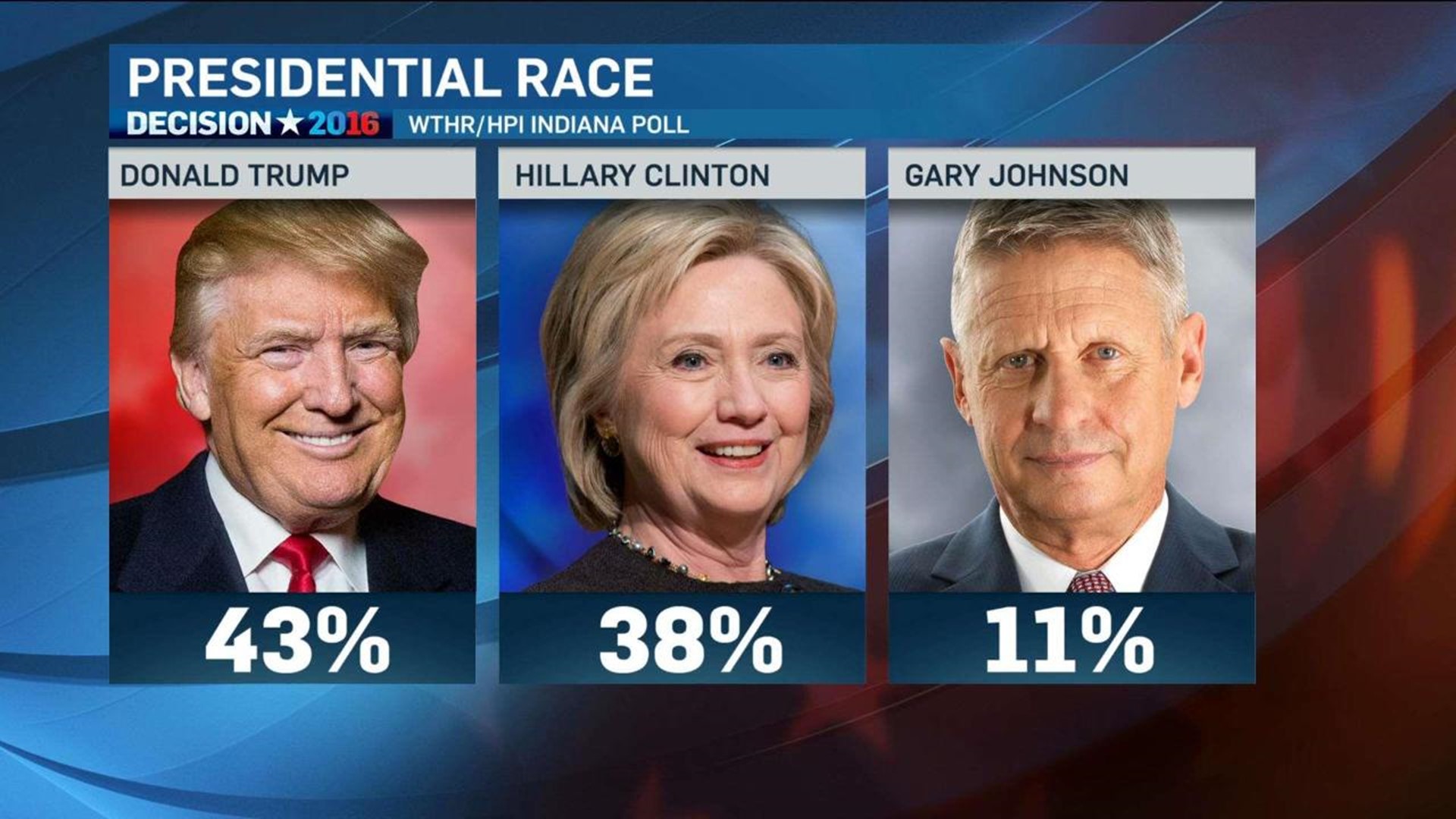 INDIANAPOLIS (WTHR) - Evan Bayh and Todd Young are locked in a statistical tie as they enter the final month of their Senate campaigns.

The WTHR/HPI Indiana Poll has Republican Representative Todd Young pulling to within one point of Democrat Evan Bayh.

Bayh's 4-point lead from September's poll shrank to the benefit of Libertarian Lucy Brenton, growing from 5 to 8 points.

Democrat Baron Hill was originally the nominee but dropped out in July so Bayh could run for his former Senate seat. The hotly contested race is a key battle for control of the US Senate.

Evan Bayh's net favorability rating took a 16-point hit from the previous poll in September. In the course of a month, Bayh went from a 48% favorable / 28% unfavorable to 45% favorable / 39% unfavorable.

Bayh's one month favorability drop was seen across all party demographics, dropping 29-points with republicans, 13-points with independents and 11-points with democrats. Bayh's net favorability also dropped with men by 20-points and women by 13-points.