Supporters want voting rules changed so even more voters can cast their ballots at their convenience and avoid a time-consuming trip to the polls. 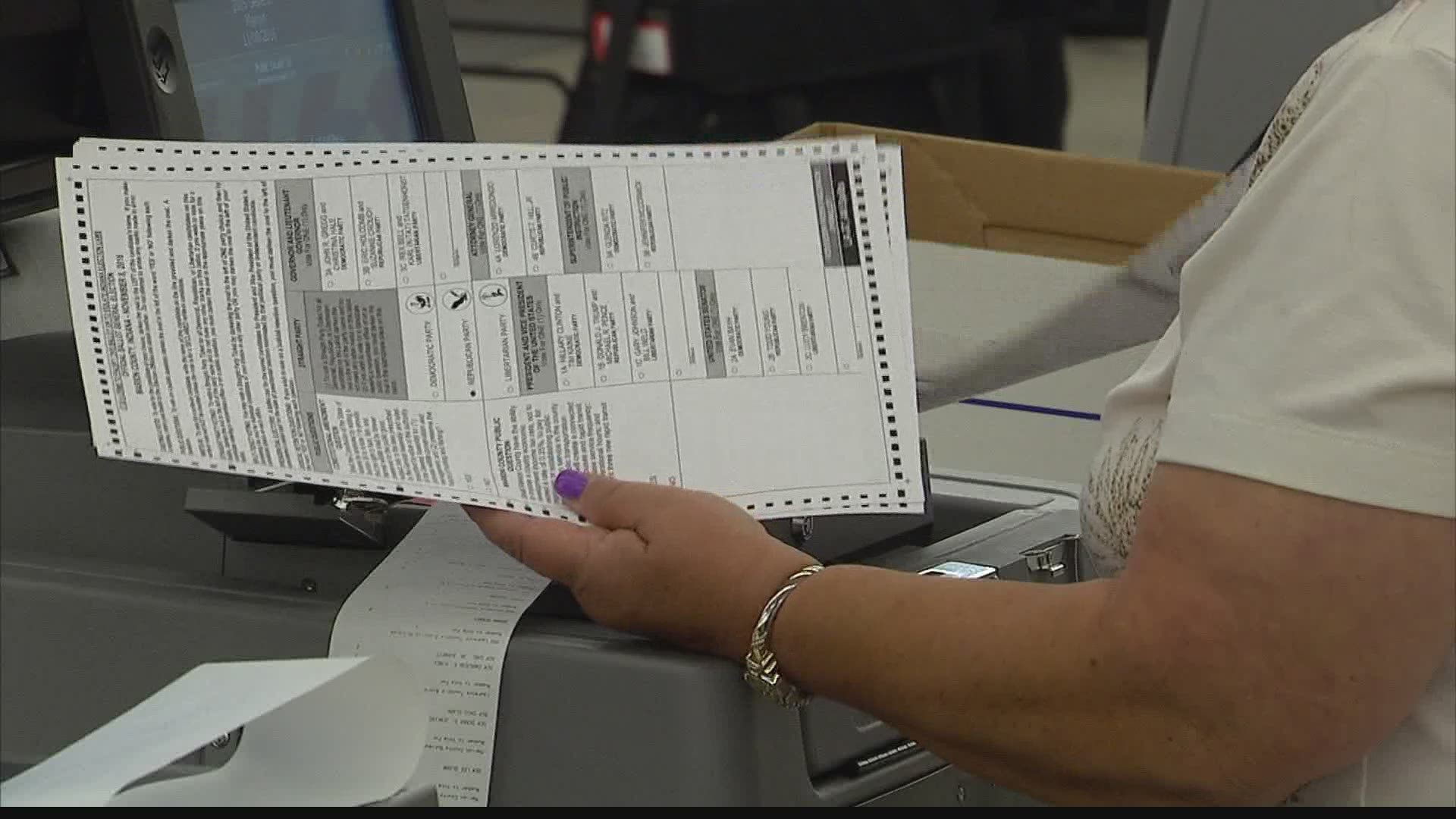 INDIANAPOLIS — Two of Indiana's former lietenant governors, a Republican and a Democrat, are pushing the state to approve mail-in voting in time for the November elections.

Kathy Davis, a Democrat, said other states have proven the process is secure and safe from voter fraud. John Mutz, a Republican, insists mail-in voting is the right thing to do for Hoosiers.

Hundreds of thousands of Indiana voters already trust the postal service with their votes. Supporters want voting rules changed so even more voters can cast their ballots at their convenience and avoid a time-consuming trip to the polls.

The June primary election and long lines at the polls frustrated thousands of voters, overwhelmed local election officials with mountains of absentee ballots and fueled the argument surrounding absentee and mail-in voting.

There is a difference between absentee and mail-in voting. Under election law, absentee voters need to have a reason, such as a physical infirmity that prevents them from voting in person. Mail-in voters don't need an excuse and can receive a ballot by asking for one. Both do need to be registered to vote.

Because of the COVID-19 pandemic, state election officials suspended the rules for the primary. They authorized so called "no excuse" mail-in voting. Voters could choose to vote at a polling place or a mailbox just because they wanted to.

With the presidential and gubernatorial elections less than 100 days away, the Indiana Election Commission hasn't had a single meeting to discuss what voting rules will apply in November.

Barbara Tully is the president of Indiana Vote by Mail, which is lobbying for Indiana to join a half-dozen states to allow mail-in voting.

"Voters are confused. Now they are going, 'Oh my God. I have to apply now. After I applied, I need to choose a reason. None of these reason's apply to me,'" Tully explained. "What we really hope for is increases in voter turnout. We want to bring more people into the voting process."

But there are serious questions to overcome. There is the cost of printing and mailing hundreds of thousands of ballots. That is on top of the money to hire workers to count them all.

Although there has been no substantiated evidence of voter fraud, opponents question security of absentee and mail-in balloting. There is no question about its popularity. In 2016, the last presidential election, one third of Indiana voters cast absentee ballots.