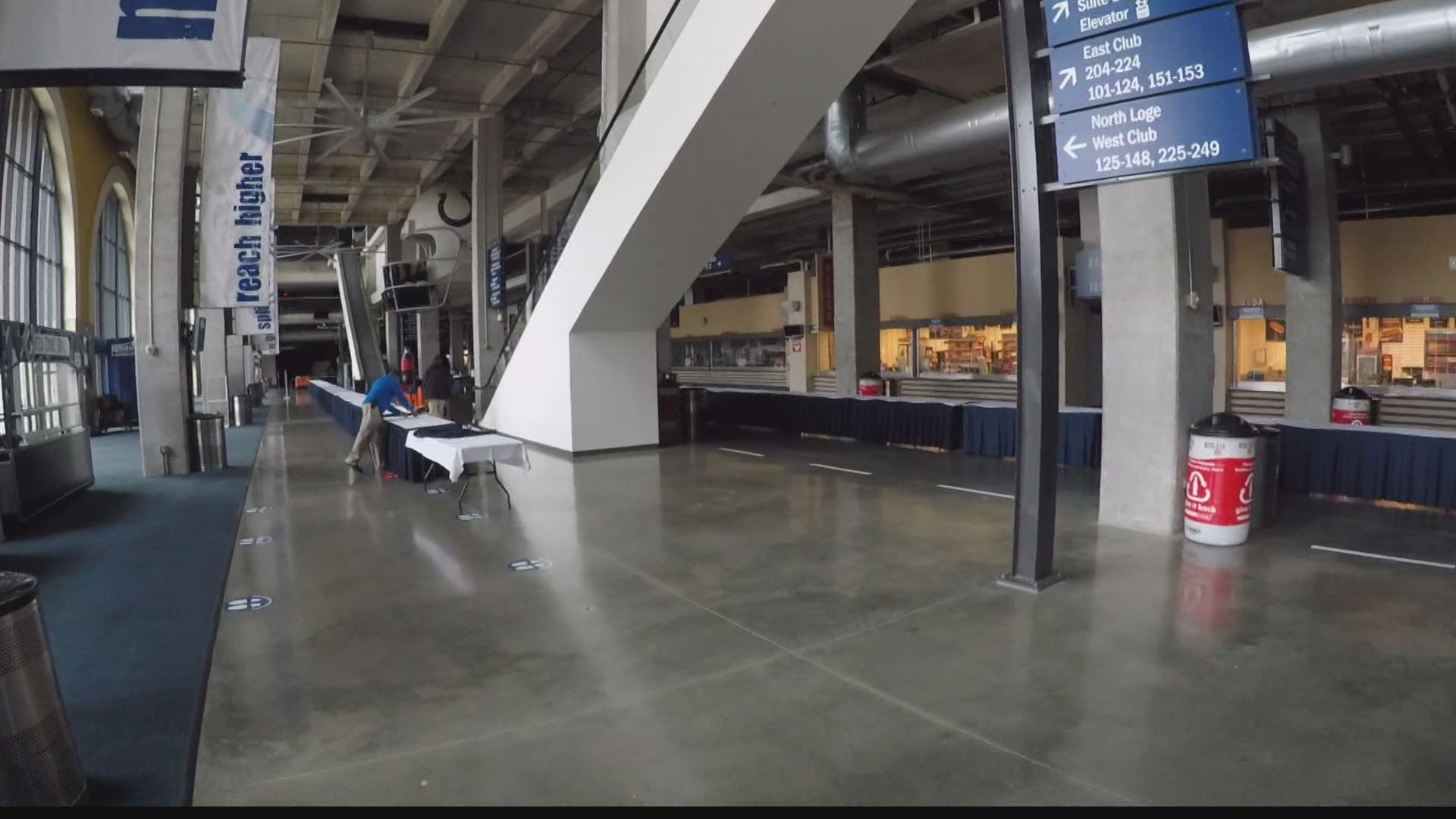 INDIANAPOLIS — The Marion County Election Board has passed an amendment to make Lucas Oil Stadium an early voting location.

Indiana law requires a unanimous vote of all three members of the county election board in a public meeting to approve the addition of an early voting location outside of the clerk's office.

The voting hours at Lucas Oil Stadium for early voting will be Saturday, Oct. 31 and Sunday, Nov. 1 from 10 a.m. to 5 p.m. The board indicated the south parking lot of the stadium will be open hours before the polls open to accommodate for large crowds. the south parking lot has 1,200 parking spots and 49 accessible spots for voters and staff to use. All voting will happen in the south concourse of the stadium.

On Thursday, every member of the Marion County Election Board — two Democrats and one Republican — told 13News they will vote to approve Lucas Oil Stadium as an early voting site. Republican member Jennifer Ping said there's no reason not to.

In Friday's meeting, the board said the plan is to have 56 voting machines inside — twice as many as other early voting sites including the clerk's office.

Marion County Clerk's Office Deputy Director Russell Hollis said due to safety reasons, voters will have to form lines outside Lucas Oil Stadium. The office believes they will be able to move through about 500 voters each hour.

Both Lucas Oil Stadium and Bankers Life Fieldhouse are already approved to be voting centers on Election Day.