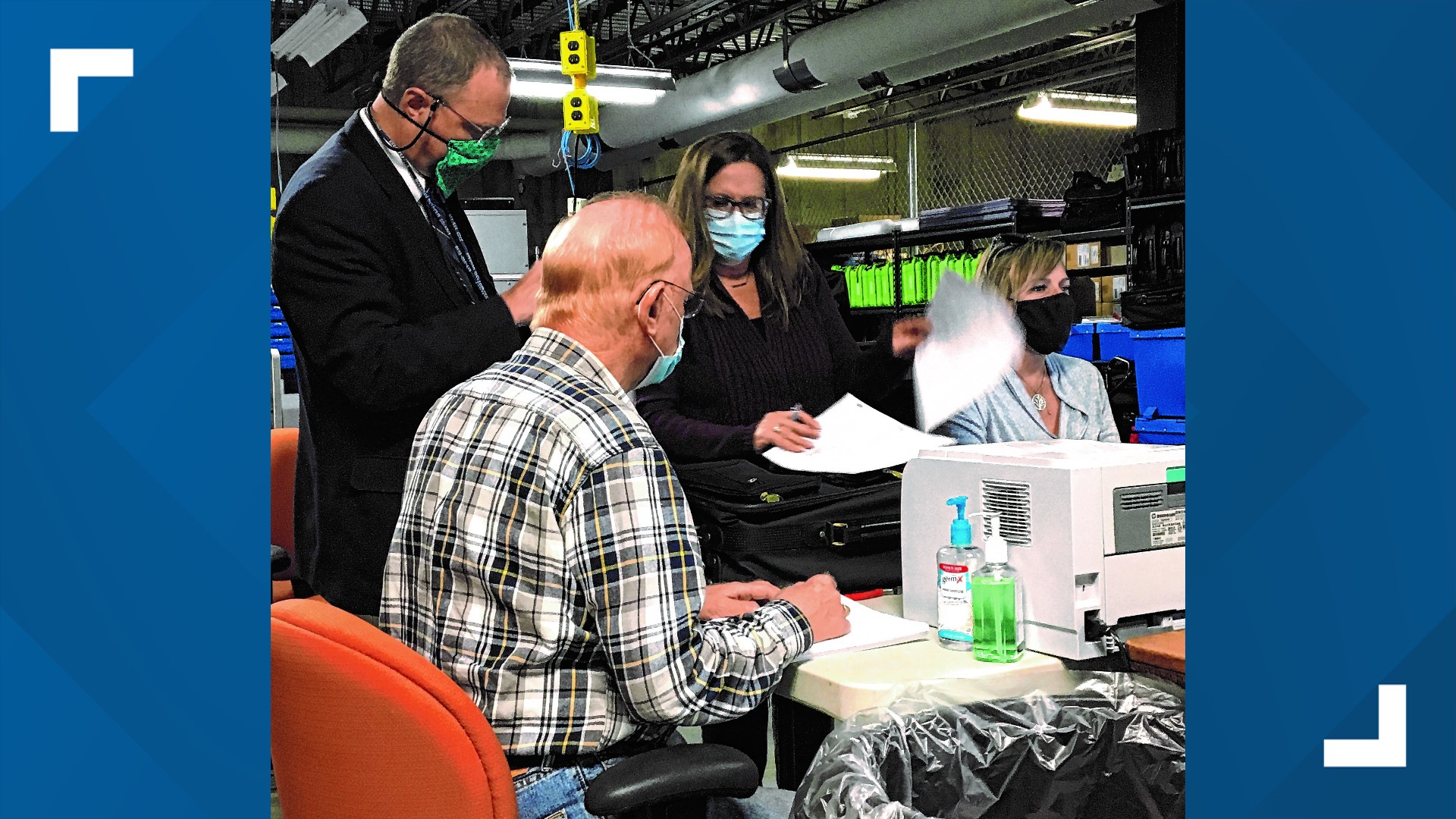 HANCOCK COUNTY, Ind. — In a year of election turmoil, mistrust and unproven allegations of voter fraud across the country, Hancock County found a couple hundred uncounted ballots in the basement almost two weeks after Election Day.

Hancock County's election officials escorted 13News into the locked basement where 255 early ballots sat on top of a file cabinet unnoticed and uncounted for almost two weeks. A county employee discovered them Monday.

"We couldn't have had a worse year for that kind of thing to happen," said Bob Bogigian, a Democrat serving on the bipartisan county election board.

The storage and work area is where the county's election equipment, ballots and records are kept.

On Election Day, the basement was jammed full of tables, chairs and about 60 election workers preparing and counting a record number of ballots. It was a busy place.

The election board believes one of the workers placed the stack of early ballots on the cabinet and simply forgot about them.

"Someone got interrupted and didn't get that stack back into tabulation, the cage where we were tabulating," said County Clerk Lisa Lofgreen, a Republican serving on the three-member board.

13News asked if this was accidental or intentional.

"Absolutely accidental," Lofgreen said. "There is no maliciousness involved with this."

Board members convened an emergency meeting within two hours of Monday's discovery.

They found an accounting log that was still with the ballots and determined the votes were cast at the local library more than a week before Election Day. Board members declared the ballots valid and counted them. The additional votes did not change the outcome of any of the races.

Security camera video from the basement is being checked for more clues to how the 255 pieces of democracy were almost lost.