Democratic debate ends after a heated night on stage

Sen. Elizabeth Warren said Mike Bloomberg is the 'riskiest' candidate out of the Democrats and former Vice President Joe Biden vowed to put a black woman on the Supreme Court. 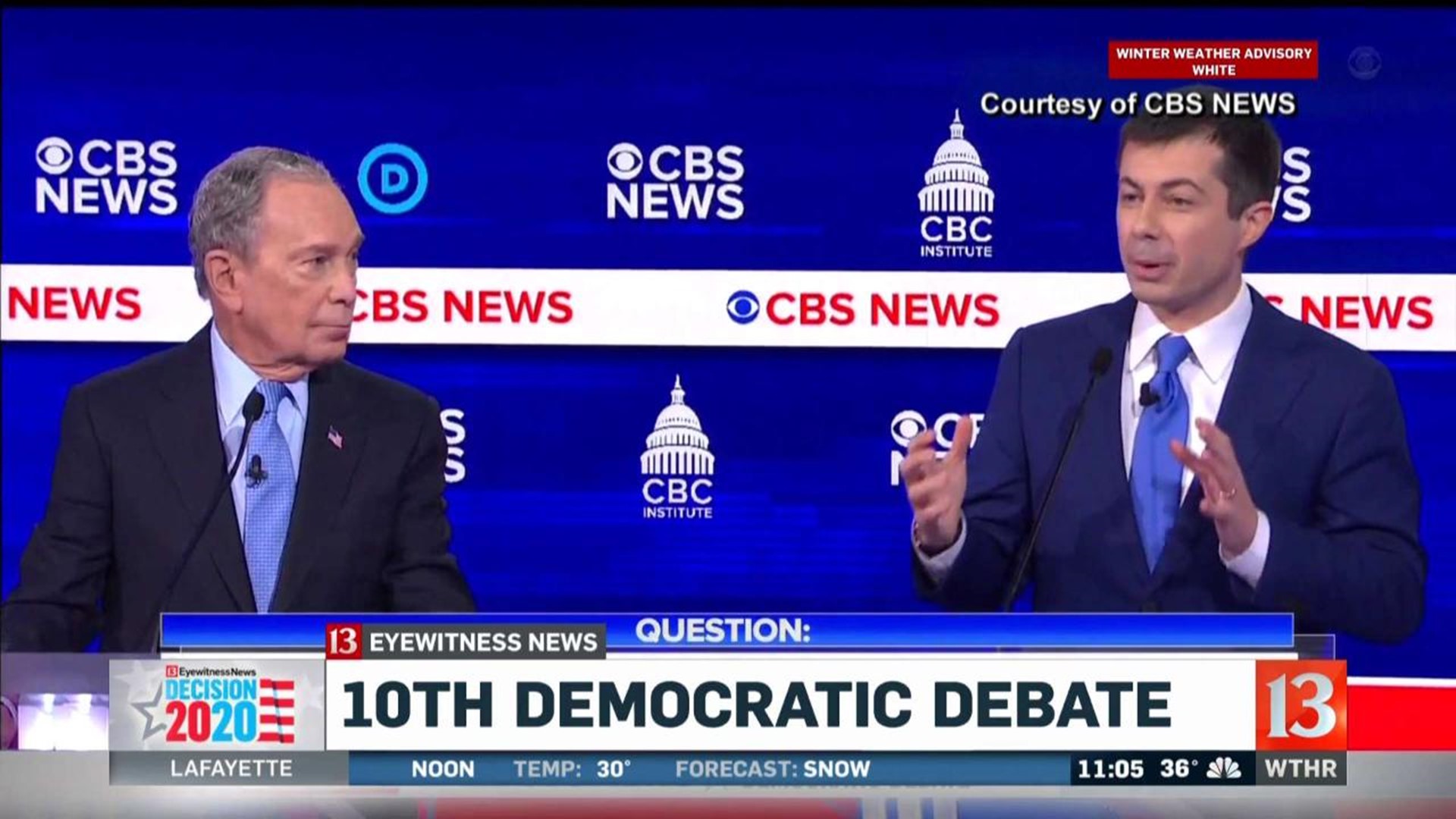 CHARLESTON, S.C. (AP/TEGNA) - The Democratic rivals clearly hoped to knock Bernie Sanders off his front-runner perch in tonight's debate before a critical South Carolina primary that is set to dramatically reshape the race.

The candidates ended the night discussing what they believe are the biggest misconceptions about them out there. Former Vice President Joe Biden committed to putting the first black woman on the U.S. Supreme Court.

Former New York City Mayor Mike Bloomberg said he has been preparing for the role of president since the Sept. 11 terror attacks.

When responding to criticism Tuesday from Sen. Elizabeth Warren who said he is the “riskiest” candidate out of the Democrats running for president, Bloomberg says he’s the choice “that makes the most sense.” Bloomberg said, “I have the experience, I have the resources and I have the record.”

Elizabeth Warren went in directly at Sanders saying she would be a better president than Sanders because she would be able to get progressive policies passed. Warren said, “Progressives have got one shot, and we need to spend it with a leader who is going to get something done.”

The Vermont senator faces an unprecedented assault from his Democratic rivals as the party's turbulent nomination fight threatened to explode on the debate stage Tuesday night. No fewer than three Sanders rivals unleashed paid attack ads against him. And several outside groups traditionally aligned with Democrats worked to undermine Sanders' standing with key constituencies.

The infighting came just hours before seven candidates were set to meet for the party's 10th and perhaps most consequential debate of the 2020 primary season. New York Rep. Gregory Meeks told reporters according to the Associated Press, “Too often, Bernie Sanders has been on the wrong side of history, missing in action or unable to make progress on virtually every issue for black voters.” Meeks said viewers will “see a 180-degree shift tonight” from Bloomberg.

The Associated Press reported that Tuesday night, before the presidential candidates took the debate stage, Vice President Mike Pence focused on Sanders at a campaign stop in Michigan.

Pence avoided a reporter's question on if Sanders would prove to be a tougher opponent in the battleground state. Trump was the first GOP candidate to win Michigan since George H.W. Bush took the state in 1988.

Trump’s Democratic rivals are set to debate Tuesday night in Charleston, South Carolina, ahead of the state’s Saturday primary.