Planned Parenthood of Indiana and Kentucky said they've received "an upswing in calls" from women concerned about changes and the possible loss of coverage of contraception. The key word is "possible." 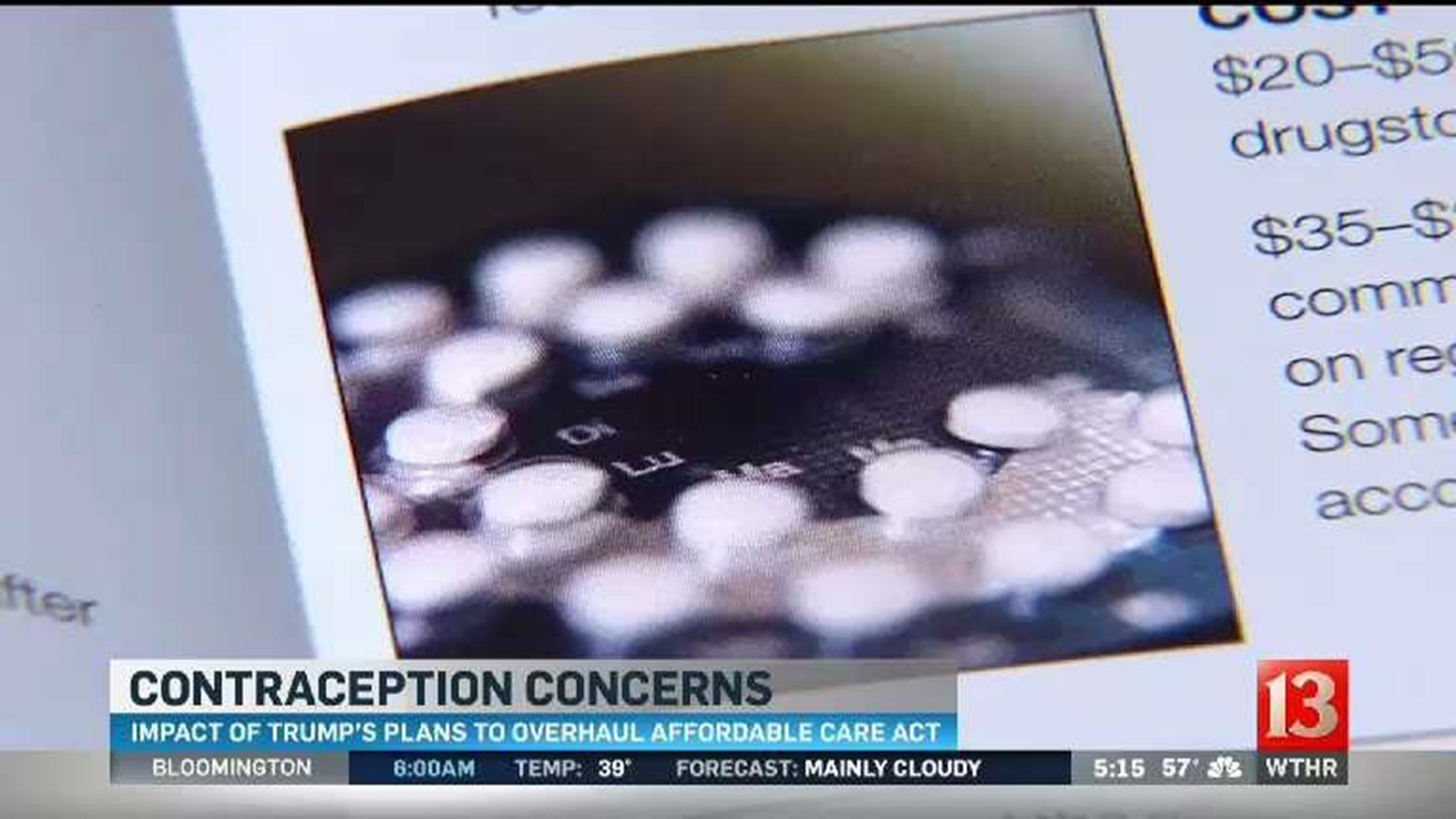 INDIANAPOLIS (WTHR) - The uncertain future of the Affordable Care Act (ACA) is spurring some women in Indiana to action.

They're worried changes to the plan could impact coverage of contraceptives and they're not waiting around to find out.

"I'm very concerned as a woman and someone who takes my health very seriously. I can't even put into words how concerned I am," Emily Sightes said.

Sightes is on the pill. It's 100 percent covered under the ACA. If that changes, she fears she'll have to pay hundreds of dollars a year to continue taking birth control.

"Obviously, it will greatly affect access to birth control," she said, "not just for me, but all women on birth control."

Sightes is looking at her options and Planned Parenthood of Indiana and Kentucky said so are many other women.

She said she talked to one woman Friday who told her, "I want a long-acting contraceptive before insurance changes."

She said an IUD lasts from 3-12 years and is reversible, "so it can be removed and a woman can have children right away."

While it's more expensive than the pill, costing from $500-800, again, under current law, there's no co-pay.

Evans said she tells women "think about your options, your finances and what you'd like to do moving forward."

But she's also at this point, no one knows what will happen. President-Elect Trump has said he's now open to keeping parts of the ACA and even if changes come, it could take a while.

Alison Wohlrs of Bloomington said she's not waiting. She wants to be proactive. After last week’s election, she scheduled an appointment with her doctor.

"I think there's such a deep uncertainty about how women's healthcare might change," she said. "So my response has been to do all I can to make sure I have the resources I need one way or another."

"The message is not to just go out and get an IUD, but to make sure you're aware of your choices and the cost benefit analysis and how that might change if the Affordable Care Act is repealed," Evans said.

It's also worth noting that before the ACA, the vast majority of employer plans offered birth control as a benefit. Many experts that's unlikely to change no matter what happens with the ACA.