Election day poll workers and voters were getting used to a totally computerized voting system used for the first time in a general election. 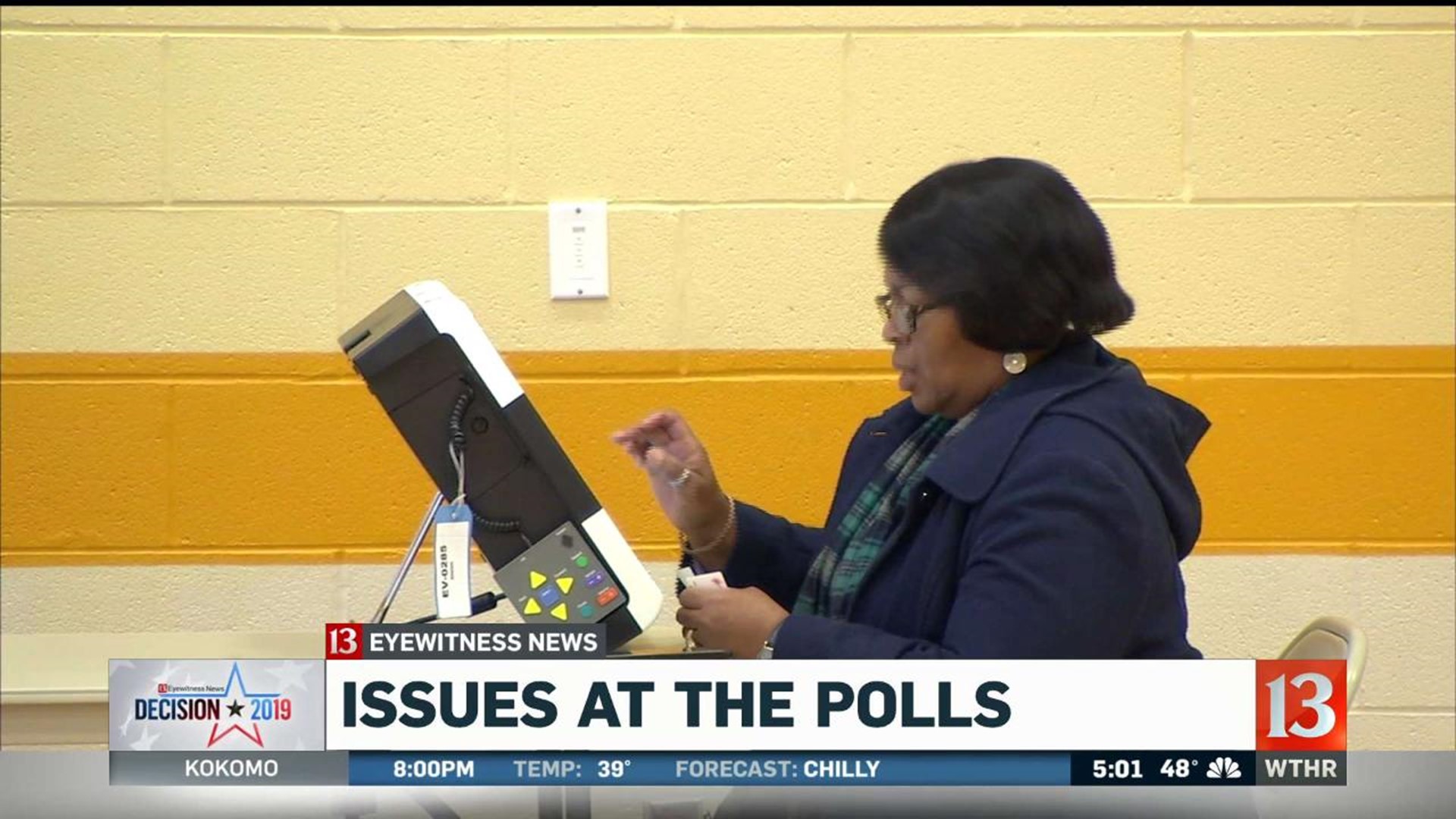 INDIANAPOLIS (WTHR) - Election day poll workers and voters were getting used to a totally computerized voting system used for the first time in a general election. Until now, it was used only in the last primary election.

Election officials said there were no significant problems, but issues with individual voters were frustrating and concerning.

For the vast majority of voters casting ballots on a computer touch screen was a snap. Leslie Sanders called it awesome.

"Automation, it's faster," she said with a big smile.

But it is also trickier.

Scanning drivers' licenses and other IDs, then matching names and addresses to those in the voter registration database was almost instantaneous, unless there was even the smallest differences.

Eyewitness News reporter Rich Van Wyk found out for himself.

"Van Wyk" is two words on his driver's license, but as he discovered is only one word in voting records. The computer didn't like that and wouldn't let him vote. It took a while for poll workers to straighten the discrepancy out and get him a ballot.

We heard from other voters and poll workers who encountered similar identity problems.

We also heard from voters who found the electronic ballot confusing. Voters' first decision is whether is to vote a political party's straight ticket. Voting for candidates individually required reading the fine print or guesswork.

"There is no option to split your vote," said Ken Crawshaw, an IT professional.

Crawshaw was so concerned, he notified the Marion County Election Board.

"It makes it appear as if your only option is to vote the straight ticket and not leave it blank. It is not explained very well at the top of the ballot," he explained.

Stephen Massicotte said he checked out the sample ballot before taking on the computer ballot and was still a little confused.

"It might help to make it clearer," he said.

We also heard voters complain about a lack of privacy. In several polling places, the familiar plastic dividers separating computer screens were nowhere to be seen.

But the vast majority of voters we talked to appeared as pleased as Brenda Shaheed.

"I thought the system was a good system. It was quick and easy," she explained, "because it's different. I had to think about it a little bit."

The new computerized voting system allows voters to cast their ballots at any polling place, not just the one in their neighborhood. It's hoped the ease and convenience of voting will increase election day turnout.