President Donald Trump is expected to withdraw the United States from the Paris climate agreement, which was signed by more than 200 countries. 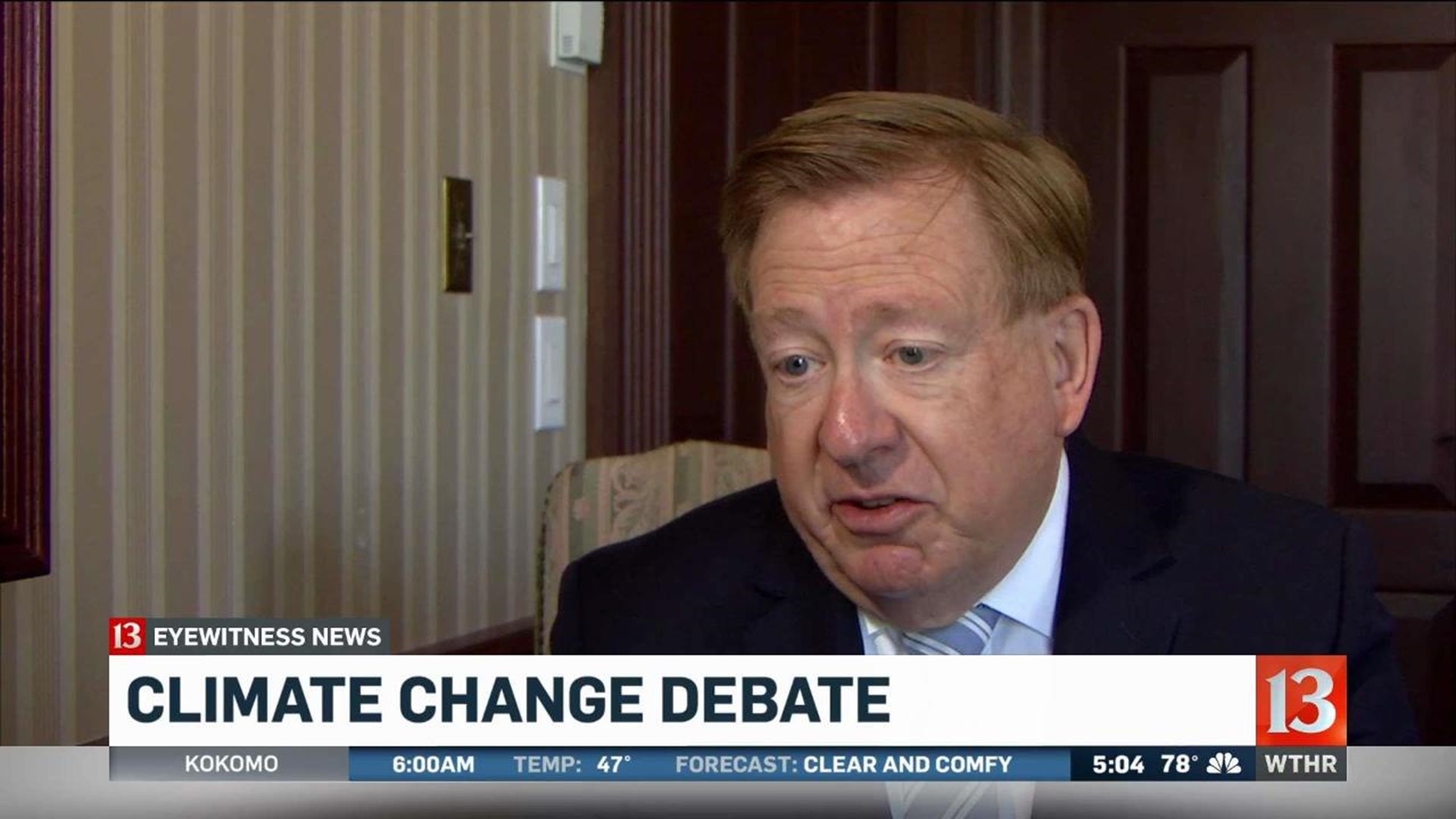 CARMEL, Ind. (WTHR) - President Donald Trump is expected to withdraw the United States from the Paris climate agreement, which was signed by more than 200 countries.

The decision would put the U.S. at odds with nearly every other nation that signed onto the 2015 carbon reduction plan and would be a major reversal of the Obama administration's efforts on climate change.

But one prominent Indiana Republican, Carmel Mayor Jim Brainard, says he won't wait and instead hopes to influence Trump's decision.

Brainard, who served as co-chairman of the U.S. Conference of Mayors Climate Change and Energy Dependent Task Force, is not mincing words.

"It's very reckless to run off and say even though 99 percent of the world's scientists say something, I'm a businessman and I've decided I don't agree with it. That is reckless," Brainard said. "A reckless policy and he can't make this country great if he takes this course."

Eyewitness News asked Brainard if the president should choose to pull out of the Paris agreement if we would join Syria and Nicaragua as the only countries to not take part.

"No, there is another one and it's his buddies in Russia who haven't signed on with it. That makes you wonder what kind of deals there are to bring fossil fuels from Russia," he questioned.

For Brainard, this is not a political issue.

"I have yet to meet a Republican or Democrat who wants to breathe dirty air or drink dirty water. We need to clean up our environment. If the president wants to make this country great, we need to stay in the Paris climate agreement," Brainard said.

Even though there are reports the president is pulling out of the agreement, we have not heard directly from him.