Adopted children in Indiana are one step closer to accessing vital birth and medical records. 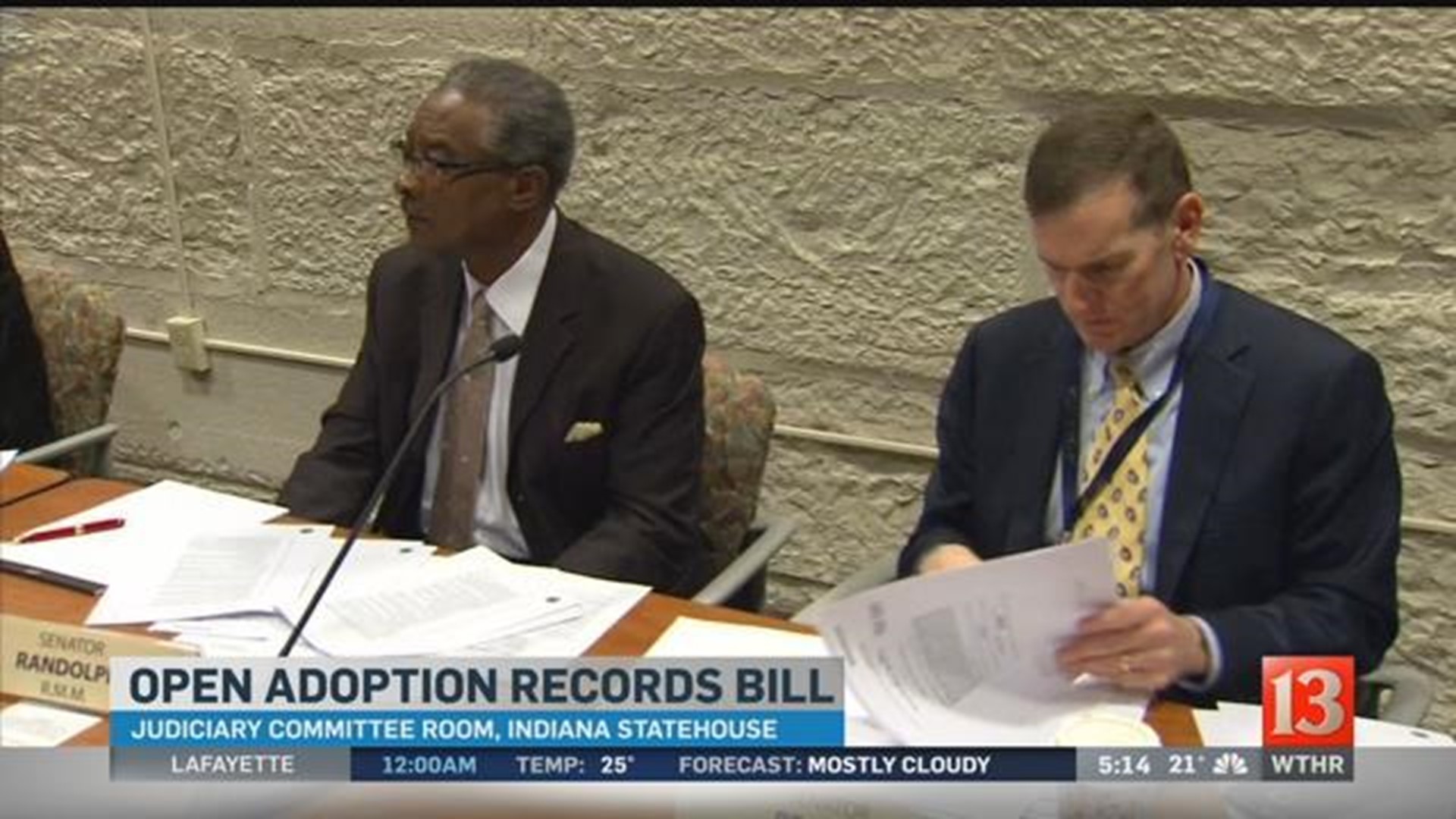 Adopted children in Indiana are one step closer to accessing vital birth and medical records.

SB 91, which concerns releasing identifying adoption information, passed out of the Senate Thursday morning by a vote of 43-5. The bill now heads to the House.

The Senate Judiciary Committee unanimously voted last week to forward the bill that would allow identifying adoption information to be released unless the birth parents have a non-release form on file with the State.

The bill, sponsored by State Sen. Brent Steele, R-Bedford, would affect all adoptions between 1941 and 1993 - roughly 350,000 Hoosiers. Adoptees born since January 1, 1994 can already access their vital records when they turn 21 as long as the birth mother did not sign a non-release form.

Adoptions done between 1941 and 1993, however, are currently considered closed adoptions, meaning birth parents and adoptee children cannot find each other or exchange crucial medical information unless they go through the State's adoption registry. If passed, this new bill would replace that closed status with a "contact preference form," giving birth parents one of four contact options:

The new system would not take effect until 2018 in order to give the State Department of Health a chance to get the necessary forms and databases setup, and to give birth parents ample time to file their contact preference form in case they do not want any contact.

Marcie Keithley-Roth surrendered her child in the 1970s, but said at last Wednesday's hearing, "We were not promised a lifetime of anonymity from our own offspring."

She said she was never asked if she wanted anonymity, nor was she given paperwork promising she would have it.

"We were scared, we were resourceless, some of us were teenagers, we were abandoned by the fathers," she told the committee.

Priscilla Kamrath with Indiana Adoption Agencies United said it is "extremely critical" that adoptees get access to medical information so doctors can determine their risk for major illnesses and conditions like breast cancer.

"We have not encountered any catastrophic consequences as the result of releasing this information," she said.

Adoptees also don't have access to their original birth certificates, making it difficult, if not impossible, to get a passport. As REAL ID requirements start setting in across the country, supporters of this bill say it could also be harder to get a driver's license.

No one was present at last week's hearing to directly testify against the bill, but State Sen. Joseph Zakas, R-Granger, read an e-mail he received from an adoption attorney in Indiana who has concerns about it. The attorney said, "My primary concern about the change is the potential for harm to women who have kept their adoption plans secret. We know fully 10 percent of women we contact do not want contact with the adoptee."

Adam Pertman, president of the National Center on Adoption and Permanency, said his own experience nationally is that fewer than five percent of birth mothers react negatively, and "we don't preclude 95-98 percent of beneficiaries...just because something might happen."

A similar bill passed out of the same committee last year, and even passed the full Senate before dying in the House of Representatives. The contact preference form is the biggest difference in this year's version. Supporters hope that will offer enough protection to birth mothers so those who fought against last year's bill will change sides this time around.

This year's bill is modeled after Ohio's program, signed into law by Gov. John Kasich, R-Ohio, in 2015. Paul Mannweiler, a former Indiana House Speaker now with Hoosiers for Equal Access to Records, told the committee Wednesday he had spoken with a health commissioner in Ohio. The commissioner told him they'd had fewer than a handful of complaints out of the thousands of requests they'd gotten so far. Many of those complaints came about because Ohio's law classified a no-contact preference from the birth mother as nothing more than a warning to the adopted child. The proposed bill in Indiana would make a no-contact preference a hard and fast "stop", which supporters of the bill hope will reassure those still worried about the privacy of Indiana birth mothers.