HB 1006 makes it a misdemeanor for officers who turn off body cameras to cover up a criminal act. 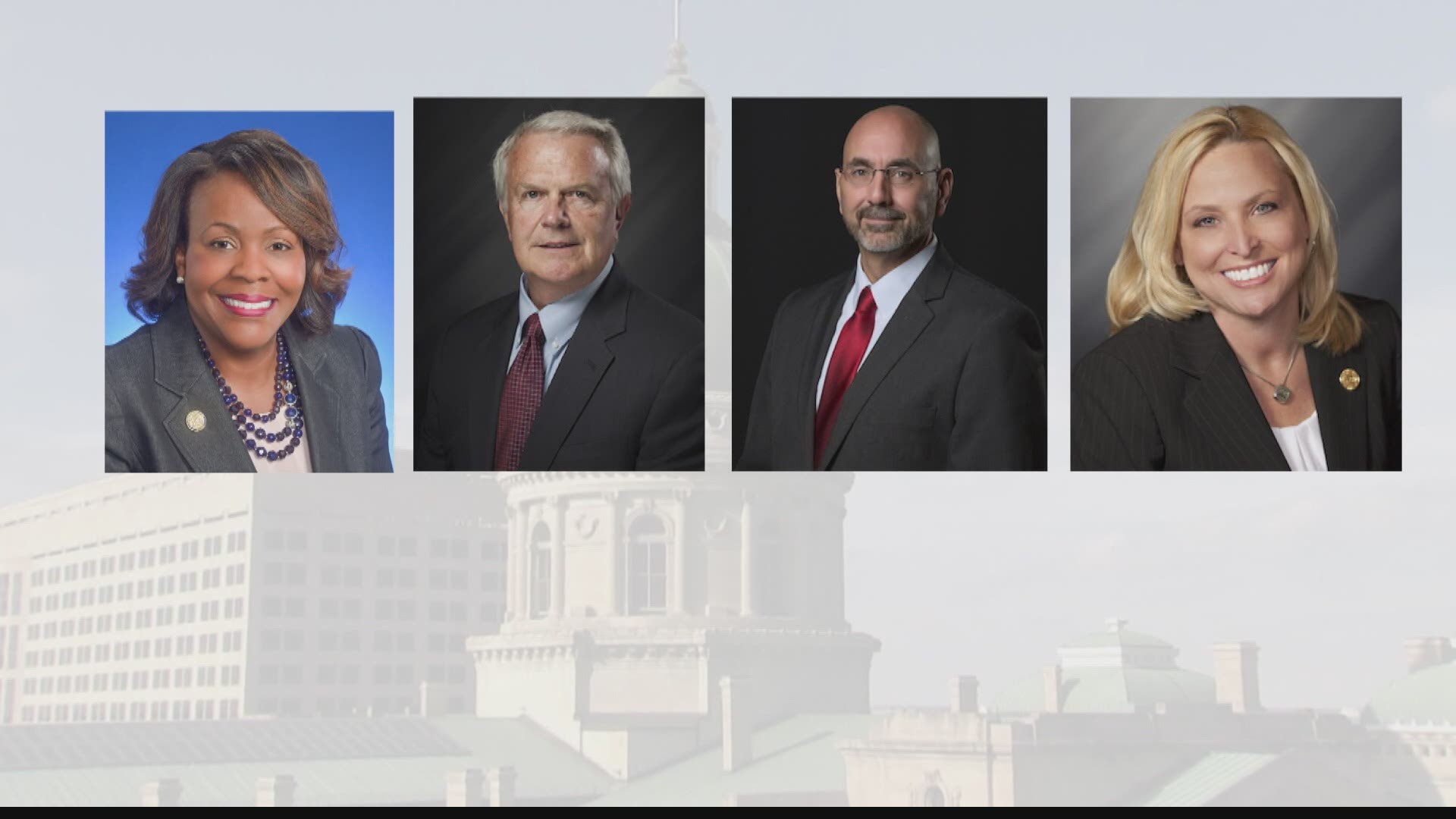 INDIANAPOLIS — A new proposal surrounding practices at police departments around the state just cleared its first hurdle at the Indiana Statehouse.

House Bill 1006 has several parts to it and more importantly, so far it also has the support it needs from lawmakers.

As committee meeting testimony came forth Tuesday morning about HB1006, it became clear the work of the four lawmakers was starting to pay off.

HB1006 makes it a misdemeanor for officers who turn off body cameras to cover up a criminal act. It also defines and forbids police to use chokeholds in certain situations.

Plus, the bill allows departments hiring officers from other departments to see their personnel files.

The bill's main sponsor wants to put a stop to officers who get in trouble and then move to another department with the ability to keep their disciplinary past secret.

Republican Rep. Greg Steuerwald authored the bill with strong support from law enforcement across the state. He started working on the legislation seven month ago.

Steuerwald believed it was important to include the state's law enforcement agencies' feedback since it would impact the way they do their jobs. He also feels it's one of the most important pieces of legislation in his political career.

"We met in person and all the times we met on Zoom, which is more times I could possibly think," Steuerwald said. "There is probably 15 versions of the bill before we got to the final product."

But the support from police isn't all the representative sought.

"I have a lot of respect for Representative Steuerwald," Shackleford said. "What we found was that law enforcement officers were using force too much and we have seen some disparities between the African American communities and officers using that use of force."

Shackleford believes HB1006 will also help improve the relationships between communities all over Indiana and the men and women who have sworn to protect and serve.

After a unanimous committee vote of 11-0, the next step is to the full House and the sponsors are already talking to state senators about HB1006.

Both Steuerwald and Shackleford believes their example of working together regardless of political party could serve as an example for other lawmakers in both the House and Senate.