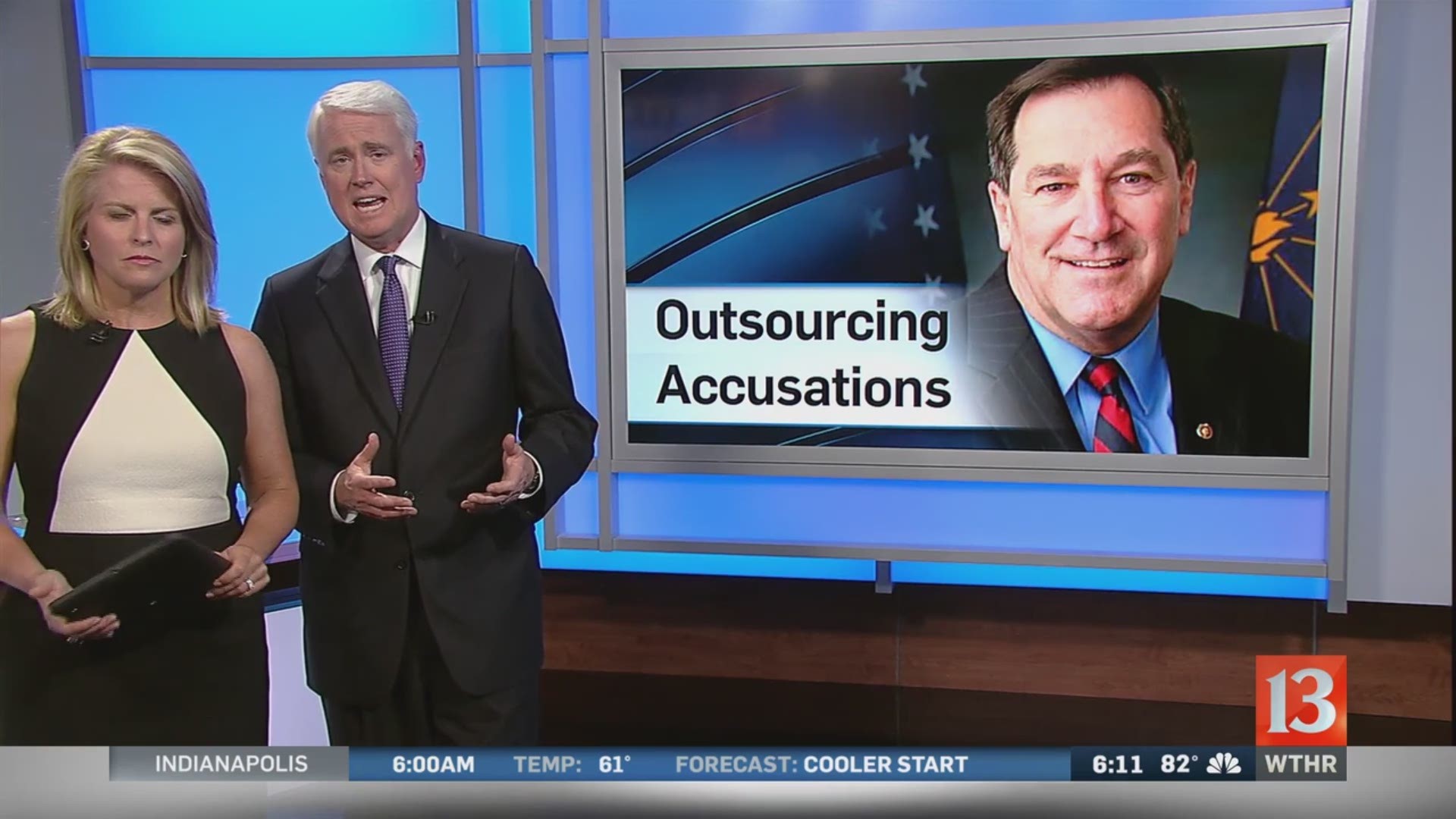 INDIANAPOLIS (AP) — An Indiana senator railed against Carrier Corp. for moving manufacturing jobs to Mexico last year, even as he profited from a family business that relies on Mexican labor to produce dye for ink pads, according to records reviewed by The Associated Press.

Joe Donnelly, considered one of the nation's most vulnerable Democratic senators up for re-election next year, has long blasted free-trade policies for killing American jobs. He accused Carrier, an air conditioner and furnace maker, of exploiting $3-an-hour workers when it announced plans to wind down operations in Indiana and move to Mexico.

However, an arts and crafts business Donnelly's family has owned for generations is capitalizing on some of the very trade policies — and low-paid foreign labor — the senator has denounced.

For more than a year, Stewart Superior Corp. and its subsidiaries have been shipping thousands of pounds of raw materials to Mexico, where the company has a factory that produces ink pads and other supplies, according to customs records from Panjiva Inc., which tracks American imports and exports. The finished products are then transported back to a company facility in California, the records show.

Stewart Superior, which also has an operation in LaPorte, Indiana, says on its website that the company's Mexican factory "brings economical, cost competitive manufacturing and product development to our valued customers."

Although Donnelly's brother runs the company, the senator previously served as a corporate officer and its general counsel before he was first elected to Congress in 2006. In a financial disclosure form he filed in May, Donnelly reported owning as much as $50,000 in company stock and earning between $15,001 and $50,000 in dividends on it in 2016 alone.

"Joe is proud to support good companies that create quality Hoosier jobs, including Stewart Superior," Peter Hanscom, Donnelly's campaign manager, said in an email to the AP. "Throughout his career, Joe Donnelly has always fought for a level playing field for the American worker, including a renegotiation of NAFTA, and he will continue to do so."

Alejandro Ruelas-Gossi, a Latin American trade expert, said Donnelly's stake in the company amounts to "hypocrisy" in light of his outspoken campaign rhetoric against the North American Free Trade Agreement and similar deals.

"What you are creating is poverty, because the jobs they are creating are very poor jobs. You have very poor salaries. You have poor quality of life. It's not good for America and it's not good for Mexico," said Ruelas-Gossi, a critic of these types of policies who has taught at the University of Miami School of Business and has written about Latin trade issues for Harvard Business Review.

During the 2016 presidential campaign, the Republican ticket of Donald Trump and Mike Pence, then Indiana's governor, made the plight of workers who would lose their jobs in the planned move by Carrier and its parent company, Connecticut-based United Technologies, a key part of their presidential campaign.

"What you're seeing with Carrier is what I call free riders," Donnelly told WTHR newsgathering partner TheStatehouseFile.com in August 2016. "What they do because of the trade agreement NAFTA, is they ship jobs to Mexico for $3 an hour, and so they get the benefit of the absolute lowest wages they can find, and then turn around to ship the products back into the United States."

Less than a month after Trump won the election, the company announced an agreement to spare about 800 jobs in Indianapolis. Donnelly thanked Trump for his involvement in the deal and pledged to stand with him in efforts to stop companies from outsourcing jobs to other countries.

Proponents of programs like the one Stewart Superior is using for its Mexican operations argue they provide employment to local workers while allowing U.S. companies to avoid some import duties and taxes. NAFTA has made the programs more enticing to American manufacturers.

But critics contend the efforts amount to a race to the bottom, syphoning jobs away from the U.S. while trapping Mexican workers in a low-wage cycle of poverty.

During his first run for the House in 2004, the former three-term congressman took on both NAFTA and the practice of "outsourcing"— a word he has called "a fancy term for 'Someone in Indiana has just lost their job.'"

He's currently sponsoring a bill entitled the "End Outsourcing Act," which would require companies to disclose jobs moved abroad, deny some tax benefits and economic incentives to those companies and also require the federal government to take into account a company's outsourcing practices when awarding contracts.

Donnelly, the lone Democrat elected statewide in Republican-dominated Indiana, is facing a tough re-election bid in 2018. Two Republicans in the U.S. House, Luke Messer and Todd Rokita, have signaled an interest in running.

"I have been fighting alongside these workers for years, arguing that we have an obligation to ensure that federal policies are designed to benefit the U.S. economy, and that we encourage investment in the foundation of our economy — American workers, their families and our communities," Donnelly wrote in a November letter to Trump that urged the president to advocate similar ideas.