A day after his big win in Washington, Jordan McLinn is back to being a kid

A nine year-old Indianapolis boy went to Washington to lobby lawmakers with a message: He wants to live. 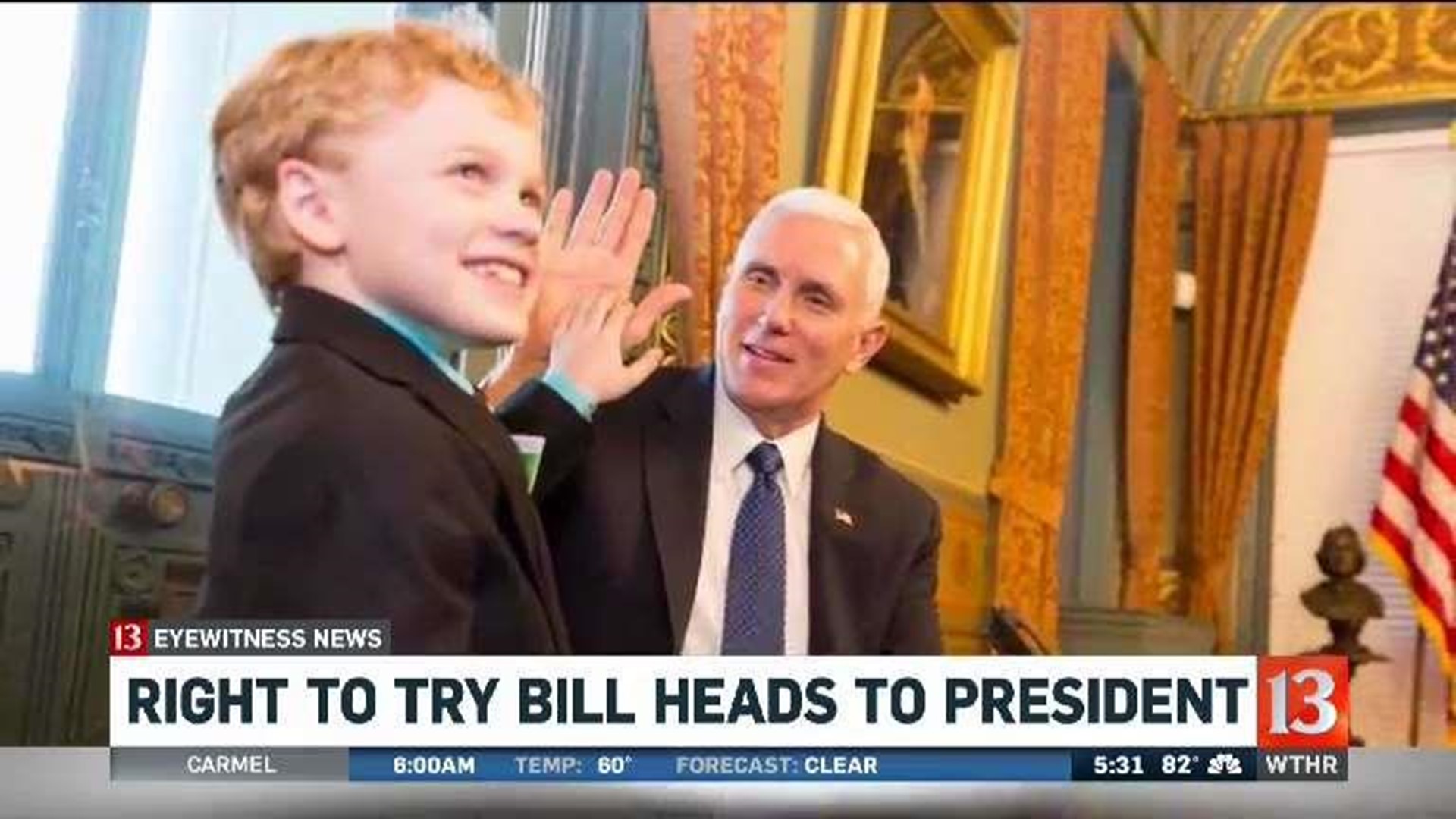 INDIANAPOLIS (WTHR) - A nine year-old Indianapolis boy went to Washington to lobby lawmakers with a message: He wants to live.

By doing so. Jordan McLinn is giving new life to so many more. The "Right To Try" bill he helped champion is headed to President Donald Trump's desk for a signature. There is no official word, but the president could sign the bill as early as next week.

That means everything to the McLinn family, but the bill passed Tuesday. On Wednesday, he had other priorities.

His school's field day was a competition he did not want to miss. Watching him on Wednesday, it's hard to believe he was in Washington D.C. a day earlier, celebrating the passage of the Right To Try legislation with Vice President Mike Pence.

It’s hard to believe it all now.

Four years ago at age 5, Jordan couldn't qualify for a clinical trial to help his fight against Duchenne Muscular Dystrophy. His only hope was to get the law passed at the Indiana Statehouse.

"It was about trying to get access for my son," his mother Laura remembered.

He went to Washington to save his own life and ended up granting hope of saving so many more. pic.twitter.com/11zsYQQjlr

After succeeding there, the little firefighter took his fight to Washington. But even as he celebrated, he was still thinking about those who weren't there like the late Gary Coons, former director of the Indianapolis Department of Homeland Security, who passed away earlier this month after a battle with Parkinson's Disease.

"Mommy, I really wish Gary was here. He would be so proud," Laura McLinn recalled her son telling her.

"It's great to see Jordan running like that," Laura observed with the heart of a mother.

Now at age 9, Jordan is 64 weeks into a clinical trial that is going very well.

"The law isn't so much about him today but so many other people," Laura said.

"This is going to affect many more than our son. So many folks and so many people will be able to say 'I tried'," Jordan's father Jeff added.

So now all that is left is for the president to sign the bill into law.

"Jordan made it clear if it was today, he was probably not going to be there," Laura explained.

Because he wanted to be at his school's field day with his Gold team.

There will be people who benefit from the legislation who the McLinns will never meet or ever know.

The McLinns still load up once a week to go to Chicago for Jordan's treatment. Next up, Laura told Eyewitness News she'll work on access to health care.