When Indiana residents vote in the November general election, they will have an opportunity to amend the state constitution by requiring the Indiana General Assembly to pass balanced budgets. 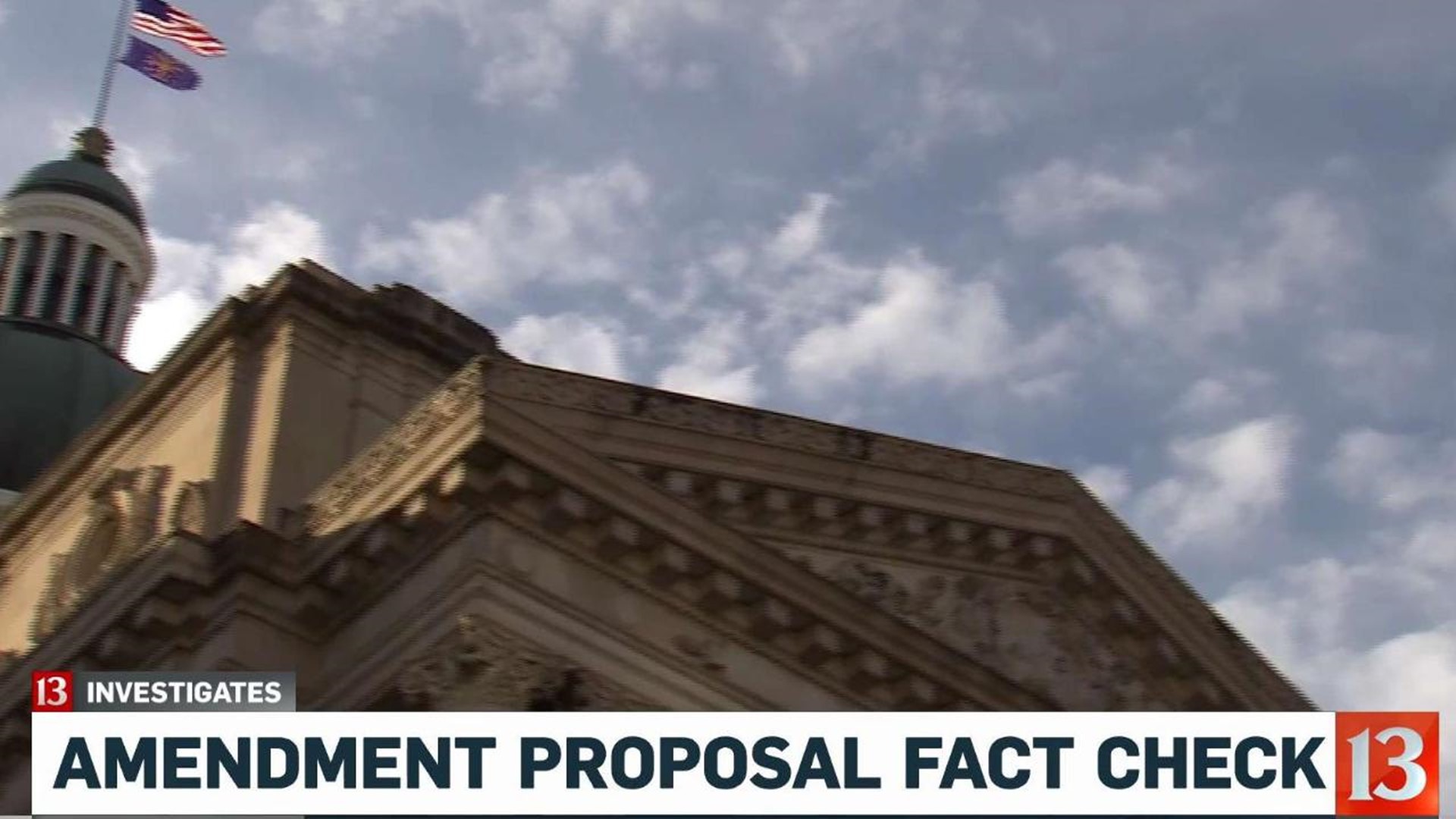 When Indiana residents vote in the November general election, they will have an opportunity to amend the state constitution by requiring the Indiana General Assembly to pass balanced budgets.

Here is the Public Question 1, as it appears on the ballot:

If the ballot proposal passes, lawmakers would not be allowed to approve more in spending than what the state expects to collect in revenues.

While mandating that legislators spend within their means seems to make fiscal sense, some Hoosier voters are expressing confusion about e-mails and social media posts that suggest the ballot proposal would come at a high cost to Indiana teachers, police officers and firefighters.

The messages claim voting "YES" on the balanced budget amendment will put pensions at risk for thousands of state educators and first responders because lawmakers could shortchange those pensions to cover future shortfalls in the state budget.

13 Investigates fact-checked the claim and determined it is not true.

"A no vote would protect Indiana's teachers, police officers, and fire fighters," says a Facebook post from 92 County Strategy, a political action committee that supports a traditionally liberal platform and viewpoints.

A widely-circulated e-mail says "To all my Indiana friends-please read this and vote no! The constitutional amendment for a balanced budget is a ploy to take public pensions (police, firemen, teachers) ... This must be a no vote to protect all public employees from having their pension funds raided to cover shortfalls to the state budget."

The non-partisan Indiana Public Retirement System, which oversees pension funds for the state of Indiana, felt compelled to respond to those claims by issuing a series of statements on its website. Among those statements, INPRS said "This amendment has no impact on the pension funds for firefighters, teachers or police."

The Indiana State Teachers Association has also weighed in on Public Question 1. That organization opposes the balanced budget amendment, claiming it is unnecessary and the result of partisan political posturing. At the same time, the teachers association told its members "Regardless of the outcome, the balanced budget amendment will have no impact on pre-funded public pension funds."

"I don't think our public pensions are at current threat and I don't think they will be under that amendment," he said.

The Indianapolis Democrat told 13 Investigates he will not vote in favor of the balanced budget amendment because he believes it is confusing for voters and because Indiana's constitution already has a provision that prohibits the state from going into debt.

"This is not solving any problem," Delaney added. "If you vote for it, that's OK. You're expressing your opinion that you believe in balanced budgets. If you vote against it, you're saying 'stop tinkering and stop fooling around' because this amendment really doesn't do anything we haven't been doing already."

Delaney reiterated he is not concerned about the amendment's impact on pensions. "No one's pension is going to be raided by this. That's not going to happen and no one is going to allow that to happen," he said.

Part of the confusion in the amendment comes from its wording, which requires the legislature to "actuarially fund" pensions during each budget cycle. Actuarial funding means lawmakers set aside money to fund the future needs of the pension plans based on financial projections from professional financial experts.

INPRS says the state is responsible for funding only a limited number of pensions that fall under the actuarial funding mandate, including the state's portion of the Public Employees' Retirement Fund hybrid plan, pensions for teachers employed by state correctional facilities, and the Excise, Gaming and Conservation Officers' Retirement Fund.

The majority of state pensions are considered pay-as-you-go funds that are not paid into by the state of Indiana’s biennial budget, according to INPRS. Those pension plans include the Teachers' Retirement Fund, the 1977 Fund funded by each police and fire entity, the main Public Employees' Retirement Fund, and retirement funds for judges and prosecuting attorneys. INPRS says those are not impacted at all by the constitutional amendment proposal.

So should Indiana add a constitutional amendment requiring state lawmakers to pass only balanced budgets?

Hoosiers will decide that question when they cast their ballots on November 6. Do not base your vote on claims that the amendment could wipe out pensions for teachers and first responders. WTHR's fact check shows that claim is FALSE.