A spokesperson for Delta said mechanical issues were caused by cicadas getting into the engine. 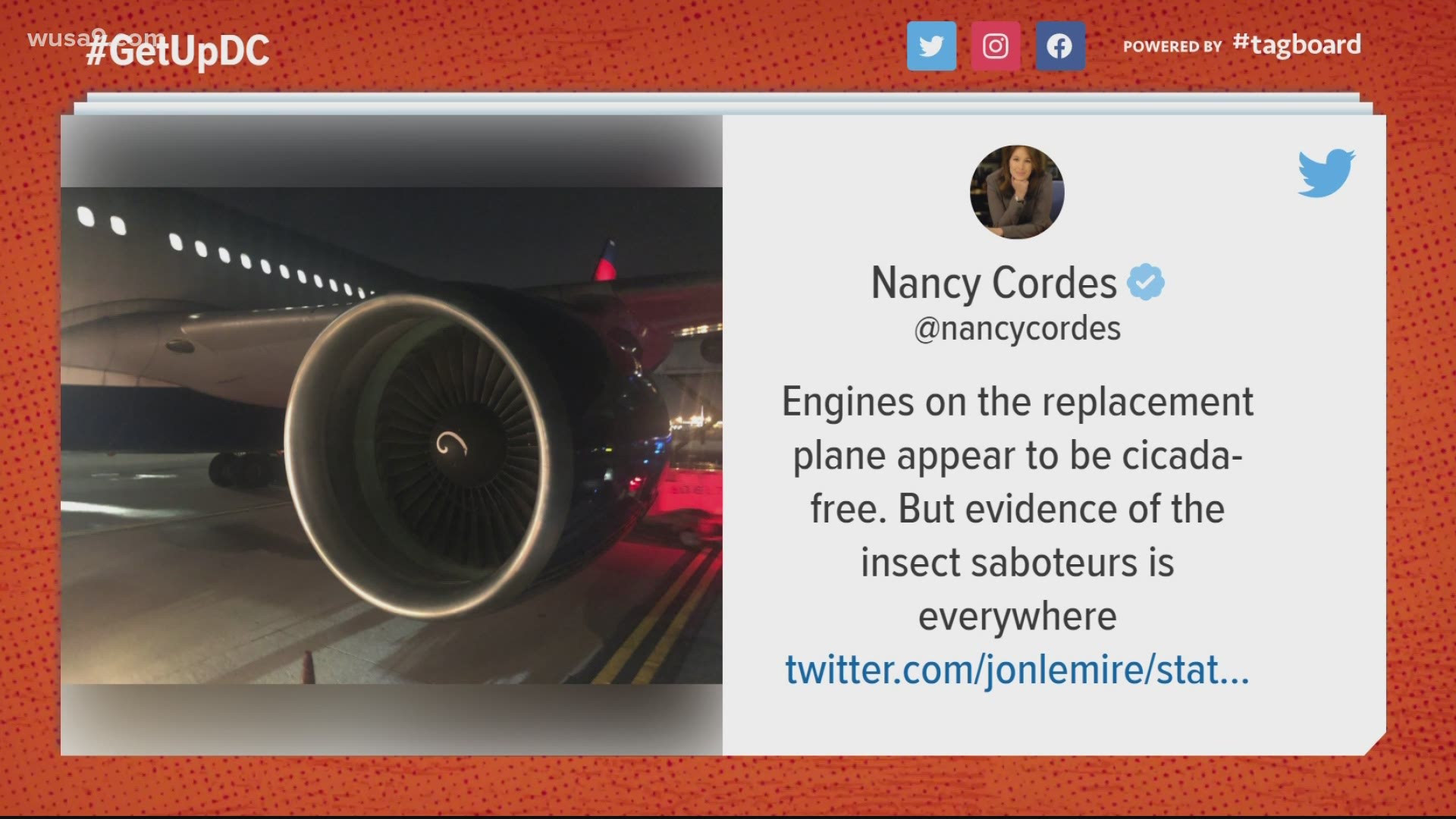 WASHINGTON — The Brood X cicadas cannot be stopped. The winged creatures have made their presence known in D.C., Maryland and Virginia. After 17 years underground it seems they're determined to make an impact.

The cicadas have inspired new desserts, and been added to restaurant menus. They are even being blamed for a car crash in Ohio. They are expected to die off later this month, but they aren't done yet.

"The White House press charter, flying from Dulles to Europe ahead of President Biden, has been delayed for hours - due to mechanical issues caused by cicadas. Yes. Cicadas," Jon Lemire, a reporter for the Associated Press said in a tweet Tuesday.

The White House press charter, flying from Dulles to Europe ahead of President Biden, has been delayed for hours - due to mechanical issues caused by cicadas

A spokesperson for Delta confirmed cicadas inside the engine had prevented the plane from taking off, our partners at the Washington Post reported.

Reporters on the plane said they were delayed until about 4 a.m. on Wednesday.

And the bugs didn't stop there. CNN reporter Natasha Bertrand tweeted video of the president swiping away cicadas as he was departing for his trip.

RELATED: VERIFY: Why does my neighbor have cicadas and I have none?