The bartender is gaining internet fame after a tweet about his quick-thinking actions went viral. 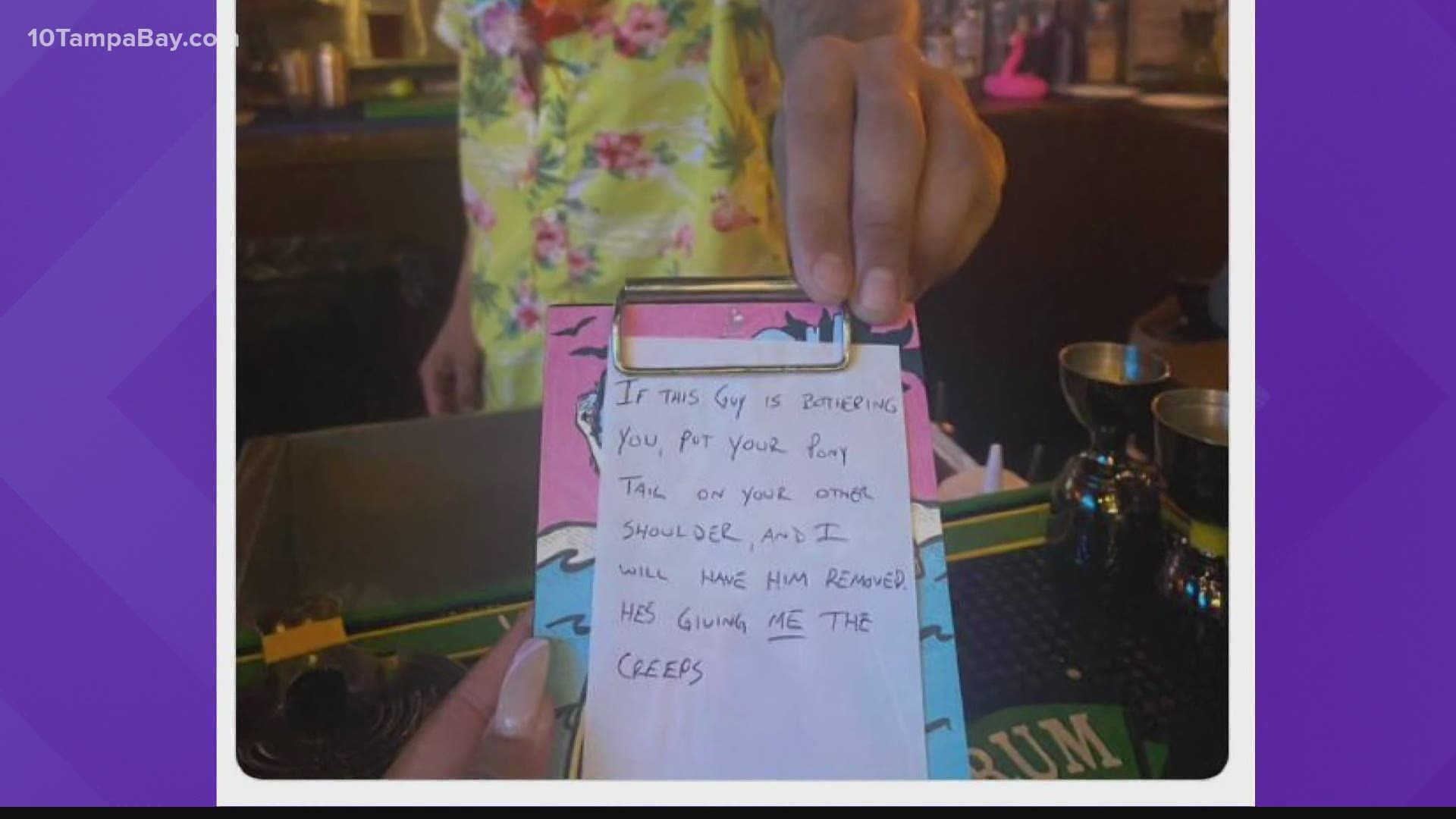 ST. PETERSBURG, Fla. — A round of applause for this attentive bartender!

A bartender at 'No Vacancy' in St. Petersburg is getting viral praise for noticing two women were being harassed by a fellow patron and stepping in to help.

One of the women shared on Twitter that she and her friend were repeatedly hit on by a man at the bar. Picking up on the women's discomfort from the unwanted advances, she wrote that bartender Max Gutierrez cleverly slipped the women a note disguised as a receipt which read, "If this guy is bothering you, put your ponytail on your other shoulder, and I will have him removed. He's giving me the creeps."

This man was harrassssing me and my friend and the bartender passed this note to me acting like it was my receipt ! Legit the type of bartender everyone needs pic.twitter.com/kGTGekNFgl

In a follow-up tweet, the woman said Gutierrez told the harasser that the women were "clearly not interested" and kicked him out.

The bartender's attentiveness and quick response has gained him internet fame. The woman's tweet racked up more than 200,000 likes on Twitter with over 1,000 comments, most commending Gutierrez.

"Not all heroes wear capes. Some wear Hawaiian shirts," one woman wrote.

Days after the tweet went viral, Gutierrez tweeted that the harassing patron came back to the bar for a beer, but refused to serve him.

Hey that's me! Lol
Fun update, the guy I kicked out Sunday night came back to the bar JUST NOW for a beer, told him I wouldn't serve him. 🤷🏽‍♂️