Rare sea turtle back in water after year-long rehab

Maisy underwent surgery after her rescue. She's now outfitted with a satellite transmitter as part of a tracking project. 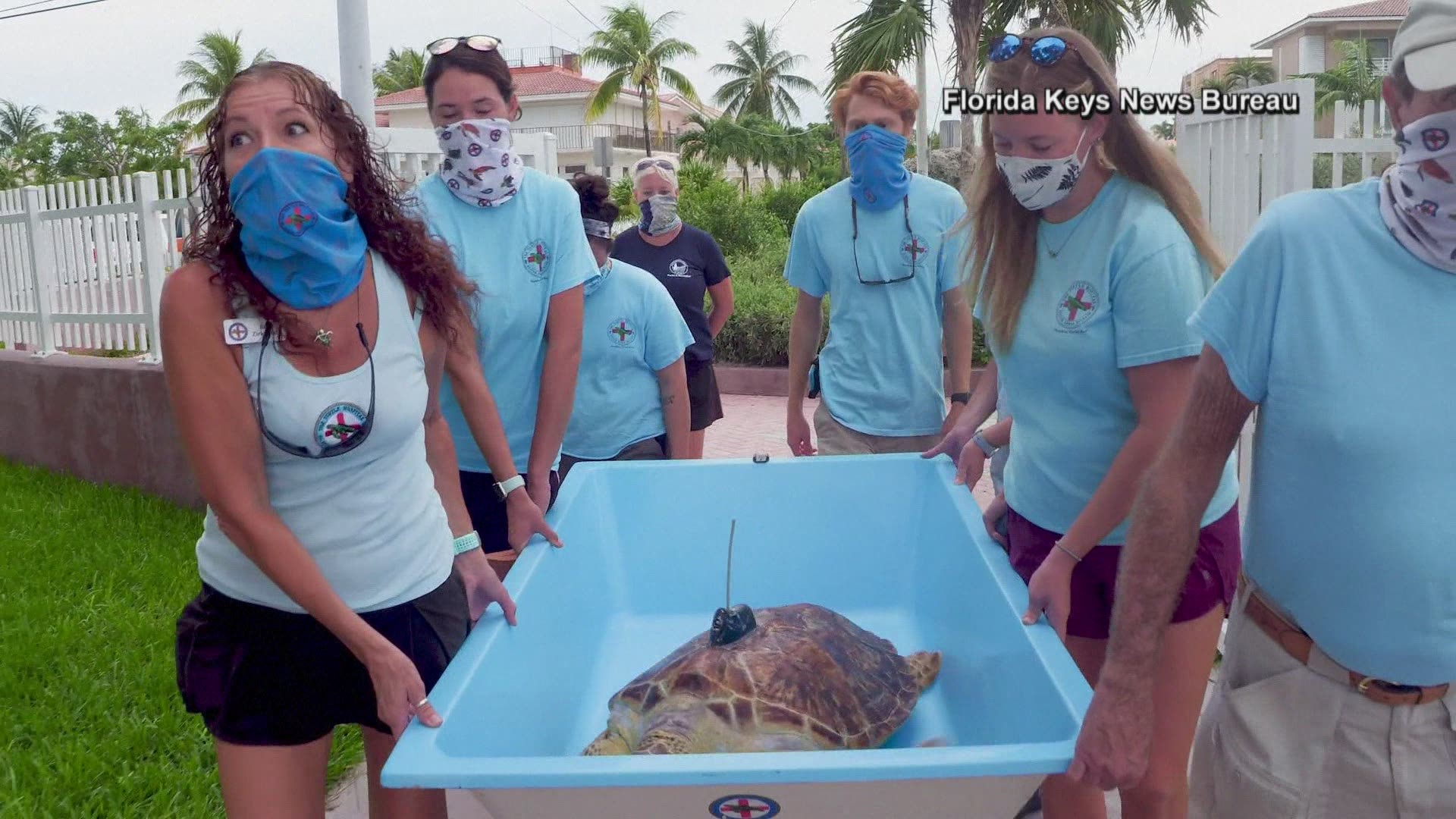 MARATHON, Fla. — A rare sea turtle was released back in the ocean Friday after being rehabilitated in the Florida Keys.

Maisy is a hybrid hawksbill-green sea turtle that was rescued about a year ago.

She has a condition called fibropapillomatosis, which is a herpes-like virus that affects sea turtles around the world.

The staff at the Summerland Key Turtle Hospital treated Maisy with surgeries, antibiotics and a healthy diet.

She was fitted with a satellite tracking transmitter before she was put back in the water.

Maisy now joins the so-called "Tour de Turtles" which is a marathon-like race that follows the migration of several sea turtles over three months.

"So this is the thirteenth year we've done the ‘tour de turtles,’” explained Dan Evans of the Sea Turtle Conservancy, “and it's done each year to really raise awareness about turtles and the threats to turtles.”

By Saturday morning, her tracker showed Maisy was swimming about mile off Boot Key and traveling parallel to the 7 Mile Bridge.

The tracking for Maisy ends August 1.