Alyssa Dewitt, who is five months pregnant, said she knew if she waited for authorities to arrive, the kids wouldn't have made it out of the water alive. 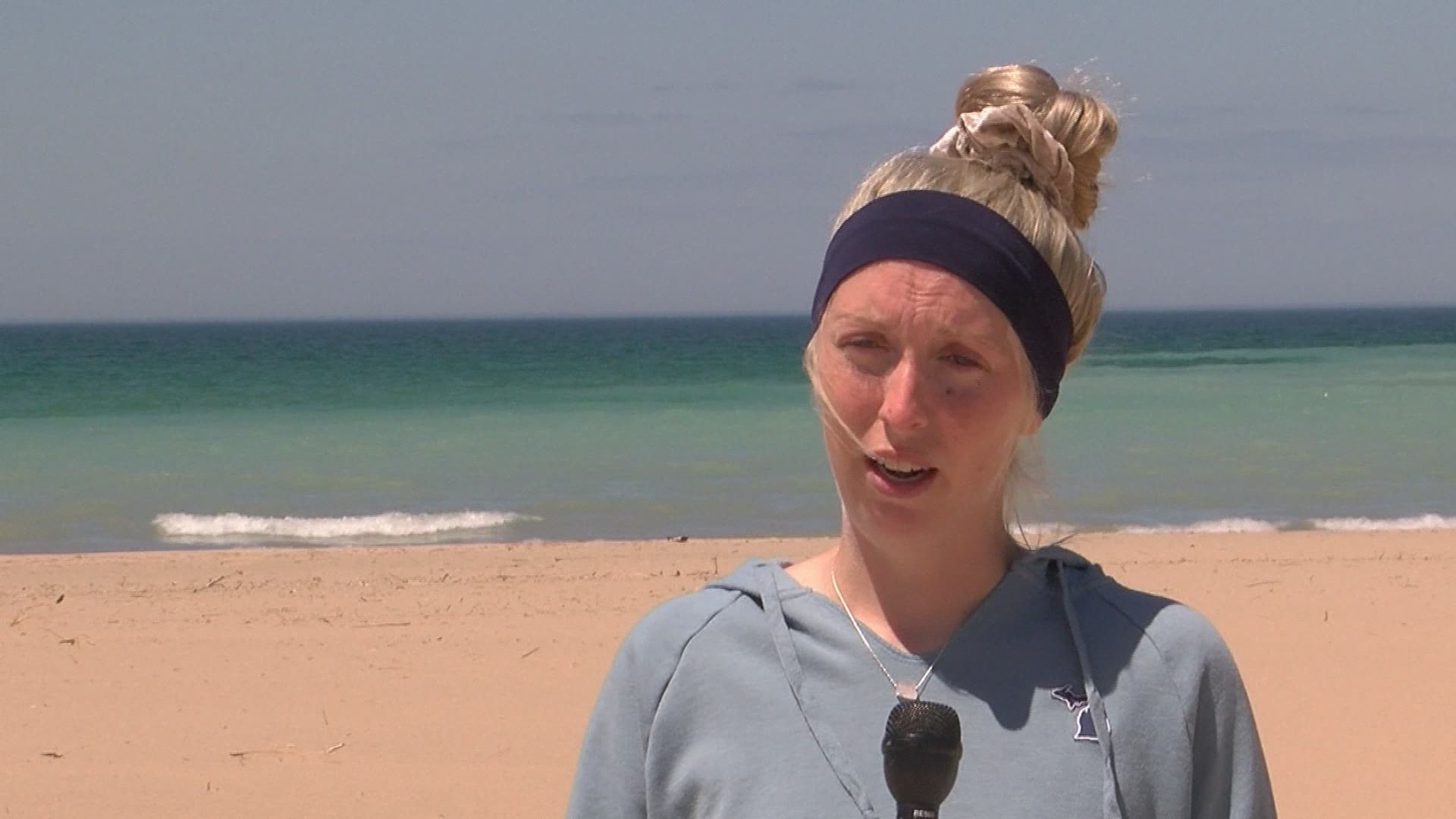 MANISTEE COUNTY, Mich. — A woman is being called a hero after saving three kids from drowning near a Lake Michigan pier.

According to NBC affiliate WPBN, Alyssa Dewitt was on the beach with her kids, when she saw arms waving in the water.

Rip currents had pulled a group of children, all under the age of 15, out deeper and deeper into Lake Michigan, and they couldn't get out.

"I ran to the edge of the pier. They couldn't even get their heads above water at that point. I called 911 immediately," Dewitt said.

Dewitt said she didn't think the children could hear her because the wind and waves were so loud.

"The best I could do was scream into the phone that we needed help, there were kids drowning," Dewitt said.

Dewitt said she knew if she waited for authorities to arrive, the kids wouldn't make it out of the water alive.

"I put my phone down with 911 on and laid down over the side of the pier and told them what to do, reach for my hand. Every time I would get them part way up, a wave would smash them back down," Dewitt said. "This girl looked at me and said, 'I'm gonna die.' It makes me cry every time I think about it. I said, 'I promise you, I am not gonna let you die out here. I will get you out of this water.'"

Dewitt safely pulled all three children out of the water and over the pier wall.

"I don't know how, but I did [it]. A lot of tears and hugs were shared yesterday. I know they were thankful," Dewitt said. "I am so thankful I was where I was at. I don't know if they would have gotten out alive if I had not seen them."

Manistee police arrived minutes after the kids were out safely.

"Thankfully, all parties involved sustained minor injuries, but without the actions of this heroic young lady, could have easily turned out differently," Chief Josh Glass said. "Especially being a father of young children, it's extremely impressive the way this young lady called to action without hesitation, and I think it's pretty obvious what would have happened if she wasn't there."

Dewitt is also five months pregnant. She went to the emergency room after the rescue to make sure her baby was OK since she was laying on her stomach on the pier to help rescue the kids.

Medics said Dewitt and her baby are OK and healthy.