Captain Stephen Bernero was struggling to find someone who could watch his dog for eight months, but Dogs on Deployment helped find a temporary home. 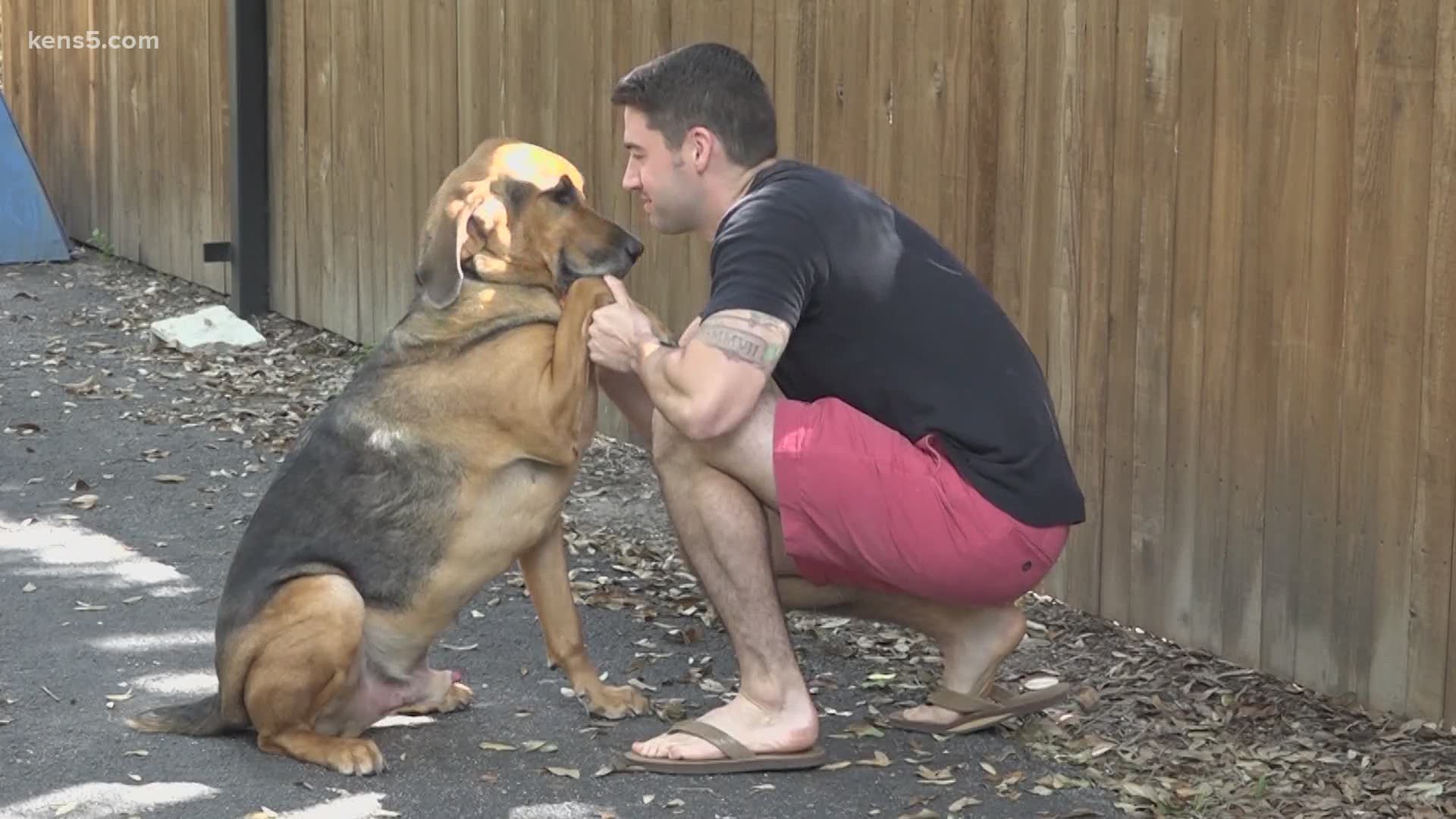 SAN ANTONIO — An Air Force Captain from Joint Base San Antonio reunited with his bloodhound after being deployed for eight months overseas. His dog Beauregard found a temporary home during that time thanks to the Dogs On Deployment Program.

Captain Stephen Bernero saw his furry friend for the first time in eight months. Captain Bernero told us, "I was running out of options for a place he could have both taken care of for the entirety of the time I was gone, and through a friend I was recommended the Dogs on Deployment Program."

Since its foundation in 2011, for those eligible pet owners being deployed, Dogs On Deployment has successfully boarded over 2000 pets and has more than 43,000 registered border homes. The home Beau ended up at belongs to Melanie McLean and Robert Chung. Mclean and Chung said, "In San Antonio, being Military City USA, we had several people reach out, and Steve, he's the first dog we've taken in through the program but we've had several people reach out. And we helped a cat too."

While Captain Bernero was in the United Arab Emirates, Beauregard was serving his country too, by guarding the Gulf of Mexico shores by Port Aransas, keeping watch over boaters and swimmers at Lake Buchanan, and guarding any couch he could get his seven-year-old paws on. But today his paws were all over Captain Bernero for the first time in eight months.

But now it is time for Beau to leave his temporary home. Mclean and Chung told us, "The kids are going to miss him because he's so big and cuddly and I know our little one definitely likes having a bigger dog around."

That home is where Beau found love and stress was taken off of the mind of one man serving his country. Captain Bernero added, "I can't tell you how much of a relief it was when I was struggling in the 11th hour to try to find someone to watch him."

RELATED: Want to adopt a pet? Here are some delightful doggies to adopt in San Antonio