The FOP said the banners dedicated to Breonna Taylor are in violation of the city's street banner program guidelines. 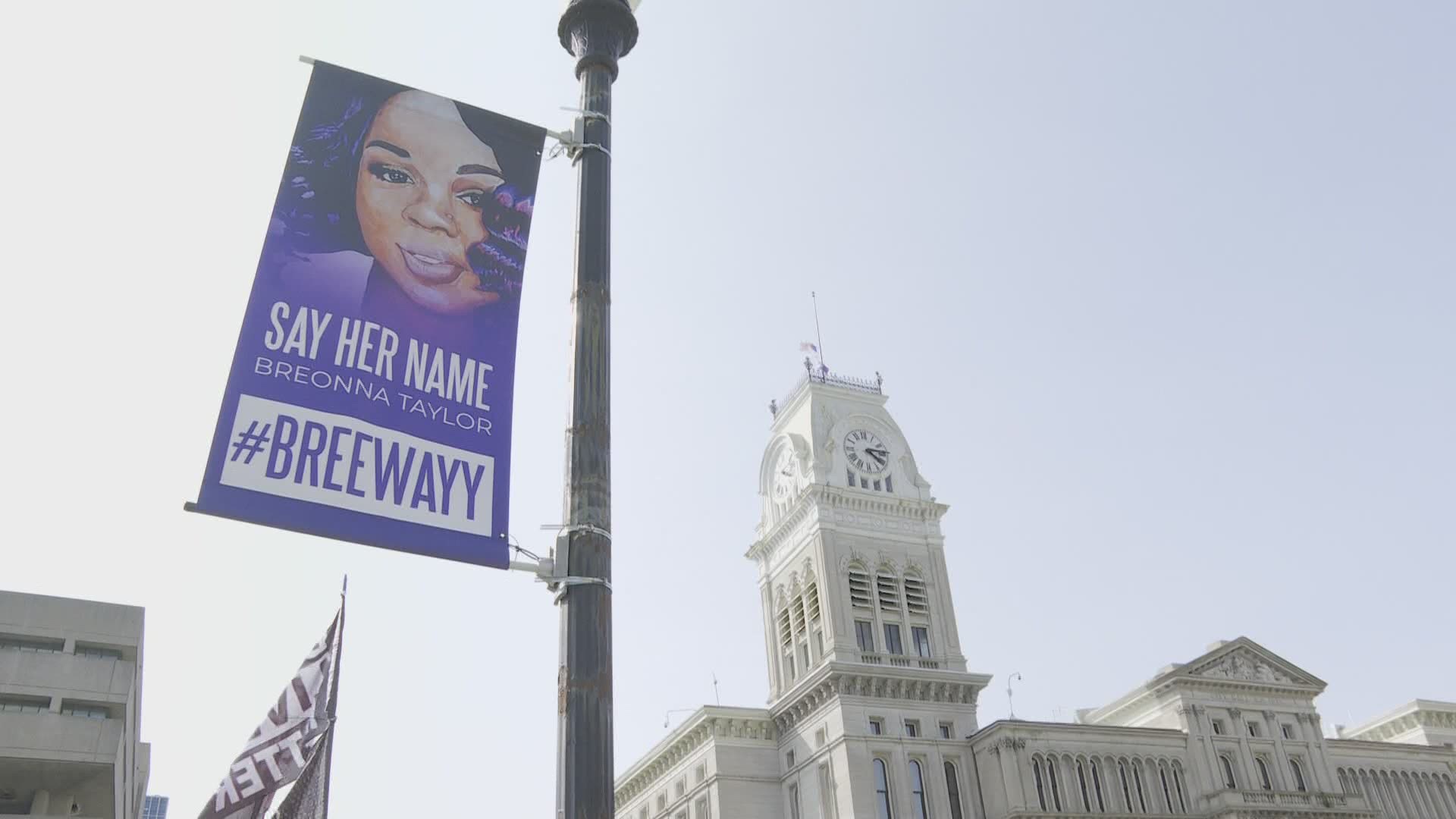 LOUISVILLE, Ky. — The River City Fraternal Order of Police has requested that Breewayy banners placed around Jefferson Square Park be taken down.

President Ryan Nichols said the FOP sent a request to the mayor's office, Chief of Public Safety Amy Hess and the Metro Council saying the banners are in direct violation of the city's street banner program guidelines.

The banners honoring Breonna Taylor, David McAtee and others were placed on light poles around 6th and Jefferson earlier in the week. Organizers said they originally wanted to paint "Black Lives Matter" on the street, but the city denied it.

Nichols said street banner program guidelines say banners will not be used to advertise individual businesses, sell merchandise or promote organizations or issues with a message.

The FOP president also said the banners seem "problematic" without the violation of guidelines, saying the BLM movement has had "a large portion of violence directed toward police."

Nicole Hayden, one of the organizers, said the banners are meant to serve as a place of healing.

"These banners will serve as a place for us to share our appreciation to those who have been down here for over 100 days to try to get justice for Breonna Taylor," Nicole Hayden said.

The FOP has not heard back from the city on whether the banners will be taken down. The executive director of the Louisville Downtown Partnership, which controls banners, told WHAS11 they do not plan to take them down.