WASHINGTON — A Montgomery County man charged with hitting a DC Police Officer during the January 6th siege on the US Capitol pled not guilty Wednesday.

Charging documents say 26-year-old David Blair from Clarksburg, Maryland was standing on the West Lawn of the US Capitol holding a Confederate Flag attached to a lacrosse stick when he was captured on body cam video getting into an altercation with a DC Police Officer.

Prosecutors say you can see Blair on the body cam, his face covered with a mask, being pushed back by a DC Police Officer using a baton. Prosecutors say that sent Blair into a profanity-laced tirade before allegedly hitting the officer in the chest with that lacrosse stick.

Several other officers restrained Blair and he was placed into custody.

Blair pled not guilty to all the criminal charges against him, 3 of them felonies, including assault on a police officer. 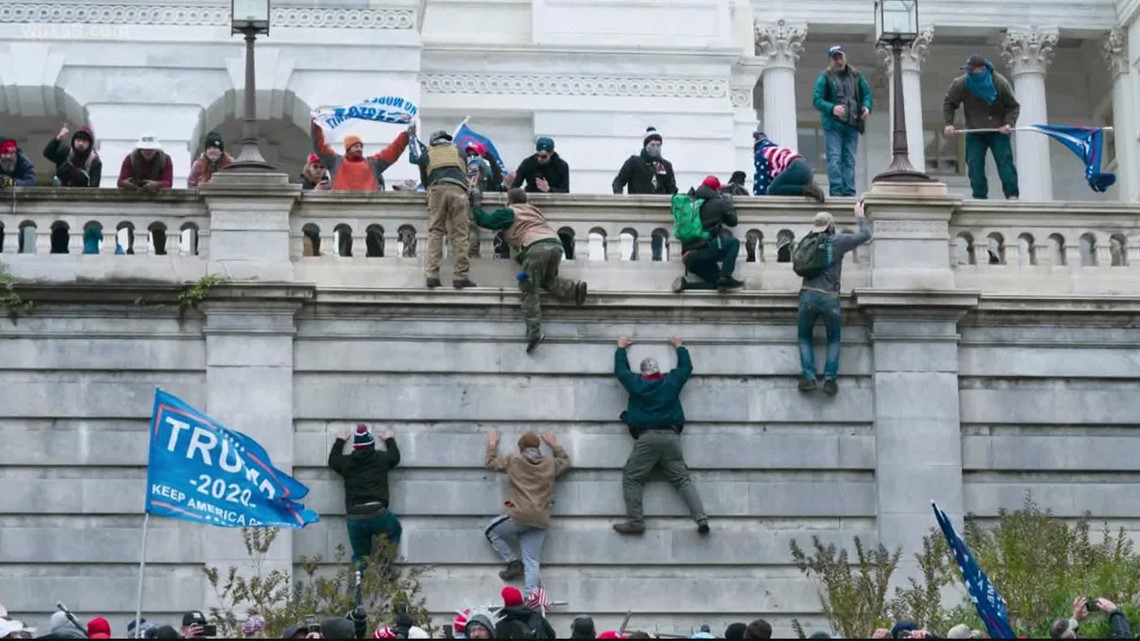 Oath Keepers, Proud Boys want public defenders. And the Constitution they sought to upend protects that right
The majority of suspects in the January 6 insurrection could wind up with court-appointed attorneys. That's how the American justice system works. WASHINGTON - When Jessica Watkins and fellow members of the Oath Keepers militia stormed the U.S.

Prosecutors set his next court hearing for late May, at which point they told the judge they “expect to offer a plea deal in this case and other cases.”

Meanwhile a second man taken to the ground by DC Police on January 6th was also back in front of a judge Wednesday. 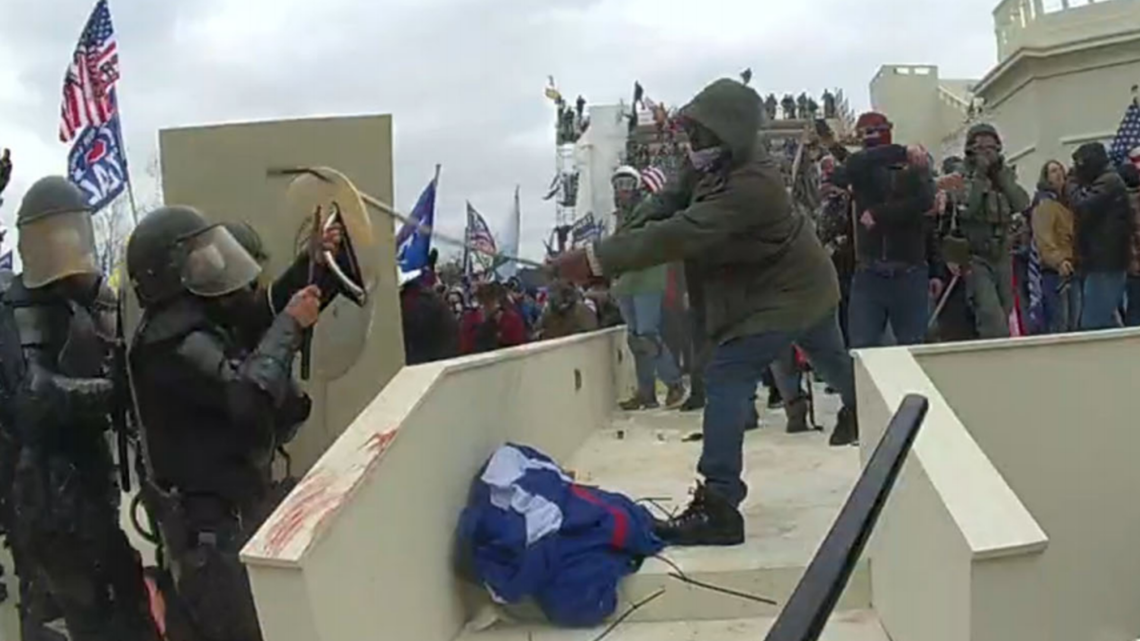 A DC man repeatedly assaulted Capitol officers with a metal pole, the FBI says, but overwhelmed police had to let him go anyway
Mark Ponder, of NW D.C., is back in custody on multiple federal charges, including assaulting federal officers. WASHINGTON - A Northwest D.C. man accused of assaulting officers with a metal pole during the Capitol riot is back in custody after initially being released during the chaos on January 6.

Court documents show MPD had to let Mark Ponder go in the midst of the chaos, even after they cuffed him, because officers couldn’t get a transport to take him to jail, and because the officers detaining Ponder were called back to assist fellow officers who were being overrun.

It was another 2 months before the FBI tracked Ponder down at his apartment in Northwest DC and charged him.

Ponder also pled not guilty during his arraignment Wednesday. Prosecutors said they were more than doubling the number of criminal charges against Ponder, from 5 to 12.

A number of those are felonies including assault on a police officer with a dangerous weapon.

An MPD spokesperson said Ponder was the only one they were aware of officers had to let go after being successfully detained January 6th.

For a list of defendants charged in the January 6th attack on the US Capitol click here.