Bullied because of his hair: Spring boy's story could be what we all need to hear right now

Julian Cienfuegos lost his great-grandmother to cancer. He spent the last 3 years growing his hair so he could donate it to children who are fighting cancer. 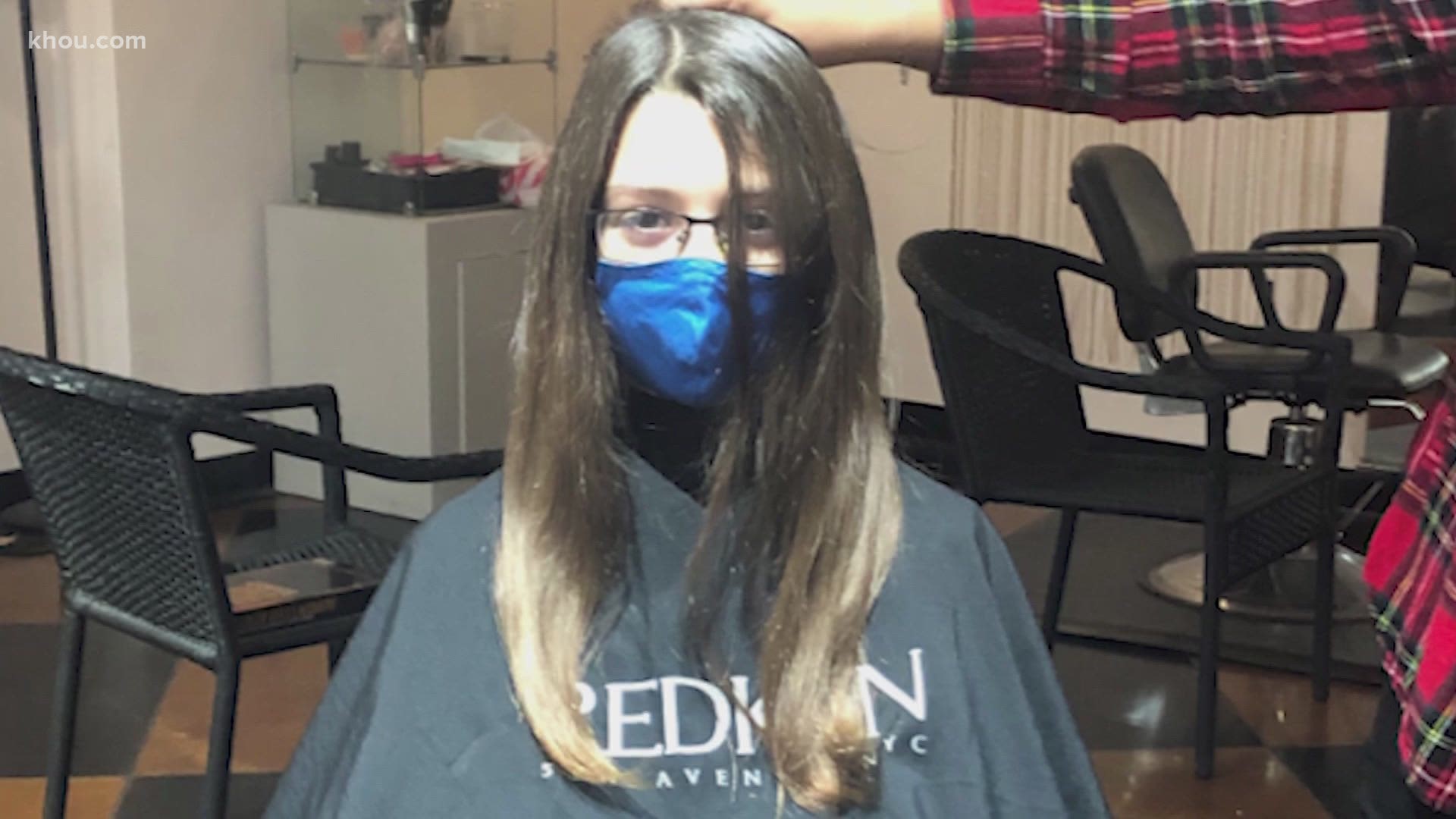 SPRING, Texas — Julian Cienfuegos is a 9-year-old Spring boy whose story could be what we all need right now.

In spite of the cruelty from his classmates, the 4th-grader is determined to help strangers. Julian was 5 when his great-grandmother, Minerva Hernandez, lost her battle to cancer. Hernandez was diagnosed with breast cancer which spread to her lungs. During Hernandez’s fight, she lost her hair.

“So we think it kind of stemmed from that,” Julian’s mother Jennifer Cienfuegos said.

She’s an oncology nurse who explained to her son why some people lose their hair. So, when Julian turned 6, he decided he would grow his hair and then donate it to Wigs For Kids. The non-profit makes wigs for kids battling cancer and other medical challenges.

“So, he got picked on a lot, for it being long,” Jennifer Cienfuegos said. “He got called a girl. Or, when the boys would use the restroom they would tell him, 'Why are you in this restroom? You’re a girl.'”

“It made me feel really sad,” Julian said. “Everyone just assumed I was a girl.”

The bullies were relentless, but Julian was determined.

“Because, if it wasn’t long enough, they couldn’t make a wig out of it,” he said for his reason to continue growing his hair.

It was a three-year personal sacrifice to help a stranger. Because of the world we live in, we know just how hard that is.

“As a mother, to watch your child be picked on for something, for doing something so kind, it’s hard. But, he’s, like, the strongest kid I know. He’s always cared more about people in need ... or others. So, he just stuck with it,” Jennifer Cienfuegos said.

The Spring boy grew his hair for 3 yrs.
Bullies were relentless.

But Julian was determined to donate hair to @WigsforKids so others wouldn't be ridiculed for how they look.

And finally, in late October, Julian walked into a salon. The stylist separated his hair into eight, 14-inch long ponytails and began to cut.

He donated his hair in honor of his great-grandmother.

When asked if he would do it all over again, the little boy nodded his head and said, “yes.”

Because what stays with us is satisfaction, not the temporary inconvenience.

“We’re hoping that a parent or anyone in general who sees this, who has long hair and is thinking about cutting it, would just take a second to think what I could possibly do with this. And how I could change someone’s life,” Jennifer Cienfuegos said.

If a 9-year old has the power to help others in his own way, so do we.

Thanks to mom Jennifer Cienfuegos for sharing this story with KHOU 11 News Reporter Melissa Correa on Nextdoor. To connect with Melissa on Nextdoor, click here.