A World War II-era B-17 bomber with 13 people aboard crashed and burned at the Hartford airport after encountering mechanical trouble on takeoff Wednesday, and a state official said at least seven were killed. 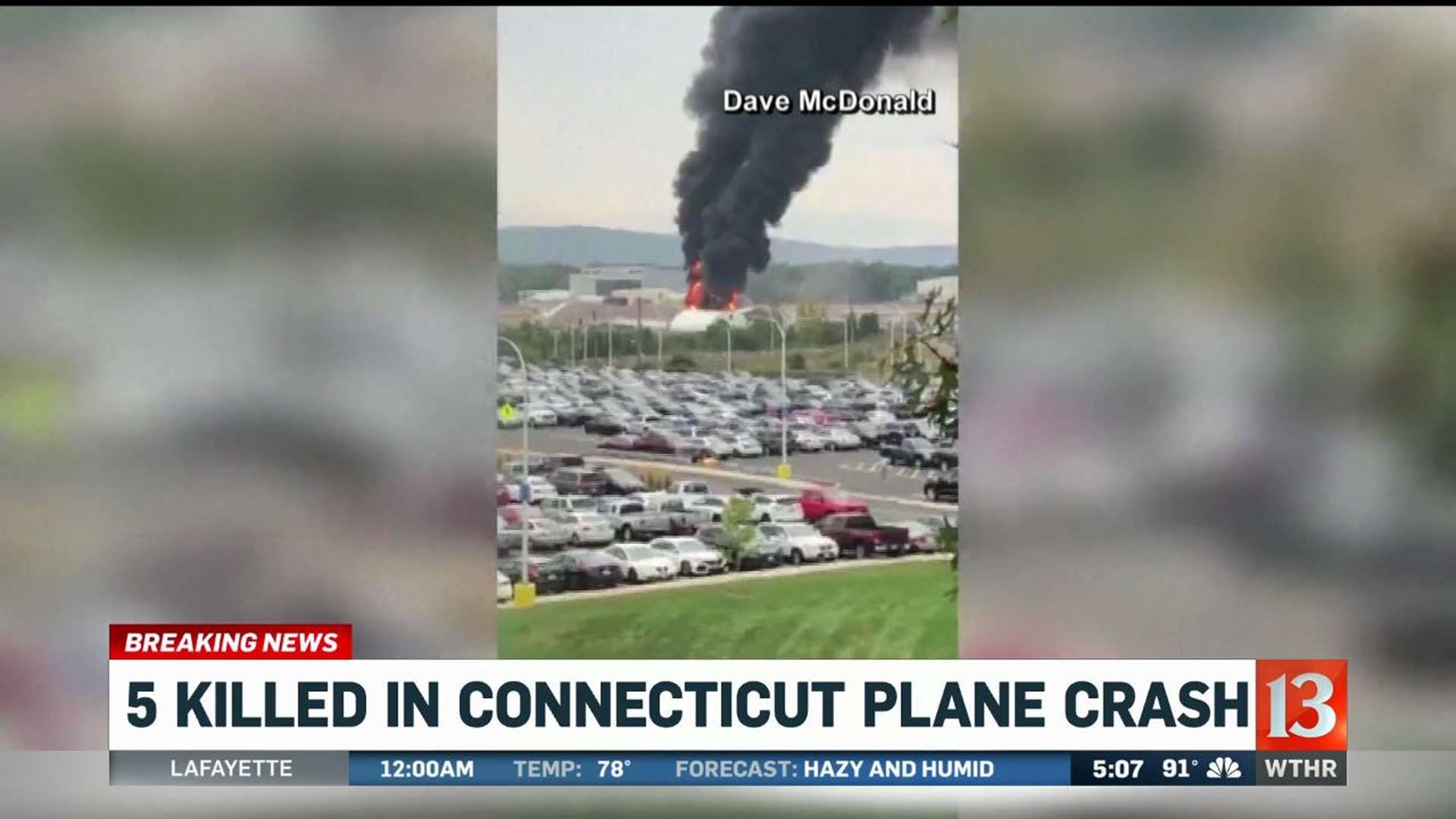 WINDSOR LOCKS, Conn. (AP) — A World War II-era plane with 13 people aboard crashed and burned at the Hartford airport after encountering mechanical trouble on takeoff Wednesday, killing seven of them.

The four-engine, propeller-driven B-17 bomber struggled to get into the air and slammed into a maintenance building at Bradley International Airport as the pilots circled back for a landing, officials and witnesses said.

It had 10 passengers and three crew members, authorities said.

Connecticut Public Safety Commissioner James Rovella said hours after the crash that some of those on board were burned, and “the victims are very difficult to identify.”

Some of the survivors of the crash were critically injured, authorities said. One person on the ground was also hurt in the crash and a firefighter involved in the response suffered a minor injury. No children were on the plane.

A fire with black smoke rose from near the airport as emergency crews responded. The airport said in a message on Twitter that it has closed. (AP Photo/Jessica Hill)

The death toll of seven could rise, Rovella said. He said some lives were likely saved by the efforts of people including a person who raced to help the victims and people on the plane who helped others to escape the fire by opening a hatch, Rovella said.

“You’re going to hear about some heroic efforts from some of the individuals that were in and around that plane,” he said.

The retired, civilian-registered plane was associated with the Collings Foundation, an educational group that brought its Wings of Freedom vintage aircraft display to the airport this week, officials said.

The vintage bomber _ also known as a Flying Fortress, one of the most celebrated Allied planes of World War II _ was used to take history buffs and aircraft enthusiasts on short flights, during which they could get up and walk around the loud and windy interior.

“Right now my heart really goes out to the families who are waiting,” Gov. Ned Lamont said. “And we are going to give them the best information we can as soon as we can in an honest way.”

The National Transportation Safety Board sent a team of 10 to investigate the cause of the crash.

The plane was a few minutes into the flight when the pilots reported a problem and said it was not gaining altitude, officials said. It lost control upon touching down and struck a shed at a de-icing facility just before 10 a.m.

The airport _ New England’s second-busiest _ was closed afterward but reopened a single runway about 3½ hours later.

Flight records from FlightAware shows the plane had traveled about 8 miles (13 kilometers) and reached an altitude of 800 feet (244 meters).

In recordings of audio transmissions, the pilot told an air traffic controller that he needed to return to the airport and land immediately. Asked why, he said: “Number four engine, we’d like to return and blow it out.”

Brian Hamer, of Norton, Massachusetts, said he was less than a mile away when he saw a B-17, “which you don’t normally see,” fly directly overhead, apparently trying without success to gain altitude.

One of the engines began to sputter, and smoke came out the back, Hamer said. The plane made a wide turn and headed back toward the airport, he said.

“Then we heard all the rumbling and the thunder, and all the smoke comes up, and we kind of figured it wasn’t good,” Hamer said.

Antonio Arreguin, who had parked at a construction site near the airport, said he did not see the plane but heard the explosion and could feel the heat from “this big ball of orange fire” about 250 yards (229 meters) away.

The same plane also crashed in 1987 at an air show near Pittsburgh, injuring several people, the Collings Foundation said. Hit by a severe crosswind as it touched down, the bomber overshot a runway and plunged down a hill. It was later repaired.

The crash reduces to nine the number of B-17s actively flying, said Rob Bardua, spokesman for the National Museum of the U.S. Air Force, near Dayton, Ohio.

Boeing-built B-17 Flying Fortresses _ 74 feet (23 meters) long, with a wingspan of 104 feet (32 meters) _ were used in daylight bombing raids against Germany during the war. The missions were extremely risky, with high casualty rates, but helped break the Nazis’ industrial war machine.

The B-17 that went down was built in 1945, too late to see combat in the war, according to the Collings Foundation.

It served in a rescue squadron and a military air transport service before being subjected to the effects of three nuclear explosions during testing, the foundation said. It was later sold as scrap and eventually was restored. The foundation bought it in 1986.