Video shows the moments leading up to a bison goring a 72-year-old woman in Yellowstone National Park. 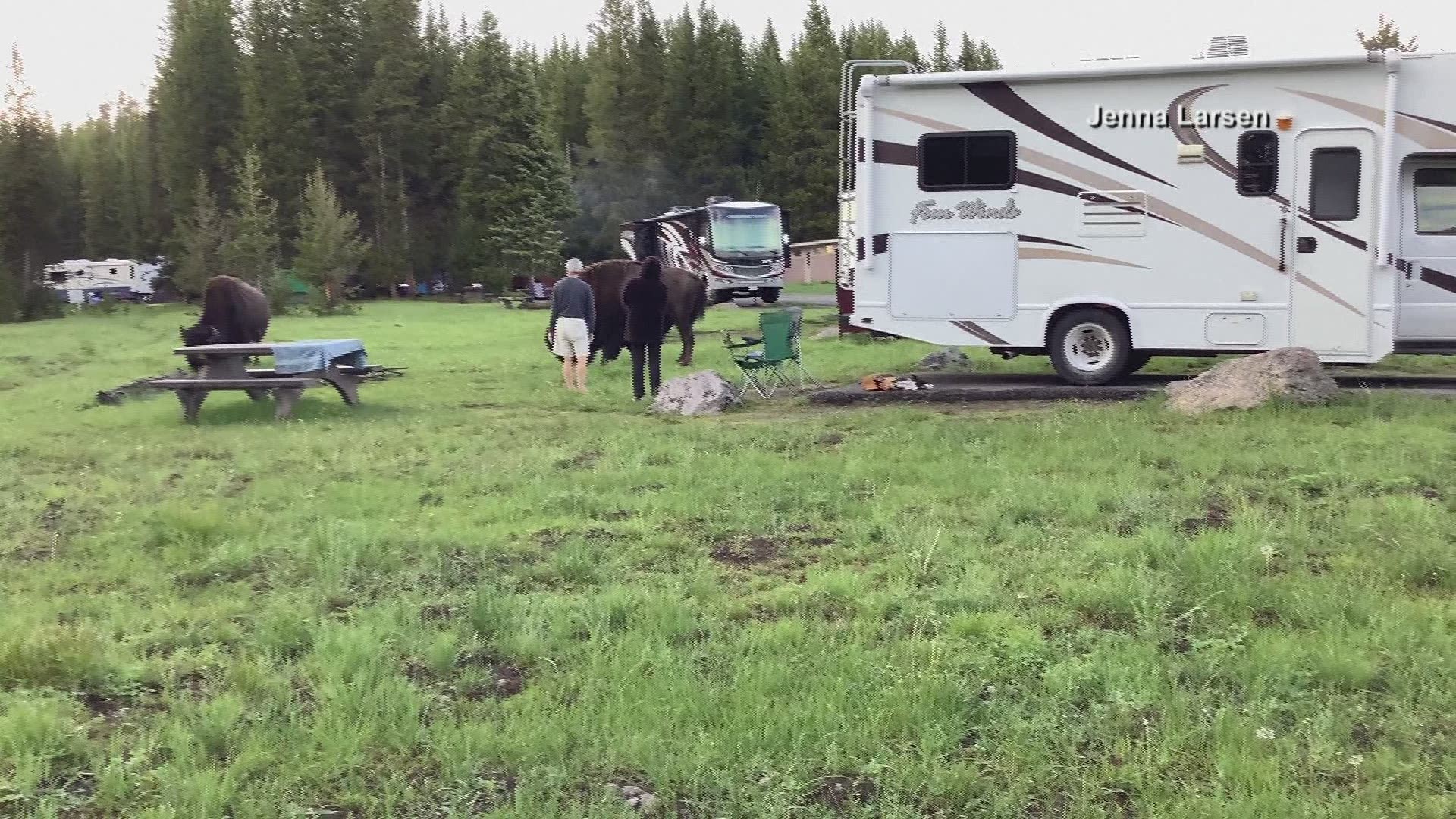 YELLOWSTONE NATIONAL PARK, Wyo. — Newly released cell phone video is giving people a look at just how close a woman got to a bison in Yellowstone National Park before the animal attacked. The video — from another visitor to the Bridge Bay Campground in Wyoming — shows a 72-year-old woman standing very close to the bison on Thursday, June 25.

A Yellowstone biologist said the bison was threatened due to repeatedly being approached to within 10 feet. The animal eventually charged at and gored the woman.

She was airlifted to a hospital in Idaho for treatment.

Park visitors are urged to stay at least 25 feet away from animals.