Who are the Proud Boys? | Extremist group mentioned during presidential debate

The far-right extremist group of neo-fascists describes themselves as “western chauvinists,” and they have been known to incite street violence. 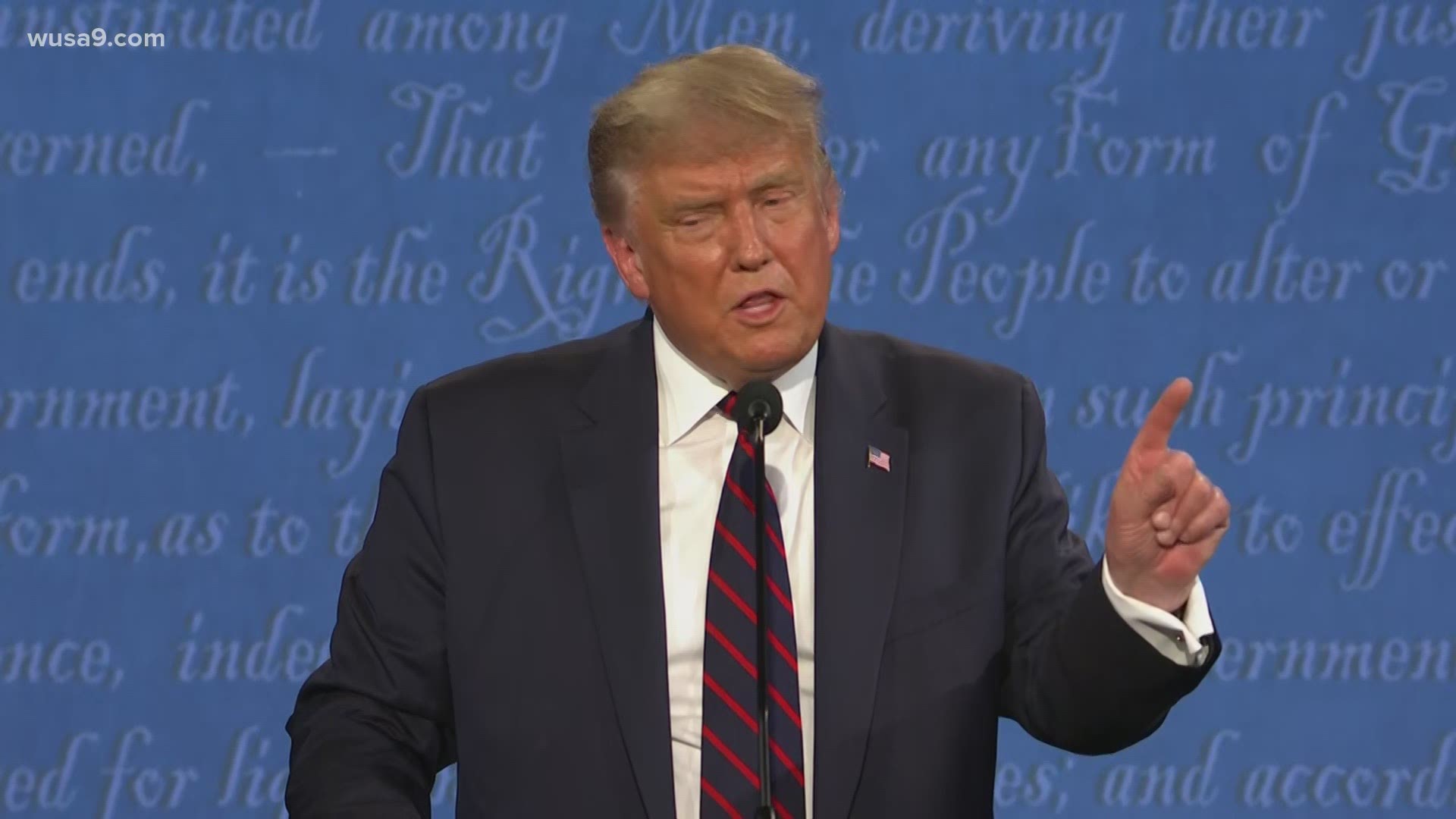 Trump was responding to a question from debate moderator Chris Wallace, who asked the president if he would condemn white supremacist and militia groups that have showed up at some protests. Wallace specifically mentioned Kenosha, Wisconsin, where a white teenager was charged with killing two protesters during demonstrations over the police shooting of Jacob Blake, a Black man. Trump has repeatedly blamed “antifa,” which stands for the anti-fascist movement.

“I'm willing to do anything. I want to see peace," Trump said. “What do you want to call them? Give me a name."

“Proud Boys,” Democrat Joe Biden chimed in, referencing the far-right extremist group that has shown up at protests in the Pacific Northwest.

He then added that the violence and "almost everything I see is from the left wing, not from the right wing."

RELATED: Trump to far-right extremists: 'Stand back and stand by'

So, who are the Proud Boys?

The male-only group of neo-fascists describes themselves as “western chauvinists,” and they have been known to incite street violence. The Anti-Defamation League describes the alt-lite group as violent, nationalistic, Islamophobic, transphobic and misogynistic.

The group was established during the 2016 presidential election by VICE Media Co-founder Gavin McInnes. And the name comes from a song in the musical "Aladdin."

McInnes, a fiscal conservative and libertarian, according to the New York Times, calls himself a champion of Western values. BBC reported that he disassociated himself from the group in 2018, but on Tuesday night in a video, he reacted to the debate and said, "I control the Proud Boys, Donald. Do not stand down, do not stand back."

Since the start of the Proud Boys, McInnes has decried racism and anti-Semitism but his actions do not follow suit, the ADL said. He has posted videos of himself giving the Nazi salute and repeatedly saying “Heil Hitler.”

ADL CEO Jonathan Greenblatt described the group as "a virulent strain of American right-wing extremism" that has "a long track record of violence, including in Portland this past weekend."

Credit: AP
FILE - Members of the Proud Boys cheer on stage as they and other right-wing demonstrators rally, Saturday, Sept. 26, 2020, in Portland, Ore. (AP Photo/John Locher)

The group has chapters in most states and several overseas including in Britain, Norway and Australia, ADL said. .

The group, as well as other affiliated groups faced off against Antifa in a number of violent rallies in the past few years. The most recent taking place in Oregon, Washington and New York.

A former Proud Boy was Jason Kessler, the primary organizer of the deadly 2017 "Unite the Right Rally" in Charlottesville, ADL said. Several members were in attendance of the demonstration that ended in the death of counter-protestor Heather Heyer.

FBI Director Christopher Wray told a congressional panel last week, though, that white supremacists and anti-government extremists have been responsible for most of the recent deadly attacks by extremist groups within the U.S.

The group has had to rely on other messaging apps to communicate like Telegram, an instant messaging service. After the debate, Proud Boys leaders and supporters celebrated the president’s words on social media. A channel on Telegram with more than 5,000 of the group’s members posted “Stand Back” and “Stand By” above and below the group’s logo.