Tons of explosives could not bring down a 93-year-old bridge in Arkansas. 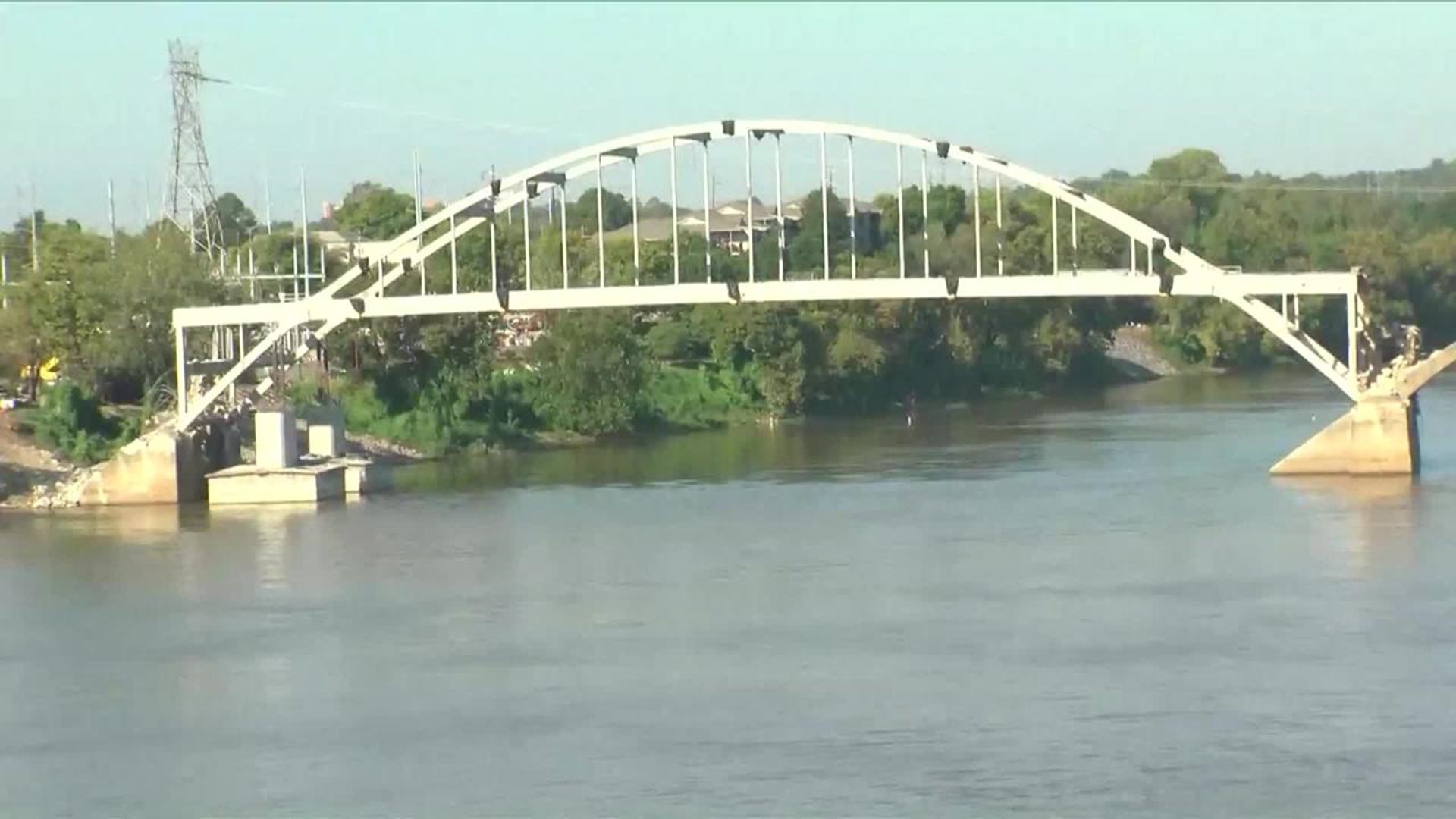 LITTLE ROCK, Ark. (KARK) - Tons of explosives could not bring down a 93-year-old bridge in Arkansas.

The Broadway Bridge connecting Little Rock and North Little Rock across the Arkansas River was imploded Tuesday morning, but the arch of steel didn't come down. State transportation officials say they don't yet know why the explosion didn't work, though it did weaken the structure.

Their next attempt was to attach cables to the bridge and use a barge to try to pull the bridge the rest of the way down. Those efforts paid off and the bridge came down just before 4 p.m. Indianapolis time - about five hours later than planned.

The new $98.4 million Broadway Bridge is scheduled to be completed early next year.