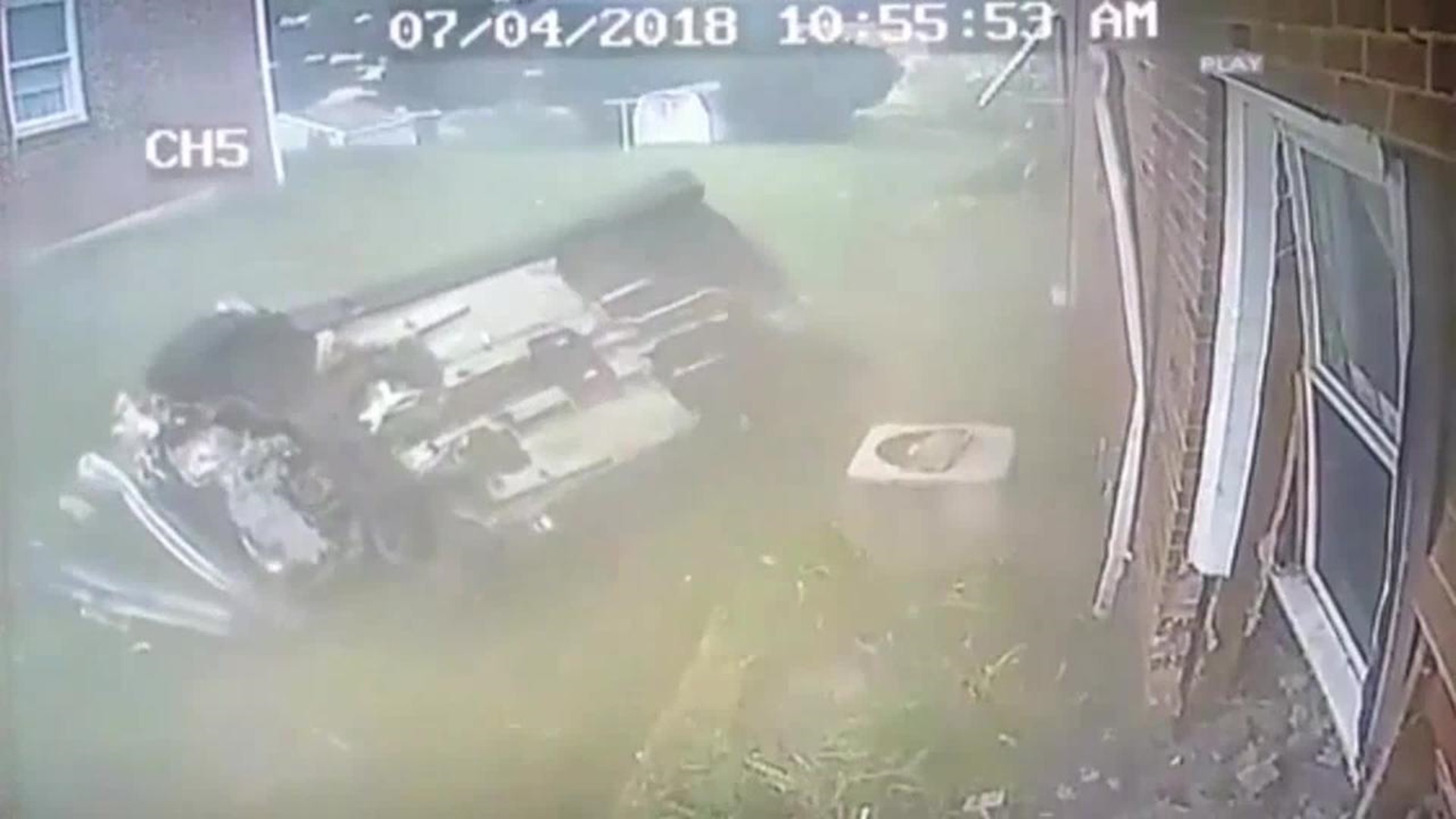 State police say they clocked Kameron Smith driving 80 miles per hour in an unregistered Mini Cooper on Interstate 83 in York County on Wednesday. When troopers tried to pull him over, Smith got off the interstate and led them on a chase.

Security camera footage shows Smith driving over a hill, crossing into a neighbor's yard and flipping directly into a brick home. He crawls out of the car's sunroof and is quickly placed in handcuffs.

The homeowner, Jennifer Smith, said she's lucky to be alive as she begins to pick up the pieces in the home she recently renovated.

"I don't even know where the night stand is that's usually over there - everything was wrecked," she said. "Luckily the timing happened like that, otherwise I would have been in here when that happened. It makes you think."

The crash is the second to happen in a month on that stretch of road. The driver wasn't injured, but has been charged with DUI, along with a slew of other violations.