'Cops aren't going to do anything to me': Passenger detained after reportedly attacking flight crew

An American Airlines passenger on Sunday reportedly attacked two flight attendants after her garbage was not picked up. 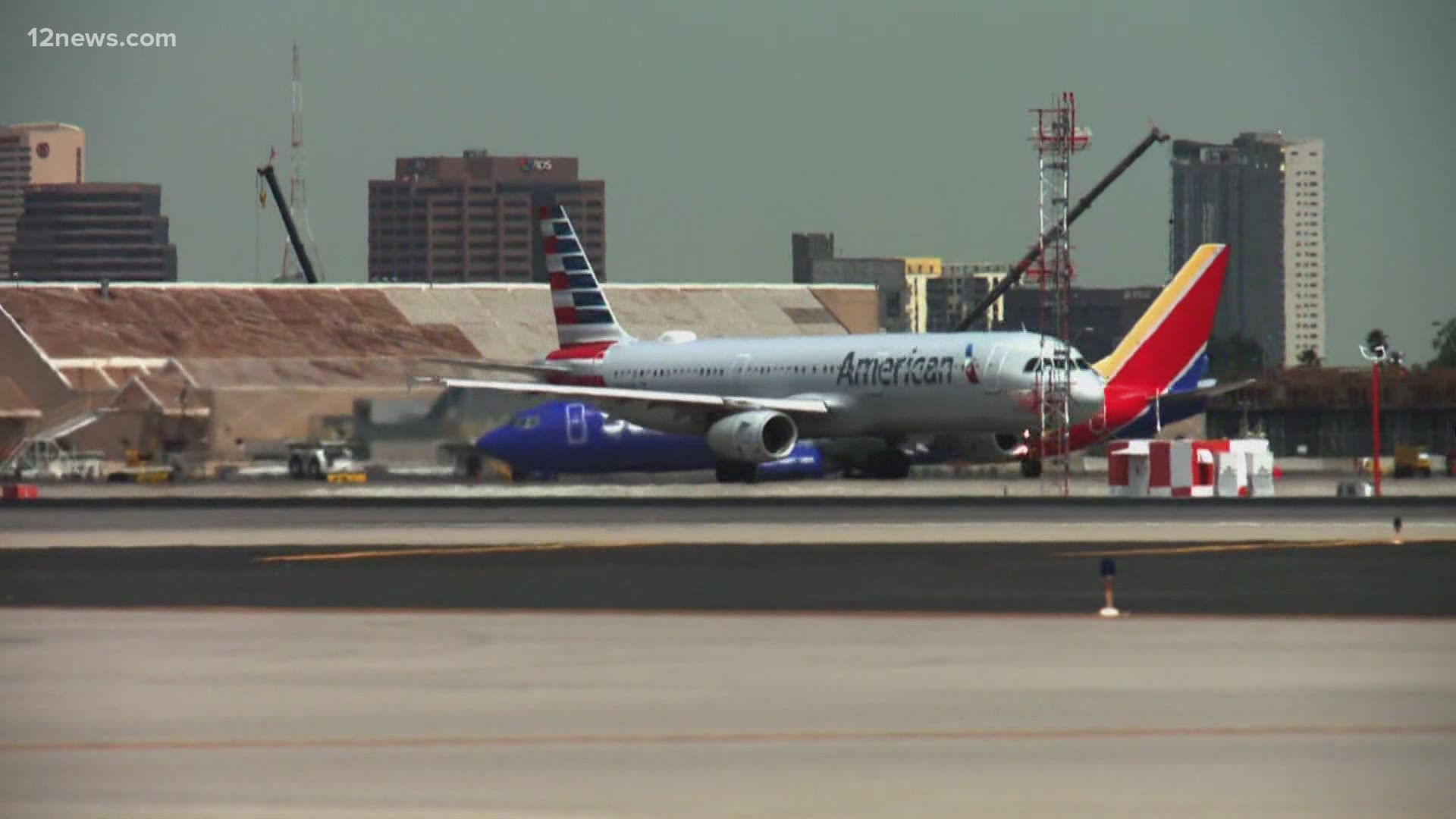 Just four months into 2021, incidents so far of air passengers that federal regulators describe as "unruly" has increased exponentially from what the Federal Aviation Administration sees in a typical year. That's what an FAA spokesperson told the New York Daily News Monday and it comes as air travel remains below typical numbers due to the COVID-19 pandemic.

In one of the most recent cases, a woman was restrained by an off-duty police officer on a flight after she reportedly attacked flight attendants for not picking up her garbage and then claimed police wouldn't do anything to her for it.

The FAA has received about 1,300 reports of unruly passengers from airlines since February, the FAA spokesman told the Daily News. About 260 of those have been identified as potential federal violations.

An online FAA database shows that, since 1995, the agency has reported an average of 179 cases of unruly passengers per year. There have been seven times as many cases since February.

Multiple news outlets, citing a criminal complaint, report a woman flying from Miami to New York on American Airlines Sunday left her seat and attacked a flight attendant, knocking the crew member to the floor. The complaint reportedly said the passenger, 28, then punched a second flight attendant who tried to intervene.

"The defendant stated to the victim that the 'cops aren't going to do anything to me,' and then struck the victim with closed fists, causing the two of them to fall to the floor," the complaint said, according to WABC. "At some point during the altercation, the defendant attempted to pull up or remove the victim's dress."

An off-duty New York City police officer who was on board reportedly responded and placed the passenger in restraints for the second half of the flight. The woman was taken into custody at JFK International Airport. The woman was reportedly released in $15,000 and travel restrictions.

Due to multiple incidents in which some passengers have been confrontational with flight crews, the FAA enacted a zero-tolerance, zero warning policy in January. As is often heard during the pre-flight safety briefing, it is against federal regulation to disobey flight crew instructions.

Incidents became more noticeable during the COVID-19 pandemic when some passengers refused to wear face masks. The FAA also noted an increase in incidents around the time of the Jan. 6 riot at the U.S. Capitol. But, another recently-cited issue has been passengers drinking their own alcohol that was not provided by the airline.

Those numbers come as air travel overall remains dramatically lower than two years ago. More than 1.6 million people were screened at U.S. airport checkpoints on Sunday, according to the Transportation Security Administration. That's 35% below the number of airport travelers reported on the comparable Sunday in 2019.

The Transportation Security Administration said Friday it will extend its mask requirement, which also applies in airports and train stations, through Sept. 13.

The FAA announced last week it was seeking fines totaling $63,000 against three unruly passengers who disrupted flights, drank their own alcohol that was not provided by the airline and disobeyed flight attendant instructions. Two of the passengers were accused of assaulting members of the flight crew.