Tornadoes have touched down near Joplin, Missouri, on the eighth anniversary of a massive twister that devastated the city and killed 161 people there. 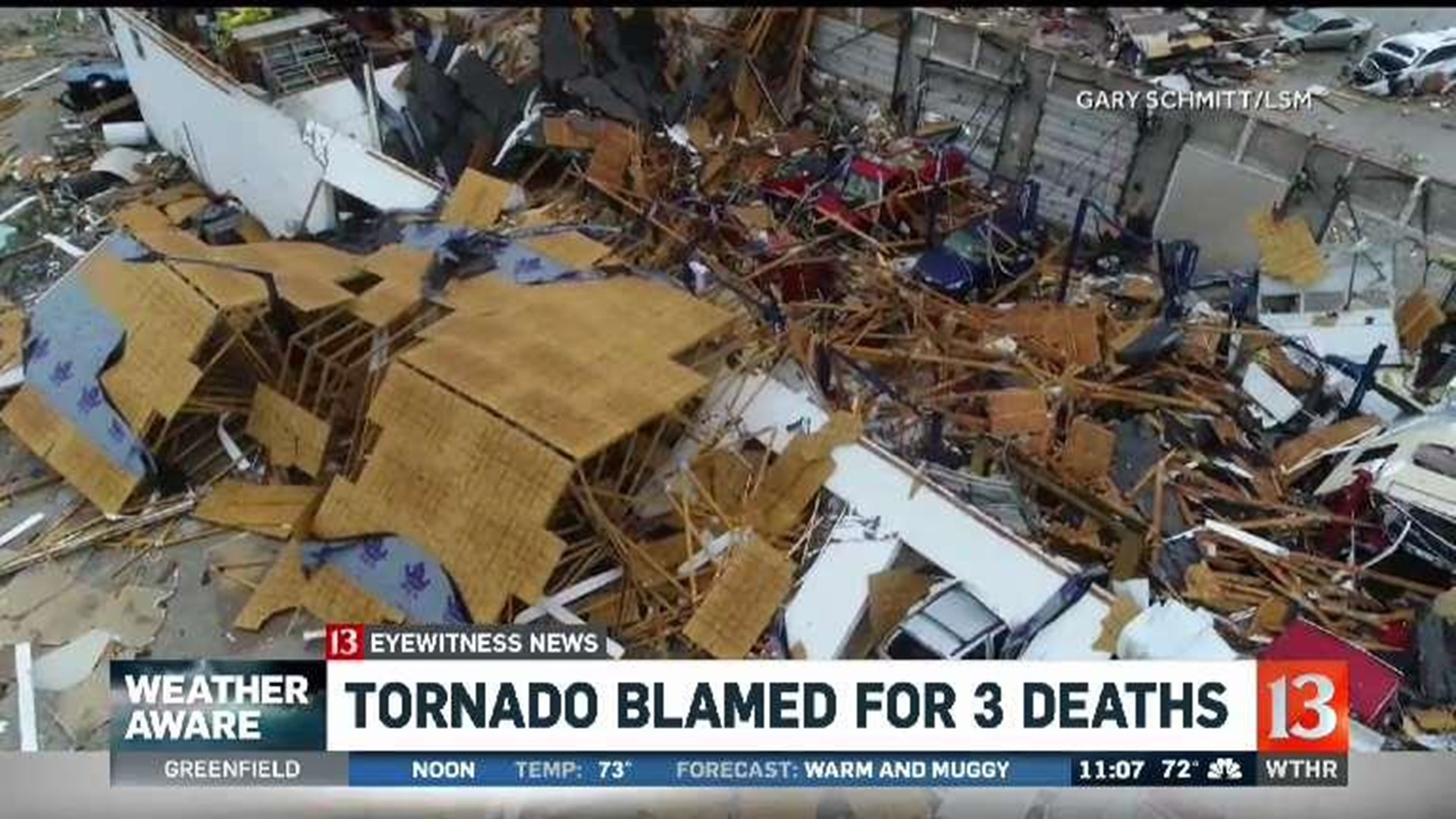 GOLDEN CITY, Mo. (AP/WTHR) - Tornadoes have touched down near Joplin, Missouri, on the eighth anniversary of a massive twister that devastated the city and killed 161 people there.

Jasper County Emergency Management Director Keith Stammer said a tornado started Wednesday night southwest of the small town of Carl Junction and moved northeast through the towns of Oronogo and Golden City. Carl Junction is about 4 miles north of Joplin.

Police in Barton County, Missouri say three people were killed when the storms hit between Lamar and Golden City. Search and rescue efforts were ongoing in the county, KSNF-TV reported. Emergency responders were using a drone with thermal imaging technology to check homes for people who may be trapped.

Stammer said authorities were conducting a house-to-house search in Carl Junction to determine whether anyone was hurt but no injuries were reported. He said roofs of homes were damaged, along with fences, farm buildings and utility poles.

Stammer said officials won't know the true extent of the damage until the morning.

The Joplin Globe also reported that the National Weather Services confirmed a tornado in Galena, southwest of Springfield, near Branson.