An off-duty firefighter reportedly stopped a man dressed in body armor and carrying tactical weapons at a Missouri Walmart Thursday. 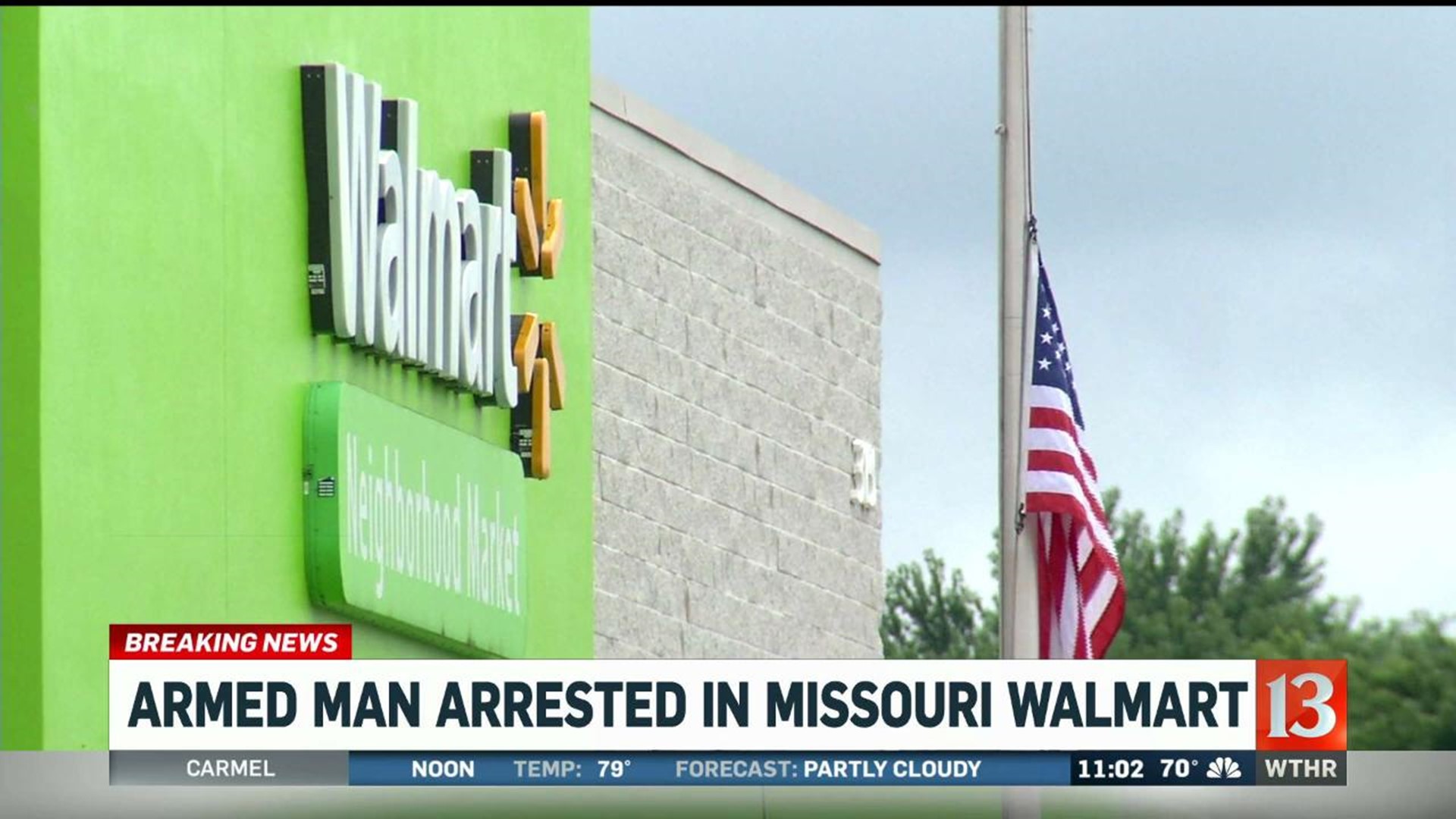 SPRINGFIELD, Mo. (AP) — Police in Springfield, Missouri, said they arrested an man who showed up Thursday at a Walmart store carrying a rifle and wearing body armor, terrifying shoppers who fled from the store.

Springfield police posted on Facebook that "an armed individual" was arrested. No shots were fired.

The Springfield News-Leader quoted Lt. Mike Lucas as saying that the man arrived Thursday afternoon wearing body armor and military-style clothing. He walked inside the Walmart carrying a "tactical rifle" and another gun. Lucas said the man had more than 100 rounds of ammunition.

Lucas said an off-duty firefighter held the suspect — a 20-year-old man who was not immediately identified — at gunpoint until police arrived about three minutes after receiving an initial call.

"Thankfully, there weren't any shots fired. I think it's great that that off-duty fire man was here," Lucas said.

Lucas said the suspect would be charged but the exact crimes would be determined later. Security video from inside the store would be reviewed to determine the man's demeanor and a possible motive, he said.

"His intent obviously was to cause chaos here, and he did that," Lucas added.

Springfield is about 165 miles (266 kilometers) south of Kansas City, Missouri.