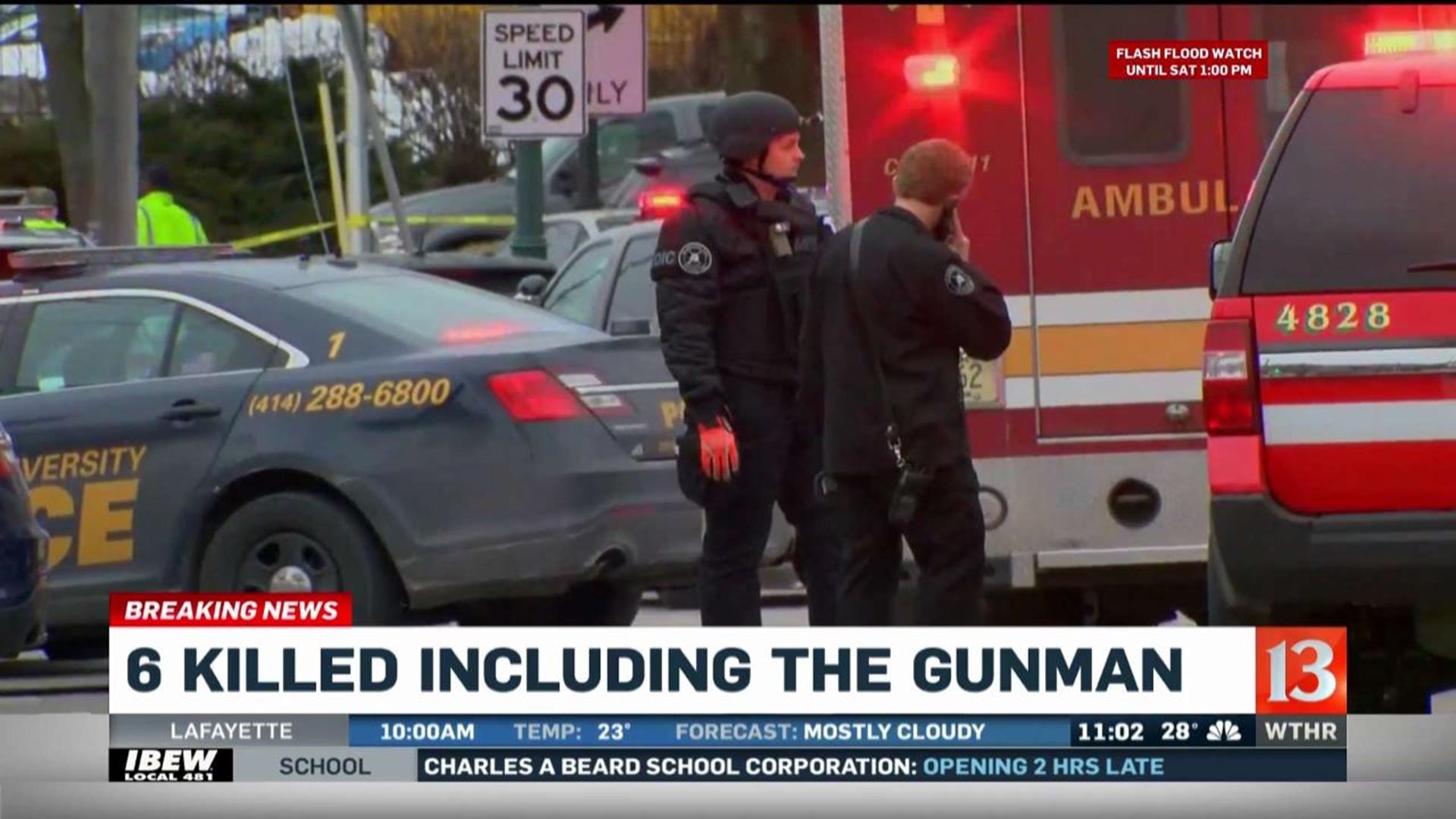 Police identified the gunman as a 51-year-old Milwaukee man who worked at the complex. The shooting occurred Wednesday at a sprawling complex that includes a mix of corporate offices and brewing facilities.

At least 600 people work there. It's widely known in the Milwaukee area as “Miller Valley," a reference to the Miller Brewing Co. that is now part of Molson Coors.

THIS IS A BREAKING NEWS UPDATE. THE AP’S EARLIER STORY IS BELOW.

Milwaukee police are responding to what they are calling a “critical incident” on the Molson Coors Brewing Co. campus amid reports of a possible shooting.

WISN-TV in Milwaukee reported Wednesday that a Molson Coors employee received an email about an active shooter near one of the buildings. Multiple local media citing unidentified sources reported fatalities at the scene, including the shooter. The Associated Press was not able to immediately confirm the reports.

Molson Coors spokesman Martin Maloney told the AP that there was an “active situation” but didn't have any further details.

There was a heavy police presence in the area, along with fire trucks and ambulances. Live video showed an officer in body armor getting an assault rifle out of a car. Emergency crews were continuing to arrive at the scene nearly two hours after the initial call to police.

The FBI and the federal Bureau of Alcohol, Tobacco, Firearms and Explosives were among the agencies responding. Milwaukee Mayor Tom Barrett also arrived on the scene.

The incident occurred at a sprawling complex that includes a mix of corporate offices and brewing facilities. At least 600 people work at the complex, which is widely known in the Milwaukee area as “Miller Valley," a reference to the Miller Brewing Co. that is now part of Molson Coors.

Milwaukee police asked that people stay clear of the area and that no helicopters or drones be flown over the site for “officer safety purposes.”

James Boyles told the Milwaukee Journal Sentinel that his wife, Lasonya Ragdales, works at Molson Coors in the claims department. She was texting from inside the building and told her husband that there was an active shooter and she was locked in a room with a bunch of co-workers, the Journal Sentinel reported.

“Miller Valley” features a 160-year-old brewery, with a packaging center that fills thousands of cans and bottles every minute and a distribution center the size of five football fields.

The facility is also home to corporate customer service, finance, human resources and engineering. Tours take people to underground caves where beer was once stored, a saloon with intricate woodwork, a stein hall with stained glass windows, a champagne room meeting hall with leaded glass windows, and an outdoor beer garden that can hold 300 people.