Medic checked one person for smoke inhalation but no one was seriously hurt. 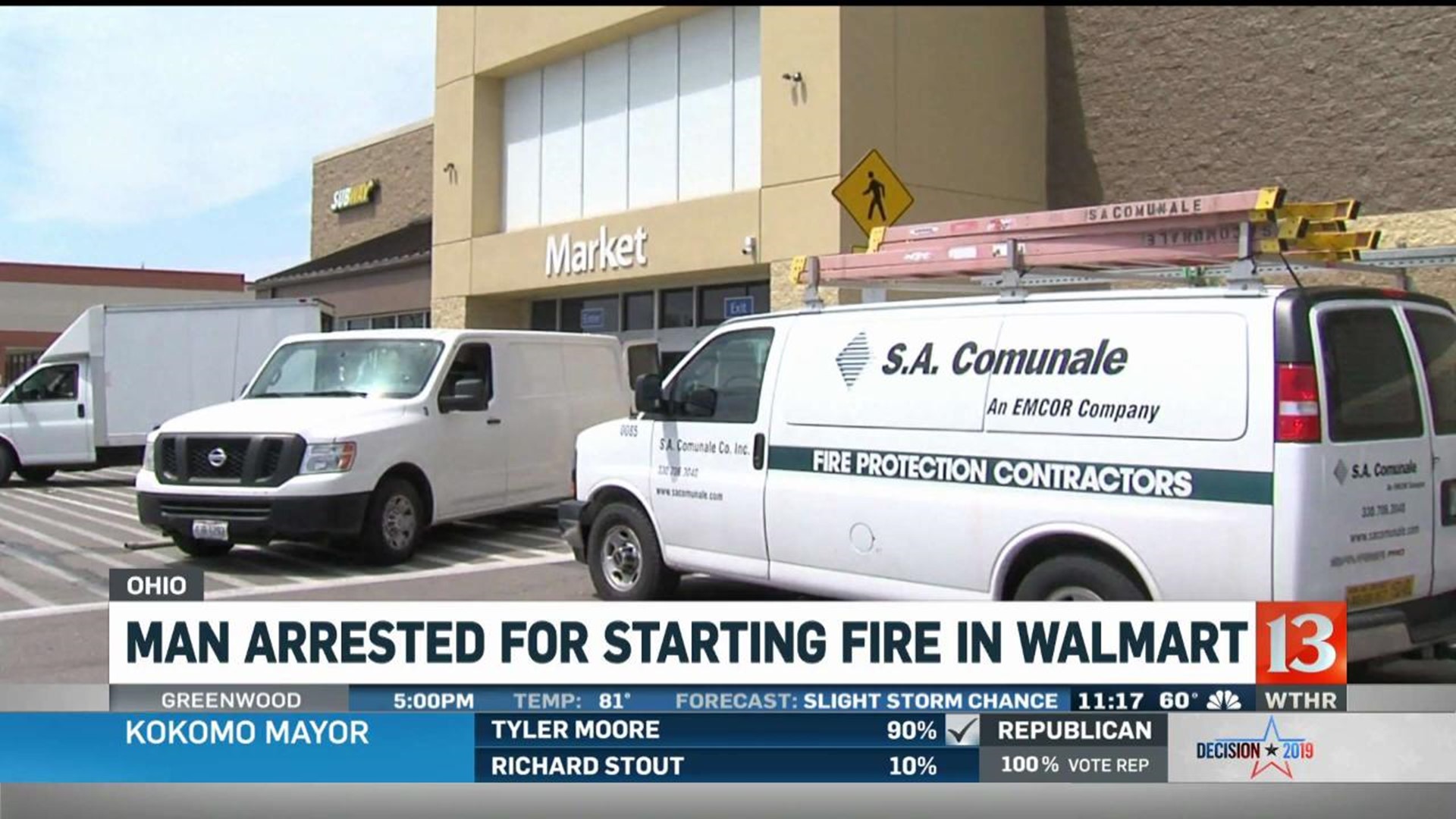 KENTON, Ohio (WTHR) — The FBI has an Ohio man in custody for an "act of terrorism" — allegedly starting a fire inside a Walmart.

Crews also searched the store after receiving reports of a "makeshift bomb."

"We suspected foul play and the arson team was called in along with the Hardin County Crime Task Force," said Kenton Police Chief Dennis Musser.

"We found an aerosol inside there," said fire chief Tim Clark. "At this point, we're thinking that was the sound of the explosion, that aeorosol can let go."

Medic checked one person for smoke inhalation but no one was seriously hurt.